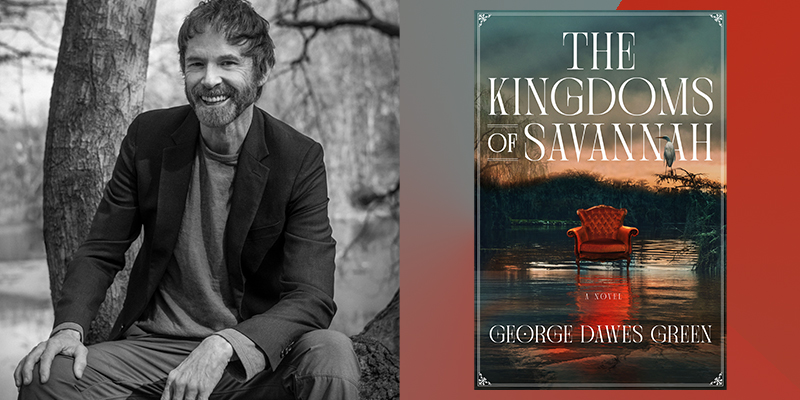 "I think you need a warped sense of humor that finds the darkest moments of life to be hilarious."

George Dawes Green is the founder of the Moth Radio Hour and the author of several thrillers. His latest novel, The Kingdoms of Savannah, is a dark and humorous portrayal of Savannah, its denizens, and a complex family led by a singular matriarch who also happens to be the head of a private detective agency. Green was kind enough to answer a few questions about genre, character, and the city of Savannah.

Molly Odintz: Do you consider this a Southern Gothic novel? What did you want to explore about romanticization versus the realities of the South?

George Dawes Green: The nature of any Southern novelist is to resist all labels. But this one I can’t fight. Thomas Bjerre says, “The Southern Gothic brings to light the extent to which the idyllic vision of the pastoral, agrarian South rests on massive repressions of the region’s historical realities: slavery, racism, and patriarchy.” Yep, that pretty much sums up Kingdoms—at least one strain of it.

Also: I recall long hot swampy nights in my boyhood, when I’d stay up till dawn reading Faulkner’s Absalom Absalom!  The dreamy troubled bliss of those nights. I don’t mind being lumped into that genre at all.

MO: Morgana Musgrove is a fierce character—is she inspired by any women in your own life?

There’s a bit of my mother Inez, a bit of my great-grandmother Inez, a bit of various cousins (some named Inez)—and a lot of a certain brilliant young woman I met when I was nineteen. I’ll call her Tara. Tara was seventeen. She’d grown up in the tiny backwoods town of Surrency (two blinking yellow lights on the highway to Hazelhurst), and she had a natural gift for plumbing motive and character, and for reinvention. She is truly the ur-Morgana (Morgana is a Savannah doyenne in her sixties, but in the course of the story her roots in the hinterlands are revealed to us). I haven’t seen ‘Tara’ in fifty years, and have no idea of what became of her and where she is now. But just told a Moth story about her, and I’m hoping she might hear it on the radio and reach out to me.

MO: I felt echoes of Midnight in the Garden of Good and Evil in Kingdoms of Savannah; can you talk about your literary influences and the meaning of place in the novel?

GDG: I love Midnight! But the strongest influences to Kingdoms are maybe All the King’s Men, which like Kingdoms is all about growing up in a gorgeous place riddled with corruption and compromise; and my favorite novels of place, the four volumes of  The Alexandria Quartet. But Savannah has something that even lush Alexandria might envy: the propinquity of the different neighborhoods: the way utterly different worlds are mere strolls away from each other. All the kingdoms seem so compressed and so full of an unbearable tension.

MO: Storytelling is your life; how does writing compare to spoken word storytelling?

GDG: The best personal stories are plain and tossed-off and feel freshly baked and have a simple urgency. My thrillers have too many voices and twists for that—but  I keep aspiring.

MO: The housing crisis pops up in the form of a homeless encampment in the novel. What did you want folks to think about when it comes to housing issues?

GDG: Well, I don’t know any solutions. My friends James and Brenda, who lived for years in the encampments, had no interest in ‘shelters’ or ‘employment training’. They mostly loved their lives in the camps, loved the freedom and the characters. Hated the danger, of course, and the no see-ums and the mosquitoes—but  as they would not work nine-to-five, and would not work in the sugar refinery, and would not give ghost tours, something had to give.

MO: There’s so much humor in the novel, yet it doesn’t detract from the mission of social criticism. How do you make a book funny while still keeping it, well, serious?

GDG: Ha! I think you need a warped sense of humor that finds the darkest moments of life to be hilarious. Which brings us back to Southern Gothic. A dead body is tossed out on the dark highway to Surrency. Soon a vulture, a fox and a crow approach, and start to quarrel over the bones. What, I wonder, would they be saying to each other? Yes, this is my genre. 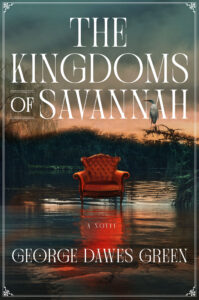 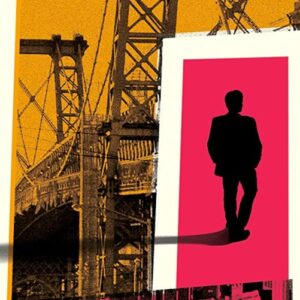 Another week, another batch of books for your TBR pile. Happy reading, folks. * Helen Cooper, The Other Guest (G.P....
© LitHub
Back to top