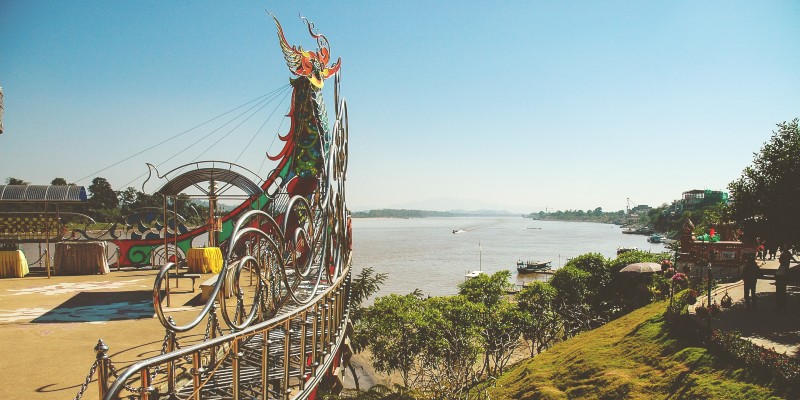 "How animals are trafficked is only one of the best-kept secrets of the international criminal underworld."

Several years ago, I was hired to write an animal trafficking movie for Leonardo DiCaprio, who was hoping to shine a light on that particular issue. The elation of getting the job was soon followed by panic at the discovery that almost is nothing is known about how animals are actually trafficked. This was surprising, because animal trafficking is one of the largest illicit markets in the world, along with drugs and guns. But unlike drugs and guns, animals are not a law enforcement priority, so what little is known about poaching/trafficking is limited to stories in magazines like National Geographic about poachers in sub-Saharan Africa and ivory markets in Asia. But barely anything is known about how animals are actually trafficked from the point of production (i.e. killing) to the consumer. It would be as if all we knew about cocaine was that it was grown in South America and somehow ended up in the United States.

As a writer, I’ve always loved taking on cutting-edge issues and exploring the truth of what’s really going on in our world, but you can’t have truth without facts. And in the case of animal trafficking, if I wanted the facts, I would have to dig them up myself. The first step was setting up phone interviews with folks at the major wildlife non-profits as well as government agencies (CIA, Homeland, etc.) to gather as much information as possible. I subsequently contacted several environmentalists who’d done extensive fieldwork on this topic, and I pieced together what turned into a month-long journey through seven countries to experience the issue firsthand. I also worked with my contacts to develop cover stories that would hold in each location.

From the moment I touched down in the Golden Triangle and met up with Swiss conservationist Karl Ammann, the rabbit hole quickly got very deep and very dark.

Together with Karl and his local fixer, we journeyed to a checkpoint in Myanmar where we were forced to surrender our passports before entering “Special Region 4”. Special Region 4 is essentially a black hole that, as far as the rest of the world is concerned, doesn’t exist. It’s controlled by a Shan warlord named Sai Leun who, as the story goes, was the top opium producer in the Golden Triangle and was in a stalemate with the Burmese government, who eventually allowed him to have his own autonomous region with his own military and police force. The epicenter of Special Region 4 is Mong La, a city of about 100,000 people on the border of China where no journalists are allowed. To get there, we traveled half a day through the jungle, drove through the warlord’s golf course, and emerged in the center of town where I was shocked to immediately encounter all manner of illegal activity happening in plain sight—gambling, prostitution, and countless endangered animals for sale. Visitors could buy tiger parts or rhino horn in the stores, and restaurant row had caged animals all along the sidewalks where predominantly Chinese consumers could buy pangolins and other rare creatures and have them butchered and prepared. Because there is no oversight or consequence, it’s all completely out in the open. It was in Mong La that I first had the idea of turning the story into a novel, when I opened my journal and wrote: “Welcome to Extinction City.”

Special Region 4 wasn’t the only autonomous region of that sort in Southeast Asia. There were others like a truck stop turned casino boomtown in Laos called Boten. There, I encountered the most horrifying thing I’ve ever seen—a bear bile farm where bears spend their entire lives in “crush cages,” hooked up to catheters that drain their bile for use as a fake hangover cure.

And then there was the Kings Roman Casino in the “Golden Triangle Special Economic Zone”, which is run by a kingpin named Zhao Wei whom the US Treasury has accused of drug, wildlife, and human trafficking. It was at the Kings Roman Casino that I was offered sauteed tiger meat and tiger wine (rice wine aged with a tiger carcass). Our fixers informed us that the tigers were sourced from the Casino’s tiger “zoo” across the street where we observed construction workers building new speed-breeding pens.

In Vietnam, there was no official “special zone”, but rather an entire suburb of Hanoi called “horn village”, where we used a button camera to film large amounts of rhino horn that was being carved and sold both as jewelry and as powder to make “rhino horn tea”. There were also elephant and tiger parts, and pangolin scales, and I was taught how the syndicate smuggles in ivory bracelets by painting them brown and claiming they are wood before removing the paint at the final destination.

After the Southeast Asia portion of the trip, I then journeyed to South Africa, where I joined rangers on operations before heading to Mozambique, where I visited Massingir, a poor village where many of the poachers who venture into Kruger are based. It was there that I was surprised to learn that the kingpins in that region almost never do the poaching themselves, but instead rent stolen weapons to young locals who must either kill a rhino or be faced with a debt to the crime boss that will be impossible to repay.

There are many details I am leaving out, like the long saga of my detention in Special Region 4 by Sai Leun’s police force, or meeting with a back-alley doctor in Hanoi who assured me the high priced “tiger cake” he was offering could cure any ailment from sexual dysfunction to impaired vision, or my time with organized crime detectives in Hong Kong. And once I got home, I began the real journey of trying to distill all the facts down into the essential truths and themes I wanted to explore in the story I was writing.

When I first took on the project, I had some assumptions based on what little I knew about the issue. First and foremost, I thought that these critically endangered animals were being poached and trafficked for medicinal purposes, and I was wary of writing a piece that was judgmental about cultural differences. However, the truth is that trafficking has nothing to do with culture, and everything to do with crime and corruption. In all of the places I went, the customers were wealthy individuals who were purchasing exclusivity in the form of bracelets and jewelry and eating animals that no one else could eat—not for any health benefits, but just for the thrill of it. Sure, occasionally lip service was paid to the medicinal value, but usually that was just in the form of being told that tiger wine would make you more sexually potent. (Or that tiger cake or rhino horn tea would make you more sexually potent; it was a common theme!) And the one instance I encountered of people truly believing in the healing power of rhino horn was in Vietnam, where gangsters prey on cancer patients to actively instill false hope and bleed families dry.

The truth is that animals are being trafficked by dangerous criminal syndicates who also traffic in narcotics and humans. And these cartels are being allowed to operate in areas of Myanmar, Laos, and other parts of Southeast Asia where there is zero international oversight or will to shut them down. Moreover, the parts are being consumed by wealthy people who come to these regions to gamble, sleep with underage girls, and engage in all of the other activities that are illegal in their home country.

How animals are trafficked is only one of the best-kept secrets of the international criminal underworld because no one is bothering to look except for a few passionate environmentalists. If a writer like me can infiltrate the underworld that easily, imagine what real law enforcement agencies could do, or the pressure the international community could put on countries to shut it down.

But before change can happen, people must first learn the truth, and my hope is that Animals will make it at least a little bit harder to say we didn’t know.

While I was working on the story, I got to know Dr. Jane Goodall, and I came across a quote from her that became my magnetic north on the project: “The greatest danger to our future is apathy.”

Once people know the truth, hopefully they care enough to act and shut down these black hole regions where trafficking kingpins are cashing in on the end of the wild.

Because my only goal with my novel, Animals, is to raise awareness for the issue, 100% of my proceeds are being donated to organizations protecting wildlife. 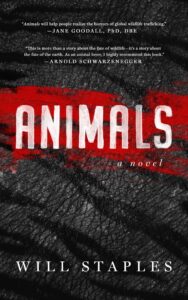 Will Staples writes movies, television series, video games, and books. He has worked on such films as Without Remorse and the Mission Impossible franchise. His television work includes the Jack Ryan and Shooter series and adapting Tom Wolfe’s book The Right Stuff for Disney+. He has written numerous hit video games, including Call of Duty: Modern Warfare 3. His debut novel, ANIMALS, is now available. 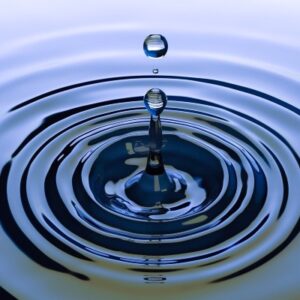 The 2008 documentary Have You Seen Andy? is, sadly, not a unique true crime story. An unsolved mystery, a missing child,...
© LitHub
Back to top