“In a hole in the ground there lived a hobbit. Not a nasty, dirty, wet hole, filled with the ends of worms and an oozy smell, nor yet a dry, bare, sandy hole with nothing in it to sit down on or to eat: it was a hobbit-hole and that meant comfort.” –J.R.R. Tolkien

I think the first time I noticed architecture in a story was when it gave me a nightmare. I could not stop imagining Little Red Robin Hood’s grandmother’s cottage and the wolf lying in her bed waiting to make a meal of her. Since then, I have hung out in Geppetto’s workshop, been locked in a tower with Rapunzel, lived in a secret annex with Anne Frank, and divined magic spells in Hogwarts Library with Harry Potter. More than just setting, architecture in a story is a tangible, manmade entity, and as such contains the personality of its creator as well as its inhabitants. It can enclose and protect, comfort and inspire, oppress and entrap. At its best it has heft and influences the characters, tone, and mood of the story. Below are six current novels in which architecture plays an important role. 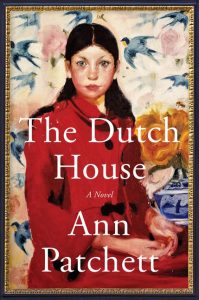 Probably the strongest example of architecture as a character in a recent novel is Ann Patchett’s The Dutch House. Self-made magnate Cyril Conroy surprises his wife, Elna, by buying a modern architectural masterpiece on the outskirts of Philadelphia. Both a status symbol for inclusion into the aristocracy he longs to be a part of and a self-imposed exile from the world, Cyril revels in his new glass castle as Elna languishes. Over the next several years, she deteriorates physically and mentally, until one day she leaves, abandoning Cyril and their two children to go to India and devote herself to the poor, recompense for the ostentation the house symbolized. Patchett does a beautiful job describing the home and its subversive power: “Seen from certain vantage points of distance, it appeared to float several inches above the hill it sat on. The panes of glass that surrounded the glass front doors were as big as storefront windows and held in place by wrought-iron vines. The windows both took in the sun and reflected it back…” 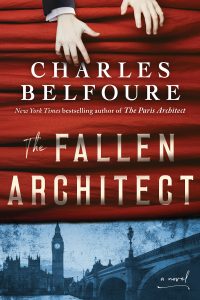 The failure of a building is the catalyst of this story. When the balcony of the newly unveiled Britannia Empire Theater collapses and fourteen theatergoers die, architect Doug Layton is convicted of their murder. Five years later, he is released from prison and determined to unravel the riddle of his tragic mistake. Belfoure does a brilliant job describing the pride Layton felt in his masterpiece before the tragedy: “And what a place! The new Britannia Empire was beautiful… Real electric lights twinkled above him like stars in the night sky. The elegant white plasterwork on the face of the horseshoe-tier balconies that wrapped around the theatre reminded him of crème frosting on a wedding cake. Plush, red velvet, soft as a kitten, covered the seats. When the audience had filed in, they’d been so taken with the beauty of the interior that they’d actually cheered and applauded the theatre itself. The Britannia was bloody magical.”

A.J. Finn, The Woman in the Window

Shelter. Prison. Asylum. Trap. The five-story Manhattan brownstone of shut-in Anna Fox is all those things. You feel its safe enclosure and then its slow constriction as it closes in around her as a dramatic murder mystery unfolds. Bit by bit the large home grows smaller until it is a noose around Anna’s neck, cutting off the air and threatening to destroy her: “I shrivel against the glass, wilt there in the cold. I imagine the rooms of my house, one by one, throbbing with that noise.” 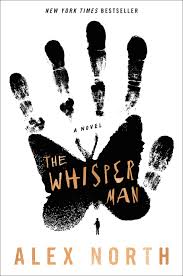 “It was safe to say it was Jake who had chosen this house. I hadn’t been able to see the appeal at first. It was a small, detached property—old, two stories, with the ramshackle feel of a cottage. But there was something a little strange about it. The windows seemed oddly placed, so that it was hard to imagine the layout inside, and the angle of the roof was slightly off, so that the face of the building appeared to be tilted inquisitively, perhaps even angrily. But there was also a more general sensation—a tickling at the back of the skull. At first glance, the house had unnerved me.” It turns out Tom Kennedy had good reason to be unnerved. The home he and his six-year-old son, Jake, move into ten months after his wife’s death, hoping for a fresh start, carries dark secrets within its walls and turns out to be a key player in this wonderfully spooky thriller by Alex North. 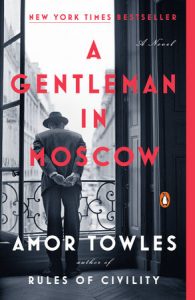 Amor Towles, A Gentleman in Moscow

A Gentleman in Moscow is based entirely in Moscow’s famed Hotel Metropol, an art noveau landmark, where a Russian aristocrat, Count Rostov, has been sentenced to house arrest for the remainder of his life. Since the novel’s blockbuster success, the hotel has begun offering tours so fans can follow in the count’s footsteps and also offers “A Gentleman in Moscow” package complete with a stay in the Count’s room, drinks at “the Shalyapin bar,” dinner consisting of the Count’s favorite meals, and breakfast by the hotel’s fountain at the Piazza, which was an important spot in the novel: “…the Piazza did not aspire to elegance, service, or subtlety. With eighty tables scattered around a marble fountain and a menu offering everything from cabbage piroghi to cutlets of veal, the Piazza was meant to be an extension of the city—of its gardens, markets, and thoroughfares…where the lone diner seated under the great glass ceiling could indulge himself in admiration, indignation, suspicion, and laughter without getting up from his chair.” How wonderful it would be to sit under that glorious glass ceiling and experience the novel in such a unique and immersive way. 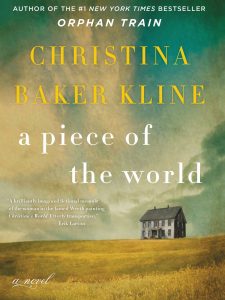 Christina Baker Kline, A Piece of the World

This wonderful ekphrastic work of fiction is an exploration into the life and times of the woman in the foreground of Andrew Wyeth’s haunting painting Christina’s World. Crippled at a young age by a neuromuscular disease, Christina Olson can no longer walk. She gets around by pulling herself along the ground in and around the family’s farmhouse near Rockland, Maine. Author Christina Baker Kline describes the farmhouse and Andrew Wyeth’s view of it in the third paragraph: “He did get one thing right: Sometimes a sanctuary, sometimes a prison, that house on the hill has always been my home. I’ve spent my life yearning toward it, wanting to escape it, paralyzed by its hold on me.” Much of the novel revolves around the limited world of this remarkable woman’s life. 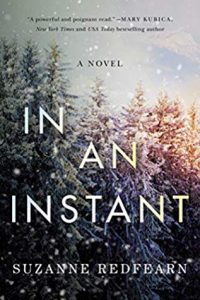 Suzanne Redfearn is the author of IN AN INSTANT (Lake Union Publishing). 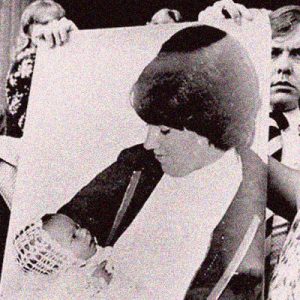 Meryl Streep didn’t quite nail the accent in A Cry in the Dark. No disrespect to her, ever: Australian accents are hard....
© LitHub
Back to top