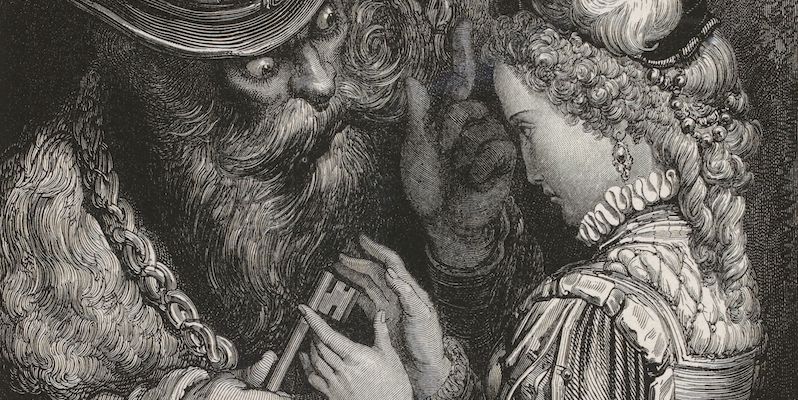 Are Crime Thrillers Our New Folklore?

Mark Twain famously claimed that there is no such thing as a new idea. “It is impossible. We simply take a lot of old ideas and put them into a sort of mental kaleidoscope. We give them a turn and they make new and curious combinations…”

This is bad news if you’re a writer. We need new ideas, fresh, authentic, original material, and our readers demand that too. Twain offers a ray of hope, however. “We keep on turning and making new combinations indefinitely; but they are the same old pieces of colored glass that have been in use through all the ages.”

“Colored pieces of glass” actually sound wonderfully creative, but where can we discover the best, most vibrant pieces of glass? The world of myth and legend. Here is an interesting definition of a myth: a traditional story, especially one concerning the early history of a people, or explaining a natural or social phenomenon.

How about folklore? In The Lore of Scotland: A Guide to Scottish Legends (Arrow Books, 2011), Sophie Kingshill describes folk tales as a way of personifying the forces of nature, a way of helping people understand the world and giving them some control over their surroundings and circumstances.

Are crime thrillers our new folklore?

It’s my belief that today’s readers want the same things from a story as their ancestors did, long before the invention of the written word. Huddled around a fire in a dark cave, our forebears must have thrilled to tales of light and dark, of good and evil, of life and death. Such things lie beyond the safe circle of the firelight. Who knows what dwells out there, in the dark? Humans are capricious. We enjoy being afraid when the threat is only in our imaginations.

Folk stories can be place-specific, and moulded by collective memory, and shared anxieties. They can hold a mirror up to how we really are, allow us to reflect on our basest natures. Kingshill describes Scottish folklore as being “full of terror” and no doubt, reading this, you can conjure up some dark and disturbing tales from your own part of the world.

How does this translate to modern day police procedurals, psychological thrillers and suspenseful crime noir? Take the grizzled detective trope. He is the shaman figure, the all-knowing wise man on the trail of the powers of darkness. He may not have all the answers, but he has good on his side, and we want to see good win out over evil, the victim avenged. That lone, frightened woman in the psycho drama has evolved since the Hitchcockian era. Strong female figures are much more likely these days to be the heroes of their own stories, and sometimes even the villain. They must undergo a nightmarish struggle, an epic battle with the forces of the dark, like the warrior queens of myth.

Today’s readers want the same things from a story as their ancestors did, long before the invention of the written word.

For my third novel, The Unmaking of Ellie Rook, I’ve drawn inspiration from the story of Finella, a real historical figure who lived on the east coast of Scotland in the tenth century. When her son was executed by the King of Scotland, Finella took justice into her own hands and murdered the king, before falling to her death from a notorious waterfall during the subsequent pursuit. The power of this story lies in its themes: maternal love, revenge, justice at all costs, life and death. I used these emotive ideas as the foundation of a very modern story. When her mother goes missing, my female protagonist, Ellie, is faced with some stark choices and difficult truths. She must channel the strength of this mythical warrior in order to win through.

Like our traditional stories, crime novels are rooted in a sense of place. Familiar landscapes become somehow subverted when an atrocity has taken place. People are scared to walk their usual routes, to venture out as the light fades. As a writer of dark Gothic fiction, setting is important to me. I’m fascinated by the ‘flip-side’ of the landscape, how a place we think we know can become truly alien when imagination takes over.

For my second novel Bone Deep (Gallery Books) I found inspiration in an old folk story entitled The Cruel Sister, often known as the Twa (Two) Sisters in Scotland. This later became a murder ballad, which has inspired not only me but countless other writers and artists from Alfred Lord Tennyson to Bob Dylan.

The ballad was first formally documented by Sir Walter Scott in his 1802 collection, The Minstrelsy of the Scottish Border, but this macabre tale has crossed borders, oceans, and cultures, with more than 531 versions of the ballad currently recorded in countries all around the world, according to the Roud Folk Song Index, which catalogues traditional songs.

The challenge for me was how to incorporate this fascinating tale into a contemporary thriller. After all, I’m not an historical novelist and I like creating modern characters in very 21st century situations. However, the past is never far away. In Bone Deep, my protagonist Lucie is helping Mac, a rather eccentric academic, to organise her work. Mac is collecting old folktales and ballads, and I wondered what would happen if Lucie began to see herself in the tale of the Two Sisters.

The premise of the ancient tale is simple but deadly. Two sisters go down to a body of water, sometimes a river, or the sea, but often, as in Bone Deep, a mill pond. The older sister pushes the younger one into the water and refuses to pull her out. At the last minute she realises what she’s done and tries to grasp her hand before it becomes a case of murder most foul…

The motive is always jealousy. In some variants of this tale, the sisters are being two-timed by a suitor; in others, the elder sister’s affections are not returned by the young man, and he proposes marriage to the younger girl. I won’t reveal any spoilers but suffice to say the plot of Bone Deep encompasses many of the themes that make folklore so relatable: love, lust, rivalry, jealousy and betrayal. Good versus evil. Life over death.

Like Grimm’s Fairy Tales which subliminally caution us on the inherent dangers of the forest, modern crime fiction can serve as a timely warning.

Successful novels raise the stakes and embrace high levels of jeopardy. We can enjoy them in the sanctuary of our brightly-lit homes, enjoying the frisson of fear yet secure in the knowledge that the dark can’t get in. Crime thrillers serve as a reminder that the bad things are still out there, but, for now, we are safe. They serve as a window on what might happen, or what could be happening in your neighbourhood right now. Increasingly, crime novels give a voice to the unheard victims or crime; they have a social consciousness and can teach us about the things we should be aware of—human trafficking, drug abuse, teenage homelessness. Like Grimm’s Fairy Tales which subliminally caution us on the inherent dangers of the forest, modern crime fiction can serve as a timely warning.

Books are now competing with a wide range of viewing platforms. Quality dramas play out every night on Netflix, Amazon and other streaming services. It seems the whole world is a storyteller, and yet the novel survives. Bookselling statistics in themselves tell an interesting tale. According to Writers Online, a UK-based writing forum, the bestselling adult genre in the UK in the last few years has been crime, outselling literary and general fiction for the first time. In 2017, Nielsen BookScan figures revealed that 18.7 million units of crime books were sold, compared to 18.1 million of general and literary fiction. The popularity of psychological thrillers such as Paula Hawkin’s The Girl on the Train and Shari Lapena’s The Couple Next Door have added immeasurably to this popularity. In the United States, Publishers Weekly reports that in 2018, suspense/thrillers were holding their own, although a slight slump in the romance figures make me wonder if readers no longer expect a happy ending?

I suspect that rather than looking for an antidote to the unpredictable natures of our times, perhaps we need our stories to “tell it like it is.” Just as our ancestors, huddled in that safe circle of firelight, depended upon cleverly-woven tales to help them make sense of an uncertain landscape, we too need our reading material to be sharp, authentic and true to the world we live in.

The relationship forged between an author and their readership is an intimate one, built on age-old expectations. As Twain’s “colored pieces of glass” sparkle their way into a brand-new story, we want to be taken on the sort of terrifying, perilous and magical journey we have enjoyed since the beginnings of our existence.

Sandra Ireland is the author of the novels Beneath the Skin and Bone Deep. Before turning to fiction, she worked as a journalist. Born in Yorkshire, England, she spent many years in Limerick, Ireland, and now lives near Edinburgh. 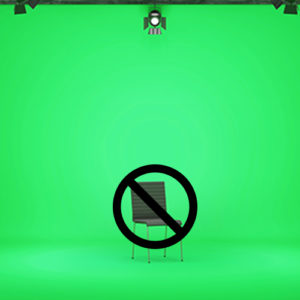 I am on my way to Charleston, South Carolina, diving headfirst into Dixie because the star of the movie I wrote based on the novel...
© LitHub
Back to top