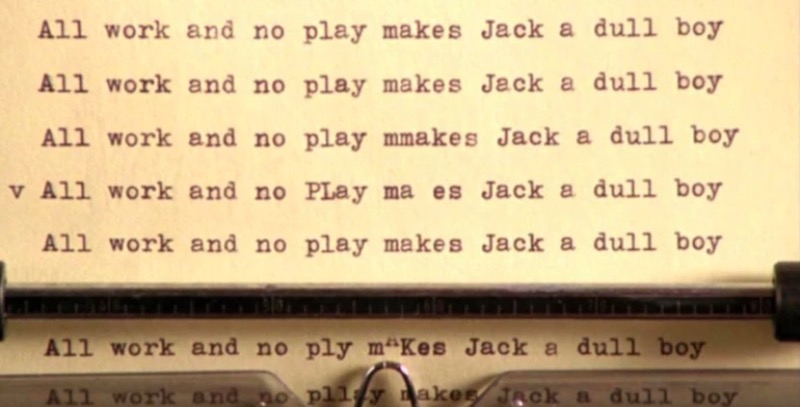 Authors Weigh In On Their Creepy Creations

Any reader or writer who has met Lou Berney will tell you he’s one of the nicest crime-fiction authors around. Last time I saw him, the Edgar Award winner and bestselling author of November Road was volunteering at the registration desk at the Bouchercon mystery-thriller conference, wearing his usual plaid flannel shirt, deploying his usual self-deprecating humor. Berney is such an unfailingly likable guy that it kind of pisses you off.

He’s also the creator of Paul Barone, the soulless mafia assassin in November Road who thrusts an ice pick into an adversary’s ear and dispatches an innocent teenager with two clinical bullets to the back. Which can make one wonder who’s really more deviant: real-life Berney or fictional Barone? Or, to spread the skepticism around a bit, are we (authors) secretly as twisted as the twisted characters we conjure? Based on my conversations with some of the best writers in the business, the short answer is:

Listen to my fellow Chicago author Tracy Clark on a made-up character she calls Murray. “Murray buys shoes, owns a cat,” she says. “He eats and sleeps, has wants, desires. He has also killed six people and has a secret room in his place filled with shiny tools of torture. I gave him all that stuff. Weird thing is, Murray doesn’t know he’s bent. From where Murray’s standing, it’s the rest of the world that’s kinked up. And I get inside Murray’s head and write him just that way. Or is that my head? How else could little old well-adjusted me breathe life into an in-your-face, don’t-give-a-fig-who-lives-or-dies psychopath?”

Danielle Girard says readers have long asked her how such a “sweet and innocent” person can write, for instance, from the point-of-view of a pedophile, as she did in Chasing Darkness. She suspects this capacity arises from a “worse-case scenario mindset” in her youth. “My childhood superpower seemed to be finding the hidden threats in any situation—the bathrobe hanging on the back of the door which transformed into a hooded man with a knife in my dark bedroom.”

Then there’s Riley Sager on Vivian, the summer camp queen bee whose disappearance levitates Sager’s The Last Time I Lied. “She’s brash and brittle, friendly and scheming, headstrong and needy,” Sager says. “Writing Vivian was a joy because I got to open that dark cupboard in my brain where all my meanest thoughts are stored. Those cutting remarks and petty insults I’d never dare say aloud? Vivian says them. Every dark thought I feel guilty for having in my head? She thinks them.”

I have a theory, unrooted in scientific fact, that my subconscious works away on my plots and characters while I’m occupied with things other than writing. I believe this because when I return to a manuscript, I often discover that what I expected of a character the day before has changed. Often, I adjust accordingly. If I’m right about my subconscious, then somewhere in that murk lies the ability to channel a pedophile, a pathetic drunk, someone who commits suicide, a devious autistic boy and, in my new book, Purgatory Bay, a hollowed-out woman pursuing a murderous vendetta. The only thing I have in common with these fictional people is that we’re human. And that matters.

“Ideally, our darkest characters come from a place of empathy, a part of us that wants to understand why other people—people who are fully human, not sociopaths or narcissists—rationalize transgressing important societal boundaries,” says Laura Lippman, author of many acclaimed novels and an upcoming collection of essays. “Who crosses the line? Why? Just today, I found myself pondering how anyone justifies not cleaning up after their dogs. It’s so clearly wrong and so many people do it. What are they thinking in that moment? How do they justify it?” Is it possible that deep within those sidewalk scofflaws lurks the faint heartbeat of a serial killer?

Maybe, says two-time Edgar winner Steve Hamilton. “Each human being carries within them a million years’ worth of darkness in their souls,” he says. “Crime writers get to bring that side into the light. The writers who write the darkest stuff in crime fiction are always the most laid back, happy people, because they get to work that stuff out on the page every day.”

So, from inside the head of Danielle Girard’s pedophile, “We get a glimpse of Gerry’s self-loathing, his loneliness, and his desperation to change his unnatural compulsions,” the author says. “The result is that we feel compassion for Gerry rather than only revulsion.” Riley Sager freely admits he wishes he could do some of the awful things he has his character Vivian do. “Does that make me as devious as she is?” he says. “No, it makes me human.”

There are limits that help illuminate the divide between what we can imagine and what we are. When Bosch creator Michael Connelly was a newspaper reporter, a police source gave him the transcript of an audiotape made by a suspected serial killer as he tortured and murdered a female hitchhiker. The source also offered the actual audio, and Connelly debated listening to it: “Wouldn’t hearing the real thing inform my work and make it more real and believable?” No, he decided. “In many ways it’s best to keep fiction as fiction,” he says. “You can create twisted villains who do twisted things but as long as it’s just that, fiction, you can pull it off without guilt and sleep at night. So can your readers.”

A reader of November Road gave Berney pause discussing the assassin Barone at a library book club. “She loved the character and hated the guy,” he recalls. “I found myself rising to Barone’s defense: ‘He’s not that bad.’ The woman just looked at me and started listing all the things Barone does in the book, and I had to kind of take a step back and say, ‘Oh, yeah, I guess maybe he is that bad.’”

Yet at the same time, as he wrote Barone, Berney inhabited the character’s head, “looking out, perceiving him the way he perceived himself, judging him by his standards, appreciating his virtues—persistence, intelligence, skill with an ice pick. For me, that’s the best way to approach any character, major or minor. It makes a scary character scarier.”

But not the author himself. We hope.

Bryan Gruley is the Anthony, Barry and Strand Award-winning and Edgar Award-nominated author of PURGATORY BAY (January 14, 2020; Thomas and Mercer), BLEAK HARBOR, and the Starvation Lake mystery trilogy. A staff reporter for Bloomberg Businessweek and a graduate of Notre Dame, he is also the former Chicago bureau chief of the Wall Street Journal, where he shared in the 2002 Pulitzer Prize for coverage of the September 11, 2001 terrorist attacks.  He and his wife Pam live in Chicago. You can visit him at bryangruley.com.
http://www.bryangruley.com 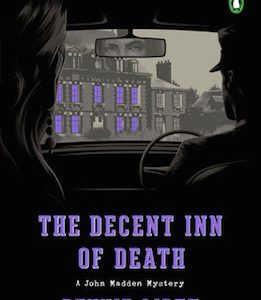 At breakfast the following day the Bennetts invited Sinclair to accompany them to church later that morning. ‘Margaret...
© LitHub
Back to top