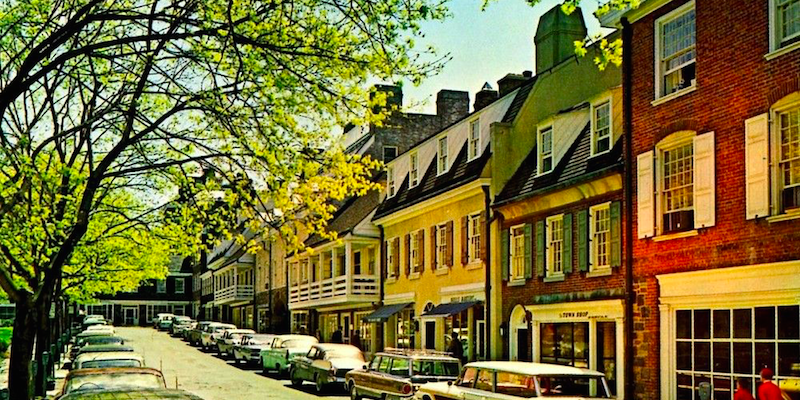 As the true crime boom continues, and murder is everywhere, we can no longer find comfort in small town settings.

I grew up in one of those idyllic New England small towns, adorned with independently owned general stores, spaghetti dinners at the VFW, and snow-covered bed and breakfasts. These towns are places people go to escape the cities, places to slow down, to relax. They’re the backdrop of Christmas miracles. Nothing bad happens in towns like these—and that’s what makes them such excellent settings for some of the cruelest and darkest fictional murder mysteries. When I sat down to write my own cruel and dark fictional murder mystery, I knew I would borrow images from my childhood to build out the world. I thought I would draw on the dissonance of writing horrific events into a charming setting, but everything fell right into place, as if small town evil wasn’t so incongruous anymore.

Over the years something has shifted for me. Where I used to look at the cozy bed and breakfast and see it as a setting for romance, where a workaholic fashion magazine editor from Manhattan could come for the Holidays and fall in love with the earnest, newly-widowed carpenter, I now saw the bed and breakfast as a place that could just as easily destroy evidence. A place someone could go missing from and no one would even know they had been there. And wait, what had actually happened to that carpenter’s wife?

Nothing bad happens in towns like these—and that’s what makes them such excellent settings for some of the cruelest and darkest fictional murder mysteries.

When I really try to pinpoint that shift, I can’t help but think about the onslaught of true crime stories over the past five years. I like to say that we’re living in a post-Serial world—the podcast where journalist Sarah Koenig investigated the murder of a teenage girl in Baltimore. For a lot of us, it was the first time we grappled with the idea that there are thousands of horrible crimes that no one has heard about. If the murder of a popular teen girl in a major city could go unnoticed, what was going on in smaller towns with even less national exposure? Serial was the podcast that launched a thousand ships, if ships were true stories about how innocent people everywhere are murdered ALL OF THE TIME.

Since Serial, true crime has become a commodity, and for some, an addiction. There are podcasts and docuseries, there are books and top ten lists. Google “Top Ten Small-Town True Crime Murder Mysteries” right now and you’ll see there isn’t a consensus; there are too many to choose from. Bodies are found in barrels, along riverbanks, in parked cars. When you’re in the middle of a podcast, heart racing, hands clenching the steering wheel, you’re desperate for answers. You’re ready to quit your job, move to a Sacramento suburb, camp out at the local police station, and learn how to test clothing fibers. Then the episode ends.

You take a deep breath and hit next. You move on. You dive headfirst into a new mystery, but something lingers. It’s not a specific fear of white vans, or jealous boyfriends, or dark alleys, but an impression. A different way to see the world and it has seeped into the narrative of small towns. This could happen here. It does happen here.

It’s not only the sheer quantity of these stories that has affected me, but the way in which they are told. In the hands of so many gifted story-tellers, they become about more than just the facts of what happened. The stories that really suck me in, leaving me maniacally texting friends and combing the internet for crumbs, are the ones where the suspect pool seems to widen at every turn. The moment you’re convinced it was the father—wait a second, the victim’s boss was known for having a violent temper in high school—but wait again, the friend who said she was home all night was actually at the victim’s ex-boyfriend’s house during the crime window. In the end, no one knows. The crime is still unsolved, but now you must accept that in a town of less than ten thousand people, there are five seemingly law abiding citizens that could believably be killers.

Small town communities are rooted in trust. Everyone knows everyone, and how could someone you know do something unimaginable? But when the unimaginable happens, that trust is put to the test. Suddenly, an argument at the bake sale, a disagreement over land zoning, a suspicious flirtation at work, becomes a potential motive. You look at your neighbors differently and don’t worry, they’re looking at you too—everyone has become a detective.

It’s a community that’s difficult for an outsider to fully comprehend. That’s another detail that has stayed with me from inhaling true crime content; these crimes are often investigated by outsiders. Local police don’t have the resources or the training to handle crimes like this. (In the town I grew up in, the police force was so small that, as teenagers, we would drive by the station and if both of the town’s cruisers were parked there, we knew we could speed.) But that’s the catch. Local police forces need the outside experience and expertise to handle this level of crime, but these outsiders are the last people a tight-knit community will expose its secrets to.

I wonder if this dynamic has contributed to the achievements of true crime investigations today, dusting off cold cases and finding answers that eluded law enforcement for years. Sure, there are insane advancements in forensic testing and databases that can spit out results in seconds, but it goes beyond that. Journalists are reaching out to these communities and getting people to share details that never made the police files. They’re coaxing more out of old witnesses and, in many cases, finding people with valuable information that were never interviewed in the first place. A good story-teller is an objective outsider who has the ability to crack a small town with an approach that feels like an insider, and this approach is working. The popularity of true crime as entertainment is bringing these stories to light, finding justice for forgotten victims, and changing the landscape for small town mysteries.

Small towns are far from perfect and, for me, writing about one became less about creating the juxtaposition of something dark happening there and more about flushing out the expectation that it would. When writing The Prized Girl, I wanted to explore how private citizens in small towns are uniquely qualified to solve mysteries inside their borders. How in spite of the desire to know what happened, they will close ranks and distrust the motives of people tasked to help.

Writing about small towns has always been enticing and always will be. They are specific and insidious, and addicting. As a writer, I try to embrace the “I can’t believe this could happen here” mentality with my characters in a way that feels like even they don’t really believe it. The truth is, I don’t believe it either. A small town is not a special insulated pocket that can magically avoid the evils of the world. A bad thing can happen here, and when it does, it’s probably going to be someone sitting in the Town Hall meeting, someone we went to high school with, someone who goes to our dentist, the victim or the killer—one of us.

Amy K. Green was born and raised in a small New England town where she was once struck by lightning. She was a practicing CPA before leaving the corporate life to work in film production, write, and wear fewer high heels. She lives in Boston. 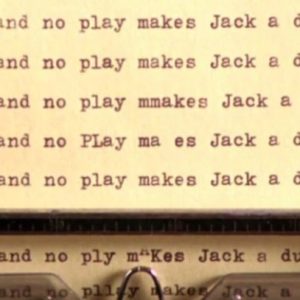 Any reader or writer who has met Lou Berney will tell you he’s one of the nicest crime-fiction authors around. Last time...
© LitHub
Back to top