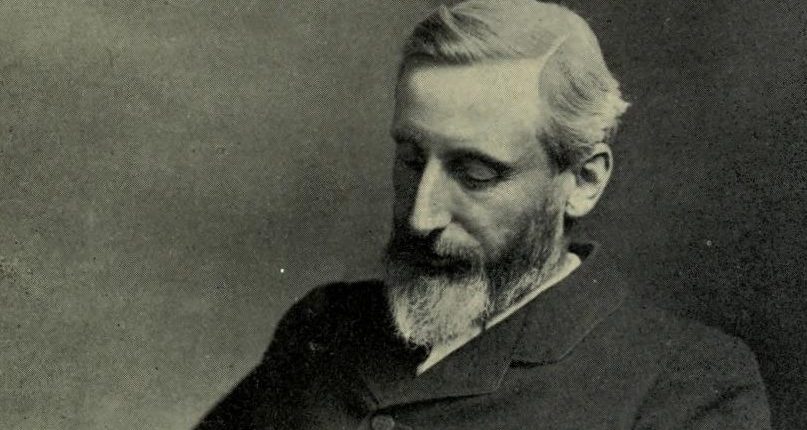 Grant Allen was a bestselling science writer, almost done with his serial Hilda Wade when he fell ill

Today, let’s take a moment to think about writer-friends Arthur Conan Doyle and Grant Allen. There are few things more wonderful in this line of work than learning about writers supporting fellow writers.

Conan Doyle, the legendary author of the Sherlock Holmes series, and Allen, a very well-known science writer who dabbled in mystery and adventure stories, were neighbors in Hindhead, a small English village in Surrey (where Conan Doyle lived at an estate called “Undershaw,’ and where he would write The Hound of the Baskervilles). Allen moved there in 1893, and Conan Doyle moved there four years later. The region was known for its absurd topographical features: a circular collection of hills nicknamed “The Devil’s Punch Bowl.”

Allen was a Oxford-educated Canadian-born socialist and scientist, who taught at several universities before turning to science writing. He authored a number of books and articles promoting the Darwinian theory of evolution, and studying neurology and psychology (kind of like a nineteenth-century Oliver Sacks—who actually cited Allen’s research, a century later), and Conan Doyle remembers how he roped his household staff in to learn about and help with his various scientific experiments. He was also a fierce iconoclast, and quite the prankster; Conan Doyle remembers that Allen, known throughout society for his clever moments of blasphemy, he showed up to a fancy dress ball once, dressed like a Cardinal. What a jokester.

He began to write a number of books about progressive young women, including a serial about a genius nurse named Hilda Wade, who solves medical mysteries (and is trying to avenge the death of her father).

In 1884, at age thirty-six, Allen turned to fiction writing, and not long after wrote a novel called The Woman Who Did, about a woman who had a child out of wedlock. It shocked the critics, and became a bestseller. He began to write a number of books about progressive young women, including a serial about a genius nurse named Hilda Wade, who solves medical mysteries (and is trying to avenge the death of her father). But Allen was ill with liver cancer, and in 1899, when he was only fifty-one and still in the middle of writing, things took a turn for the worse.

“He was much worried,” wrote Conan Doyle in his autobiography, “because there were two numbers of his serial Hilda Wade which were running in The Strand magazine, still uncompleted. It was a pleasure for me to do them for him.”

Allen couldn’t move from his bed. “His brain, however, was as clear as ever, and his mind was occupied with all manner of strange knowledge, which he imparted in the intervals in his pain… I can see him now, his knees drawn up to ease internal pain, and his long, thin nose and reddish-gray goatee protruding over the sheet, while he creaked out ‘Byzantine art, my dear Doyle, was one of three periods…’ and so on until he would give a cry, clasp his hands across his stomach and wait till the pain passed before resuming his lecture.”

Conan Doyle added, later, that a fan had confused him for Grant Allen (they published in the same magazine, after all), writing to Conan Doyle to say that he and his wife had named their newborn baby Hilda Wade, after the protagonist, “in honor of me.” He added, referencing his scribing, “he was really nearer the truth than appeared at first sight.”

Allen died in August of 1899, but every installment of his novel was published in The Strand the following year. 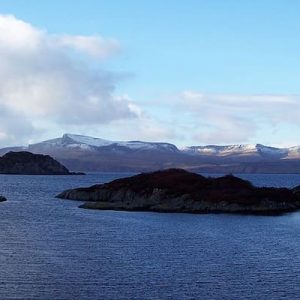 There are many, many islands dotted around Scotland; like shoals of pilot fish swimming around a huge basking shark, they...
© LitHub
Back to top