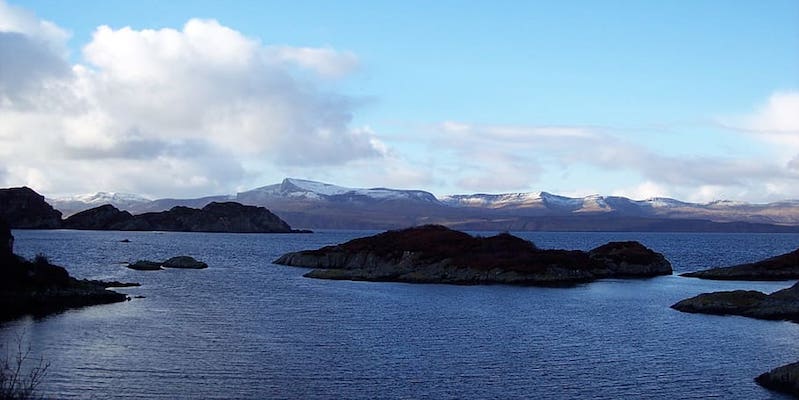 Out of the way places make for the best mysteries, and other reasons why many a crime writer has heard the siren song of Scotland's 800+ islands.

There are many, many islands dotted around Scotland; like shoals of pilot fish swimming around a huge basking shark, they surround the nation of Alba. We have the Hebrides, both inner and outer, the Shetlands, the Orkneys. and a flotilla of others not part of any islandic armada.

In fact, there are almost 800 of them. Large and small. Inhabited and empty. In seas, rivers and lochs. Some barely more than lumps of rocks that are home to hundreds of seabirds.

We call Scotland the mainland but, let’s not forget, it too is part of a much larger island. The inhabitants of Arran and Mull and Skye may see themselves as islanders but in reality we are all islanders here, perched as we are on the corner of Europe, with only another relatively large land mass—the island of Ireland—between us and the heaving vastness of the Atlantic. And beyond, what they once called the New World.

Even so, to take a ferry to any of the islands—even Cumbrae on the Firth of the Clyde—can be to mainlanders like travelling to another world.

For the islands are strange, beautiful, mystical places. They are part of us and yet not. They have a lure that is almost primal. A need perhaps to get back to something purer than that offered by the cities and even the Highlands.

It’s as if the very act of crossing an expanse of water casts a spell—even by the Skye Bridge, hopping from islet to islet. There is a sensation that you are leaving what is familiar behind and are about to encounter something else.

This doesn’t mean the islands are primitive. They are as much part of the 21st century as anywhere else, even if on-line stores and/or their couriers often refuse to deliver or charge a king’s ransom for the privilege.

Scotland is rich in myth and mystery, but the sense of isolation afforded by islands setting heightens their allure.

Scotland is rich in myth and mystery, but the sense of isolation afforded by islands setting heightens their allure, something I hope to tap into with my book Thunder Bay. For it I invented Stoirm, pronounced Stirrum and Gaelic for Storm. And yes, there is a storm, which only emphasises the isolation.

The issues the island faces, past and present, are as real as the bad weather—from the effect of the Clearances of the 19th Century, when families were moved to make way for sheep, to the unemployment, addiction and the impact of tourism plaguing Scotland today.

Crime, though, is not that common. Yes, the islands have their petty crimes—but the murder rate is incredibly low.

That doesn’t stop people like me from doing our best to (fictionally) increase it, however. As a breed, crime writers are drawn to out of the way places, where we can tarnish the beauty with hot-blooded violence or cold-blooded disposal of evidence. Ann Cleeves, CL Taylor, Anna Mazzola, Alex Gray and Lin Anderson have all heard the siren call of the islands and have answered.

Apart from the isolation, there is the atmosphere the locations provide. The sound and fury of the seas and the rage of the elements work well within a crime novel, adding a dimension that is missing from citybound stories.

The legends I refer to in the book are all based on real folk tales. From water horses to witches on mountains, they are all drawn from mythological life.

Simplistically, the islands of the west are kin to the legends of Ireland, while those of the North east echo to the roar of the Norsemen.

So if you can tap into the Celtic and Viking love, and fear, of the dark side, all the better.

For me, the idea of the dead going into the west, whether to the mystical islands of Avalon or Tir nan Og, is fascinating. The notion of crossing water to a mysterious land has meaning not just in the mythological sense but in reality, as thousands of Scots, some willingly, others not, set off across the Atlantic, chasing the setting sun to a new life in America.

There is evidence of those who have gone before on most islands, from the sad ruins of long abandoned homesteads to physical reminders of the neoliithic past. These sites are not in themselves creepy, set, as many are, against some stunning scenery, but if you are of an imaginative bent you can make them so.

The enigmatic standing stones of Callanish on Lewis is such a site. This avenue of tall Lewisian gneiss monoliths leading to a stone circle with other gaunt stones standing sentinel around them is an impressive sight, especially if the air is damp with soft mist or the low winter sun casts long shadows. There is a legend that they are the petrified remains of giants who refused to bend the knee to Christianity, so St Kieran smote them hip and thigh, turning them to stone.

I stood here on a bright early summer morning, the sun piercing the blue sky like a lance, and I could well believe the tale of a Shining One who walked between the stones on Midsummer Day.

There are further standing stones on Arran, lying at the mouth of the Clyde. It is known as the Sleeping Warrior because from the mainland its serration of peaks and hills looks like a resting knight, complete with shield. There has even been a suggestion that it might be the Isle of Avalon and anyone who has seen its mountains rise from the sea mist can well believe it.

But inland, on Machrie Moor and other places, it has its monoliths and stone circles. They are connected by legend to the legendary warrior Fingal, in Ireland Fion MacCumhaill, who stalks the islands and mainland like a hunter stalks his prey. It is on Staffa that his cave lies and they say he tethered his dog Bran to one of these Arran stones while he ate.

Then there is the Sidhe (pronounced shee). They are the fairy folk who flit across the highlands and islands like wisps, at once malevolent and benevolent but always tantalisingly out of reach.

And as you stand on the moor, with the mist shrouding the tops of the hills and the wind wafting through the grass, you might be forgiven for thinking you hear the rumble of Fingal’s horse—or is it just thunder rolling around the mountains? And is there something moving in that mist? Something strange and other wordly, that is one with the moisture and sings and whispers with the breeze?

The Sidhe are partial to Skye, where there are many fairy sites. On this island, with its primeval mountain ridges and calcified memories of huge creatures who once ruled the earth, the Celtic and the Norse traditions merge in the Fairy Flag, said to have been given to the ruling Macleods by a fairy. Legend has it that the flag ensures the clan were victorious in battle. This links it to the Viking tradition of the banner which predicted victory or loss in battle depending on how it flew. There was one called Hraefn, or Raven, which was captured by English forces and was supposedly created by the daughters of the Viking hero Ragnar Lodbrok.

It was the Vikings who stained the sand of Martyr’s Bay on Iona red when they slaughtered the monks of the abbey. However, it was Scots who ripped into each other in a naval clash near Tobermory on Mull during the interminable clan wars and feuds that erupted across the land, in this case a struggle for supremacy between father and son. The nearby bay has been known as Bloody Bay ever since.

But of more recent vintage is the mystery of Norah Farnario, who was found dead in 1929 on Sithean Mor, the Fairy Hill of Iona. There were rumours of occult practices, that her death was the work of black magicians. But no one knows for sure.

If you stand on these sites, where the sea surges to shore and the wind buffets the rocks, it is easy to hear the cries of the dying, the screams of the wounded or the terrified wail of a woman besieged by dark forces. Or is it just the screech of a seabird above?

If your mind turns to such things, you can very easily creep yourself out, even though you know that the trappings of modern day are not far away. Electric light and the internet are but man’s inventions and it cannot fully chase away the darkness of the past.

It waits, in the shadows and in that mist, to touch us.

Douglas Skelton was born in Glasgow. He has been a bank clerk, tax officer, taxi driver (for two days), wine waiter (for two hours), journalist, and investigator of real-life crime for Glasgow solicitors. He has written eleven true crime and Scottish criminal history books but now concentrates on fiction. His novel Open Wounds was longlisted for the McIlvanney Prize for best crime book of the year. He lives in southwest Scotland. His latest novel, Thunder Bay, is now available from Arcade Crimewise. 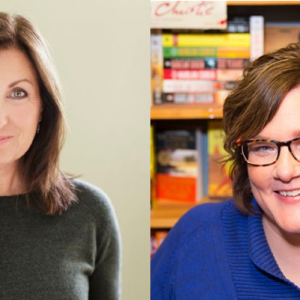 My new novel, The Lucky One, tells the story of a woman who takes up with a community of online amateur sleuths. The real...
© LitHub
Back to top