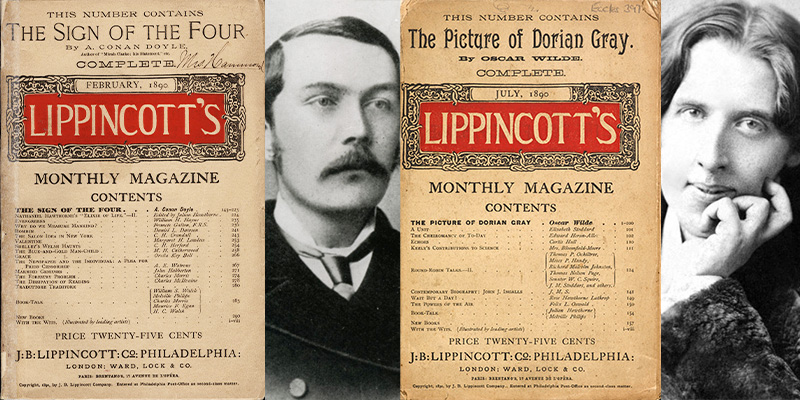 On one of literature's most productive hangouts

On August 30th, 1889, Arthur Conan Doyle attended a dinner at the Langham Hotel in London with J. M. Stoddart, the publishing agent for a Philadelphia-based magazine called Lippincott’s Monthly Magazine. Stoddart had arrived in London hoping to commission brand-new works of fiction that might appeal to their American readers. Conan Doyle, who was a doctor and merely thirty, was also already well-known as a writer. He had published several novels: The Mystery of Cloomber in 1888, and the historical adventure novel Micah Clarke later, in 1889. And of course, in 1887, he had published his inaugural Sherlock Holmes novella, “A Study in Scarlet” in Beeton’s Christmas Annual, and had it republished as a book in July 1888 by Ward, Lock & Co (featuring illustrations done by his own father). According to Conan Doyle’s autobiography, there were two other men joining them for the meal, an affable Irish M.P. named “Gill,” and the thirty-five-year-old celebrated writer Oscar Wilde, who, Conan Doyle notes “was already famous as the champion of aestheticism.”

Doyle was in awe of his new acquaintance, and honored to be included in such illustrious company. “It was indeed a golden evening for me,” he wrote.

“Wilde to my surprise had read ‘Micah Clarke’ and was enthusiastic about it, so that I did not feel a complete outsider. His conversation left an indelible impression upon my mind. He towered above us all, and yet had the art of seeming to be interested in all that we could say. He had a delicacy of feeling and tact, for the monologue man, however clever, can never be a gentleman at heart. He took as well as gave, but what he gave was unique.”

But J. M. Stoddart had not planned the dinner simply to introduce the two men; he hoped to sign them each on to write a novel for publication in Lippincott’s, which he hoped to use in expanding the magazine to include a British contingent. Doyle wrote the sequel to A Study in Scarlet, the novella The Sign of the Four, which Doyle had originally called The Sign of Three until he added one more character. Lippincott’s published in February of 1890. Like A Study in Scarlet, it wasn’t a spectacular success (the mania for Sherlock Holmes would begin after Conan Doyle published “A Scandal in Bohemia” in The Strand in 1891), but it was enough to get the ball rolling,

Wilde, who had been given a £200 advance for the promise of a 30,000 word-long piece, sent Stoddart a fairy tale, “The Fisherman and his Soul.” But in Stoddart wrote back and asked for a piece twice as long. So Wilde began to write The Picture of Dorian Gray, which would be published in July of 1890 to a very controversial reception, for its presumed glorification of immorality, as well as its sexually suggestive and homoerotic content (which had already been significantly pared down, due to Stoddart’s edit). Even so, great Britain’s largest bookselling company, W H Smith & Son, refused to stock that issue of Lippincott‘s.

Doyle, still in awe of his new associate, sent him a congratulatory note. Wilde wrote back, praising The Sign of the Four, and thanking Doyle for his kind words about the novel. But he was also baffled by so many critics having taken offense at Dorian Gray, noting,

“Still I do aim at making a work of art, and I am really delighted that you think my treatments subtle and artistically good. The newspapers seem to me to be written by the prurient for the Philistine. I cannot understand how they can treat ‘Dorian Grey’ [sic] as immoral. My difficulty was to keep the inherent moral subordinate to the artistic and dramatic affect, and it still seems to me that the moral is too obvious.”

Still, both men’s careers would take off after this moment, making the dinner at the Langham Hotel one of literature’s most successful hangouts, perhaps tied in first place with the summer Mary and Percy Shelley spent in rainy Geneva with John Polidori and Lord Byron, inventing spooky stories to pass the time. 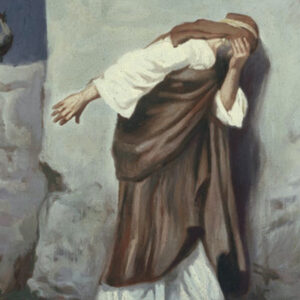 There is a brutal rape in my forthcoming novel. The scene plays out twice. Once from the perspective of the character who is experiencing...
© LitHub
Back to top