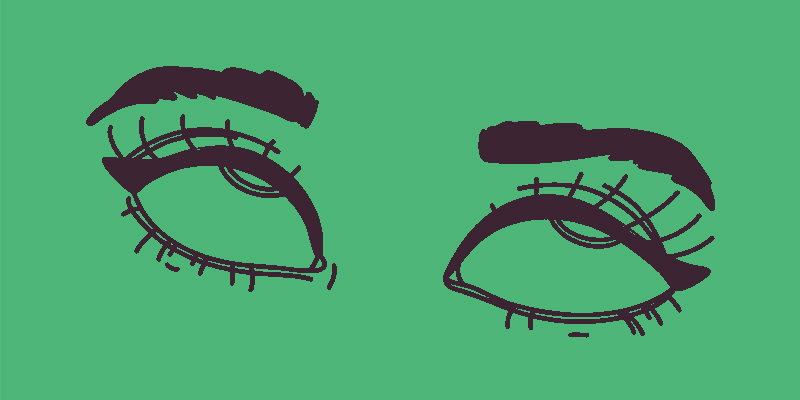 Serial killers and cult leaders. I’m not sure how many times I’ve Googled either of these true crime sub-categories in conjunction with the word “podcast” or “documentary” or “non-fiction.” Having cut my teeth on Stephen King and Dean Koontz and Unsolved Mysteries, this interest in the macabre has long been very on-brand for me. But since my twenties, it’s been rather important that the murder stories I consume be true, real-life stories. The fact of them having actually happened is what I apparently crave, the knowledge that fellow human beings lived through (or didn’t) that sort of darkness. It’s pretty distinctly fucked-up, hey?

But I’m not prone to moralizing, particularly when it comes to our narrative desires. I know I’m not the only person who likes reading about what the worst of us can do––true crime is hardly a new genre and is certainly not an unpopular one. If anything, it’s having a moment. And wrapped within a strange sort of feminist security blanket, I feel… reassured that the genre is typically consumed by women. Put another way: if it were just me and a bunch of white incels obsessing over John Wayne Gacy on Reddit, I’d be a bit more worried. Not that me and the Chardonnay-sipping soccer moms that make up the core consumer group of true-crime aren’t capable of profound evil––I’m fairly sure we are–– I’m just relatively secure that the violence we’re engaging with is primarily psychic, confined to the nasty reaches of imagination. And I certainly have no desire to police that darkness––if I did, as a novelist of frankly morbid books, I’d be out of a job.

It’s my job to write about dead bodies and human unpleasantness and suspicion. Just like some people serve other people food or sell laptops or manage human resources, I spend my day inventing pretty unlikable humans and convincing other people to spend time with them, usually while they get to the bottom of some nefarious occurrence. I try not to think about what a bizarre vocation this is most of the time––it opens up a sort of existential maw that I’m uninterested in confronting without a martini and a Werner Herzog documentary as company. It’s best to let the story just flow forth and get meta about it later.

But always, in the life of the book, comes a time that requires you to get a little meta. WHY did I write this book? Why did I write THIS book? What is that I’m––via my already admittedly warped subconscious––trying to get at with this particular project? I have to trust that being able to answer at least part of those questions for myself will suffice for any other potential readers of the story––the leap of faith that is dazzling in its over-confidence and self-assurance, and without which nobody ever writes a book.

Having such strong preferences about how I like my own murders served up––real, factual, preferably with a high body count––to create fictions about it feels like a special form of hubris, or maybe tone-deafness. But while non-fiction might be, paradoxically, how I escape from the world, fiction is how I understand it. So, writing Dark Circles was perhaps inevitable. As I transitioned into my meta moment about this particular book that I wrote, I began to unpack where the fascination lived, and what piqued my interest narratively.

When you invent a true-crime podcast, maybe the most fun thing is that you can throw in anything you want. You want a serial killer angle? Go ahead, introduce that element! Missing white girls? Check! Two characters who are working on the fictitious podcast in my novel reflect on this and intentionally play up those potential narrative aspects as they sculpt the shape of their story. They’re thinking about how to get more people to listen to their show, and they lean into the most popular angles. All storytellers do––as a storyteller crafting fictional storytellers who are telling true stories, I’m explicitly playing around with what might mean. How do we shape the truth to fit our appetites?

I suspect my portrayal of this made-up podcast, called “Vultures,” does a disservice to those serious and committed journalists who work on true-crime, and I don’t want to tar all forms of true-crime narrative producers with the same brush. Indeed, even though my protagonist is the one pursuing and creating the story, I’m just as interested in who is listening to it––and ultimately, who is reading my book.

In naming the podcast “Vultures,” I’m implicating everyone who tunes in––and making that very unsubtle sort of point about crime dramas that this genre of writing permits (bless it): that we are all complicit. Again, this isn’t for the purpose of shaming or scolding or rebuking––it’s simply to reverse the gaze, to turn the spotlight around. Liv, my protagonist, is a celebrity, and has spent her adult life being inspected, critiqued and photographed; she’s deeply aware of what “attention” means, and what being the subject of constant public scrutiny entails. She enters into her true-crime career with a full understanding of what it means to be regarded, circled by a predatory public, and she’s playing with that in her non-fiction debut. She wants her public, her listeners, to see themselves not just as a passive audience, but as participants in the circus––this is why she exhorts them to get involved in the case, to insert themselves into the narrative. The vultures are the cult leaders at the wellness center where girls keep going missing, but they are also the true-crime podcasters––and all those who listen in.

Which actually does feel a little moralizing, now that I spell it all out. But who said being a vulture is so terrible? Every critter has a role to play in an eco-system, and for whatever reason, culturally, we don’t care for the scavengers. They are the much-maligned, publicly disregarded, universally disliked. They’re easy targets for criticism, and their visibility overhead means that we can always keep track of their distasteful presence. They are unpopular. Not unlike my difficult female narrators. Liv is ostracized, slut-shamed, called crazy, even as the media can’t tear their eyes from her. She is the hated carrion bird, and the dead body that we, in turn, circle.

And so I guess I’m stuck in an infinite loop. In trying to write about my dark fascinations, I create more dark stories that in turn are consumed by more people, which forces me to ask questions about why we like the stories we like, which propels me to recreate stories that answer this question etc. But why is this appetite so suspect? Nobody writes a four-hundred-page novel about why we like to eat bread, or drink wine, or have sex (though most good novels contain depictions thereof). It is understood that human beings simply do, that this is part of what it means to be human. Maybe I don’t need to drag Aristotle into it, maybe I don’t need to spend a painstaking couple of months grappling with my tedious meta-questions. Maybe I should just sit down at the table and enjoy the feast. 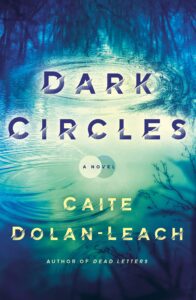 Caite Dolan-Leach is the author of Dead Letters, We Went to the Woods, and most recently Dark Circles, as well as a literary translator. She was born in the Finger Lakes and is a graduate of Trinity College Dublin and the American University in Paris. 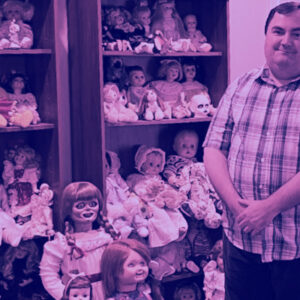 In writing my crime novel What They Don’t Know, I wanted my lead character to have an unusual relationship with her collection...
© LitHub
Back to top