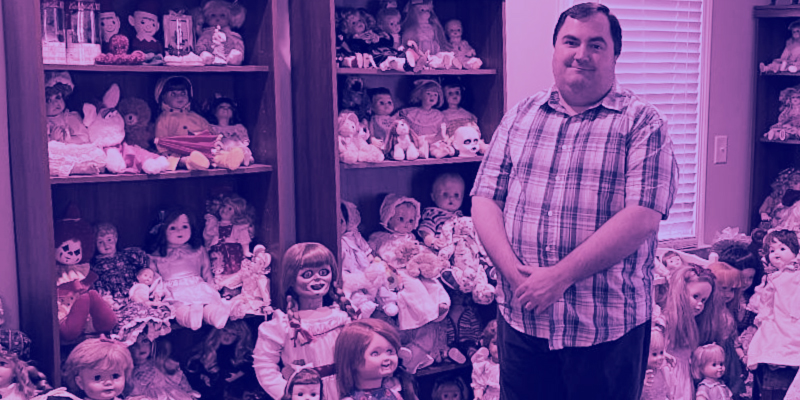 In writing my crime novel What They Don’t Know, I wanted my lead character to have an unusual relationship with her collection of dolls. As a psychological thriller, what better than to include haunted dolls? Not knowing a lot about haunted dolls and wanting to learn more, my research took me to Alabama where I met with Kevin Cain, ghost hunter, haunted doll collector, and author. There we discussed real doll-infested crimes, proving once more, that reality is sometimes stranger than fiction.

Here are a some of the questions I asked Kevin:

SF: You’re a member of Alabama’s Spirit Communications and Research team. Can you tell readers a little about S.C.A.R.e. And what type of investigations you conduct?

KC: I joined S.C.A.R.e. in 2013. We’re a small team, under a dozen members and have investigated more than thirty cases of paranormal activity, many of which were in private residences where a death has occurred due to a traumatic accident or a violent crime.

SF: The investigator in my novel, What They Don’t Know, believes he can sense things at crime scenes. Do you believe that crime scenes can have paranormal components?

KC: Absolutely. Energy from a murder victim could linger, especially an angered spirit.

SF: Has S.C.A.R.e ever aided in a criminal investigation?

KC:  Not officially, but we’ve investigated paranormal activity surrounding deaths caused by crimes. They’ve passed now, but my friends, Ed and Lorraine Warner, who owned Annabelle, the doll in The Conjuring, assisted the police in investigations. There are many reports of paranormal evidence leading to the resolution of criminal cases.

SF: So, you would say that some evidence simply can’t be scrubbed from the scene?

SF: In your book, My Haunted Collection, The Dark Side, you’ve written about the suicide/murder of Daniel McKent (name changed to protect the family.) Can you give me a little background on this case?

KC: In 2016, Daniel McKent’s body was found outside his home in Vestavia Hills, Alabama. It appeared that he’d died from a single gunshot wound to the head. Neighbors reported that Daniel had recently slipped into depression after the death of a loved one. He’d also accrued substantial debt and then lost his business. Initially suicide was suspected, suggested by the fact that only Daniel’s prints were found on the gun that killed him. However, other evidence at the scene indicated foul play: the rifle used to kill him was located a distance from the body, and an autopsy determined that the bullet entered at the back of the skull. No suspect was named, the skull was entered into evidence, and the case remains under review.

SF: How did you get involved in this case?

KC: Daniel’s friend and estate executor, Marilyn, had moved into Daniel’s home to inventory his collections to be auctioned. She called our team to investigate paranormal activity she’d experienced in the residence.

SF: What type of activity?

KC: Unexplainable footsteps and knocking on the walls which would stop as she entered the room, pots and pan clinking in the kitchen, the sound of hammering and construction coming from the basement. This had gone on for some time, but what prompted Marilyn’s call was when Daniel’s spirit manifested and let out an angry scream before vanishing.

SF: That would be terrifying. How did you conduct your investigation of Daniel McKent’s home and what were your findings?

KC: We used several tools in the investigation. A K2 meter which reads electromagnetic activity and thermal readers for sensing heat. The K2 readings did consistently lead us to the fireplace where after some exploring, we discovered a loose brick which turned out to be a secret compartment for hiding something, maybe cash or something else of value. It was empty when we found it. But our most direct findings were detected by using a spirit box.

SF: What is a spirit box?

KC: A spirit box is a device that scans several radio frequencies creating white noise that helps make a spirit’s voice audible to our ears.

SF: And what did you hear?

KC: We picked up on the words: money and murder.  Marilyn, his friend, confirmed that it was Daniel’s voice.

SF: Are there circumstances in this case related to a haunted doll?

KC: Yes. Marilyn attributed much of the misfortune that led to Daniel’s death to a voodoo doll. Daniel traveled extensively and collected items from around the world. Marilyn remembered Daniel showing her a doll before his death. He said that it was given to him by a Haitian woman who told him that it was cursed and would bring tragedy to whoever brought it into their home. Daniel thought the curse was “nonsense,” named it Voodoo Mama, and added it to his collection. Soon afterward, his life took a tragic downturn.

SF: Can you describe Voodoo Mama?

KC: Voodoo Mama is a small wooden doll with hinged arms and legs and human hair. The maker omitted her eyes, leaving dark open sockets instead. This type of doll is commonly left by mourning Haitians at their loved ones’ graves to act as a conduit, guiding the dead person’s spirit to the afterlife.

KC: That’s how they’re usually seen in movies. But it depends on their origin. Dolls used in rituals in African countries are often made of cloth, but Haitian dolls are usually made of wood.

SF: The main character in my novel, What They Don’t Know, has a vast collection of dolls in her house much like here, in your home, but you specialize only in haunted dolls.  Is that correct?

KC: Yes, all my dolls are haunted. I’ve been collecting dolls and other haunted items for over nine years and now own over two hundred dolls. Most of them come from people who don’t want to keep them anymore, so they send them to me.

Kevin then gave me a tour of the extensive items in his collection. He told me a bit of the history of some of his most notorious dolls and the paranormal activity associated with each of them. It felt eerie to see Voodoo Mama in person, so to speak, although the doll itself seemed innocuous.

SF: How did you get Voodoo Mama for your collection?

KC: Marilyn asked me to take it off her hands. Because of the curse, she didn’t feel comfortable selling it with the rest of the estate items.

SF: In your book titled My Haunted Collection, you explain that spirits sometimes attach themselves to dolls. Do you believe that any of these spirits could be demonic?

KC: Spirits that attach themselves to objects are usually human spirits and are benevolent, but I have run across dolls that are demonic conduits. In those cases, demons use the dolls to get closer to someone who they want to possess.

SF: Kevin then pulled a case from the shelf that contained a rather innocent looking doll with piercing green eyes and a matching green velvet dress. I asked about her story.

KC: This is Lori. She was sent to me by her previous owner, Vivian, who purchased the doll from another on-line collector. Not long after receiving her, Vivian started experiencing paranormal activity. She described sensing a demonic presence in her apartment, seeing dark humanoid creatures lurking about, and experiencing violent nightmares. During one nightmare, she awoke with scratches on her body. Once I received Lori, I also sensed something evil about her, so I doused her in holy water and prayed over her. Then I sealed her in this case.

SF: Can a case contain a demon?

KC: No. The sealed case is used to keep the doll bound so that no one comes into contact with it, and hopefully it will no longer harm anyone.

SF: Kevin put Lori back on the shelf and our attention drifted back to Voodoo Mama and my final question: Do you believe that a curse, or an evil entity, is attached to Voodoo Mama and caused the tragedies in Daniel McKent’s life?

KC: Marilyn thought so, but I’ve owned Voodoo Mama for several years now, and I’ve not sensed anything malicious or evil about her. To me, the K2 meter and spirit box readings from Daniel’s residence are more convincing that foul play was involved in his death. It was as if Daniel was trying to leave a clue for us, perhaps hoping for a resolution to the crime and peace for his own spirit. But please understand that along with ghosts and other fascinating elements hovering unseen around us, there also lurks evil and danger. The business of the paranormal is definitely not for the untrained or the weak at heart.

I thanked Kevin for his hospitality and for allowing me to see his collection. Then I took one more look at Voodoo Mama before I left. Haunted or not, she had led paranormal investigators to look deeper into a cold case crime. Sometimes life can take twisty turns to find the answers to a mystery. In this case, book research had introduced me to the fascinating world of paranormal investigation. I’m still not sure what I believe about hauntings, but one thing seems clear: there are things out there that we may not understand and sometimes how we get to the truth is not as important as the journey we take to find it. 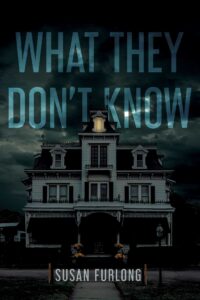 In Susan Furlong's psychological thriller What They Don't Know, housewife Mona Ellison enjoys overlooking her placid suburban neighborhood from her attic doll room. But a visit from the police shatters her picture-perfect life, unveiling lies and betrayals from those she trusts the most. Even herself. It seems the only voices she can trust are those of her beloved dolls. And what they tell her leads her on a path tangled with loose threads and disturbing visions. With this standalone mystery, Furlong marries small town thriller and domestic mystery in a novel of suburban paranoia. The book is praised by Library Journal as “an engrossing and delightfully creepy read.” 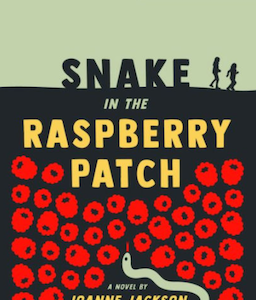 Dad and some men from the neighbourhood have congregated in our living room to toast the birth of my brother with a glass...
© LitHub
Back to top