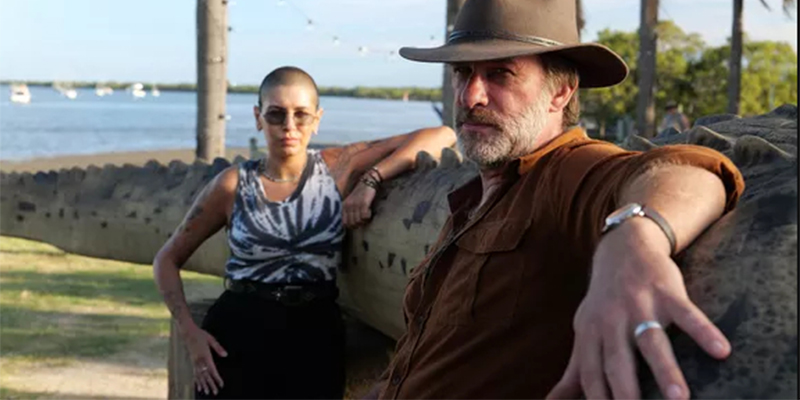 Six Australian crime series to get you chasing clues down under

Between the advent of streaming as a basic service and the slightly more recent establishment of niche platforms like Sundance Now and Acorn TV (both subsidiaries of AMC Networks), the opportunity to watch all kinds of TV from all over the globe has grown exponentially in a relatively short span of time. Gone are the days of having to hope your local indie video store might carry an ancient copy of Poirot or Midsomer Murders; today you can just navigate over to the Search bar of your streaming dock of choice and queue up pretty much any international title you can think of. And what’s more, with streaming making it possible for, say, a random Australian crime drama to reach as far as any of its Hollywood counterparts, the quality of the titles on offer is improving all the time.

On the subject of random Australian crime dramas, we’ve curated this short list of six of the best currently (or soon) available to American audiences. Why Australian? Well, the creative wealth is just there, for one. But more than that, between the country’s vault of stellar actors and the violent, all-too-familiar consequences its colonialist, anti-Black history has left it with, the crime stories that creative wealth has set about telling are likely to be much more legible to American viewers than those from other (European) English-speaking countries might be. It’s like a funhouse mirror: the greater the distortion, the easier it is to see the true shape lying underneath.

Now, as for what you will (and will not) find on this list: You WILL find a lot of titles from Acorn TV and Sundance Now—though primarily the home to all things British (Acorn) and all things indie (Sundance), both also make it a higher priority to secure the rights for the most interesting Australian titles out there than pretty much any other streaming service around. On that note, you will NOT find anything from streaming’s heaviest hitters; Netflix, Prime Video, Hulu, HBO Max—whatever they’ve got, we trust you to find. Similarly, you won’t find Miss Fisher’s Murder Mysteries anywhere below—if you haven’t trusted CrimeReads enough to have watched that by now, me recommending it again for the dozenth time is likely to do much to move the needle.

Now, one other thing you’ll likely notice right away: there’s a lot of cast crossover between these series. Yoson An, for example, shows up in both Dead Lucky and New Gold Mountain. Jacek Koman shows up in Ms. Fisher’s Modern Murder Mysteries and Mystery Road. Damien Garvey, in Troppo and Jack Irish. Aaron Pedersen and Debroah Mailman in both Jack Irish and Mystery Road—and, while we’re at it, crime-adjacent political thriller Total Control, which also stars Dead Lucky’s Rachel Griffiths. (Total Control isn’t included on this particular list, but is well worth checking out.) There might be some self-selection at play here—like, Pedersen and Mailman are both so arresting, I’ll happily seek out any new project they put their names to—but also, Australia is an island as much as Britain is. The talent pool is only so big.

That said, limited in diameter as that pool may be, it runs deep. So rest assured that no matter what title you decide to start with below, you’ll find gold star performances across the board.

One of not just two miniseries on this list, but two miniseries starring Mulan’s Yoson An, Dead Lucky takes as its focus modern-day Australia’s relentlessly xenophobic immigration policies (see also: Series 1 of Jack Irish). Featuring Rachel Griffiths as Detective Grace Griffiths, a senior Sydney sergeant who recently lost a junior officer in the line of duty and An as Charlie Fung, her new detective-in-training (who was also the best friend of the junior officer she lost), the series opens with the masked burglar who was responsible for that officer’s death popping back up in a random convenience store and holding a gun to an international student employee’s head before shooting the poor kid’s boss dead.

Co-starring Mojean Aria (the kid in the convenience store) and Xana Tang as avatars of Australia’s draconian approach to immigration, Dead Lucky manages to be morally sharp and entertaining in equal measure.

Adapted from Peter Temple’s beloved series of the same name, Jack Irish technically comprises three TV movies and three more traditional (if traditionally short) TV “series,” the last of which bowed in 2021. Featuring Guy Pearce as the titular Irish, an ex-lawyer turned sort-of PI (not to mention amateur woodworker and part-time race horse wrangler) in the wake of his wife’s senseless murder, the ABC TV adaptation of Jack Irish is, as that parenthetical just above might suggest, as densely packed as a crime drama can get without tipping into absurdity. As hapless as he is driven to rout out smug corruption at any cost, Pearce’s Irish is constantly bumbling into criminal schemes massively above his pay grade—and I mean massively above. Like, so massively above that not one villain whose path he stumbles into even comes close to taking him seriously, in spite of the fact that, by the end of the first movie, his ability to trip into bigger takedowns than the whole of the Melbourne PD is already the stuff of public record.

This, in short, is so much fun! As is the comradely banter he has with the trio of old Australian rules football fans that haunt his local hole-in-the-wall pub, as is the almost-filial relationship he has with curmudgeonly racehorse owner Harry Strang (Roy Billing) and Strang’s laconic driver/strongman, Cam (Aaron Pedersen), at whose single-minded beck and call Jack always is, regardless of how gravely his life might be in danger at any (meaning, almost every) given moment. Less fun, over time, is his relationship with investigative journalist Linda Hillier (Marta Dusseldorp), but only because it’s clear from the start that the two are an intensely bad match who pretty quickly start to detest each other, making their continued presence in each other’s (and our) lives just exhausting. That said, as an investigative journalist, Linda does provide the lead-hunting experience that, as an untrained PI, Jack lacks, and without with Jack Irish couldn’t exist. Plus, without her we wouldn’t get Jacek Koman’s Orton, and that would have been the biggest shame of all.

While fans of the original will certainly miss Phryne’s glamorous 1920s pluck, they need not fear any diminishment of her proto-feminist legacy. With her sprawling historic home now turned into the private, all female Adventuresses’ Club and her custom-built mid-century modern marvel passed, along with her “lady detective” mantle, down to a niece who’s filled with as much spunk (and fashion sense) as the aunt she never knew she had, that legacy is well intact. Moreover, with the addition of Adventuresses Birdie Birnside (Catherine McClements) and Violetta Fellini (Louisa Mignone)—an ex-spy and master chemist, respectively—and Birdie’s gadget-making, feminist brother Samuel (Toby Truslove), the legacy of Phryne’s investigation-ready found family is intact, too.

That said, Ms. Fisher’s doesn’t really get going until it lets Phryne’s legacy fade comfortably into the background. Starting in Season 2, with Peregrine settled in as both Melbourne’s reigning private lady detective and a full-fledged member of the Adventuresses’ Club, the series gains the kind of sparkle that most period cozies only dream of. That the mysteries Peregrine gets embroiled in get condensed down to a breezy 45 minutes (from the first season’s more plodding 90) certainly helps, of course. But it’s Peregrine’s hard-earned confidence, itself possibly the greatest tribute to the aunt she never knew, that makes Season 2—and the spinoff, as a whole—zing. May there be many more (seasons and future Fisher lady spinoffs) to come.

One of the most gorgeously shot TV shows I’ve seen in the last few years, ABC’s Mystery Road stars Aaron Pedersen as Jay Swan, an Indigenous Australian detective whose beat is the rural outback and whose justice-driven vibe is pure neo-cowboy—think Harry Bosch, but behind the wheel of a ute trundling between rural cattle stations and even more rural coastal mangroves.

Directed in its first season by Rachel Perkins and in its second by Warwick Thornton and Wayne Blair (the former also taking on cinematography duties from Season 1’s Mark Wareham), Mystery Road unapologetically focuses both its careful attention and its righteous fury on the the racist violence that is Australia’s post-colonial legacy. With its lead character an Indigenous Australian man working on behalf of the settler’s justice system, this perspective presents ample opportunity for productive tension, and Mystery Road makes the most of it. From the desecrated sacred water source in Season 1 to the clash between archaeology and The Dreaming (aka, Law vs. Lore) in Season 2, the series doesn’t pretend there’s a simple solution to any of the problems settler colonialism has dropped in Australia’s lap. It just takes the present as it is, and tries to make what justice it can out of the tools at hand.

There’s no shortage of moral ambiguity in New Gold Mountain, the SBS miniseries set in Ballarat, Victoria during the Australian Gold Rush that landed on Sundance Now in 2021, but fans of Deadwood, one of the series’ biggest influences, won’t have much trouble swallowing that.

While broadly interested in digging into the uneasy blood between Chinese and white mining concerns on land the British crown stole in the first place, New Gold Mountain really gets going once the body of a presumably murdered white woman is discovered on a Chinese walking path. Was she murdered by a Chinese miner, as revenge on the British governor’s untenably high “Chinese tax”? Or perhaps by her cuckolded husband, enraged she took a lover while he was off panning for gold? Interesting questions, sure, but for Yonson An’s Leung Wei Shing, the avaricious, smooth-talking headman of the Chinese camp who’s alerted to the woman’s discovery before the police are, all secondary to the question of what lengths he’ll have to go to to keep the blame from blowing back on him.

Adapted from Candice Fox’s bestselling Crimson Lake series, ABC TV’s Troppo—which drops for American audiences on Amazon Freevee this Friday—follows unjustly disgraced detective-turned-unwilling goose herder Ted Conkaffey (Thomas Jane) and infamous teen murderer-turned-overeager private eye Amanda Pharrell (Nicole Chamoun) as they team up to investigate the disappearance (and possible murder) of a Korean tech pioneer in the croc-infested swamps of Queensland’s far north. Both prickly by nature and downright toxic by recent personal circumstance, Conkaffey and Pharrell are, from the outset, uneasy partners. Moreover, their partnership makes the locals whose lives they start kicking over in their hunt for Jong Min (Sonny Le) uneasier still, convinced as they all are of the irredeemability of both PI’s alleged crimes, and guilty as half of them are of crimes of their own.

It would not be a spoiler to suggest that one, if not both, of their two fraught histories will get blown up by season’s end—though for good or for ill, you’ll have to watch for yourself. In the meantime, enjoy both the sweaty closeness of the rural tropics that inspired the series’ gonzo title, and the many loving shots of killer crocs cinematographers Martin McGrath and Tony O’Loughlan capture across all eight episodes. If the success of Fox’s original series is anything to go by, we’re likely to have more Pharrell and Conkaffey (and his new family of house-trained geese) hitting our small screens in the future.

Shop Talk: Lisa Unger on Waking Up Early, Carving Out Time, and Writing Longhand in the Target Parking Lot 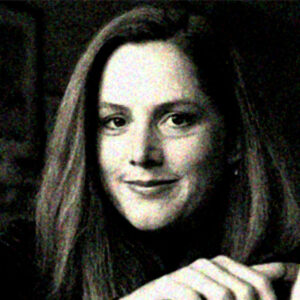 On January 6, 2002, Christa Worthington was found raped, beaten, and stabbed to death in her Cape Cod home. Her two-year-old...
© LitHub
Back to top