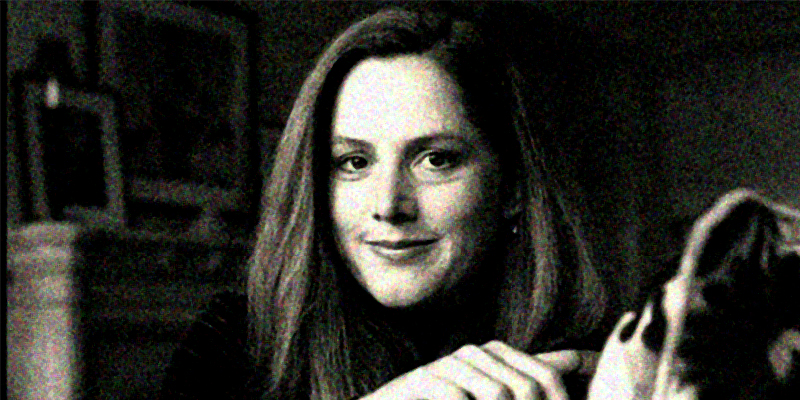 "[W]hy was Worthington treated so callously—including by her own family and the district attorney whose job was to ensure the right person was held accountable for the brutal murder?"

On January 6, 2002, Christa Worthington was found raped, beaten, and stabbed to death in her Cape Cod home. Her two-year-old daughter, Ava, who was physically unharmed, clung to Worthington’s body; the toddler’s mother had been dead for up to 36 hours. The details found in the most basic description of the crime are horrifying on their own and needed no sensationalization, but that didn’t stop the media—and it didn’t take long for Worthington to become the antagonist in her own murder.

In the months leading up to September 11, headlines were dominated by another high profile case with some parallels to Worthington’s: the disappearance of Chandra Levy, a 24-year-old intern whose relationship with married politician Gary Condit made the media salivate. But after the attacks on the World Trade Center and the Pentagon, Levy and Condit disappeared from TV screens and the pages of newspapers and magazines.

By January 2002, the media and the public were ready to return to a new normal—one that included a return to salacious coverage of a missing or murdered white woman. Worthington, a successful fashion writer who had worked in New York City and Paris before relocating to Cape Cod to raise Ava, fit the bill.

The coverage of Worthington’s murder almost immediately placed a strong focus on the intimate details of her personal life—and to say she was cast in a negative light would be an understatement. Just a month after Worthington’s murder, New York Magazine ran a lengthy article titled “The Single-Mom Murder.” Written by the respected journalist Vanessa Grigoriadis, the piece included interviews with Worthington’s “friends,” a number of whom spoke unnamed; a reason for their anonymity wasn’t provided. One word came up repeatedly: drama. By their accounts, Christa both caused and attracted drama.

An unnamed friend told Grigoriadis that an example of the average “Christa drama” was her involvement in a lawsuit against Con Ed after the explosion of a steam pipe in her Gramercy apartment killed three people and injured 24. Then there was her volatile relationship with a  mysterious boyfriend described only as “the magician.”

“There was always this or that drama with this or that guy, and they seemed to reach the soap-opera stage very quickly,” her friend Billy Kimball said. After their breakup, “the magician” smashed Worthington’s front door and she considered getting a restraining order—hardly a “dramatic” response to the threat of physical violence.

At the time of her murder, Worthington was single and lived alone with Ava. The child’s father, Tony Jackett, was a married shellfish constable who had recently become involved in Ava’s life and come clean to his wife, Susan, about his extramarital relationship with Worthington.

Unsurprisingly, investigators initially zeroed in on Worthington’s romantic and family relationships. According to data from the U.S. Department of Justice, 64 percent of female homicides are committed by an intimate partner or family member. In fact, Worthington’s body was  discovered by an ex-boyfriend who remained a good friend, and she was feuding with her 72-year-old father, Christopher “Toppy” Worthington, over financial assets and his relationship with a 29-year-old who struggled with heroin addiction.

An only child, Worthington was set to inherit $700,000 and she had made life and career decisions with this in mind. Although her job as a fashion writer was coveted by many, Worthington’s true passion was literature; it was her major at Vassar College where she wrote her thesis on Virginia Woolf. Worthington planned to scale back on her freelance journalism projects to focus on a fiction book, and a substantial amount of the inheritance was to be used for Ava’s education. Toppy’s financial support of his new girlfriend threatened to cut into Worthington’s inheritance and put her plans for herself and Ava in jeopardy.

Neither “the magician” nor Worthington’s father were described as dramatic. Worthington was branded a drama queen for what sounds like legitimate lawsuit against Con Ed; contemplating a restraining order against a violent ex-boyfriend; and objecting to her father’s relationship with a woman who was nearly 20 years her junior. The phrase “drama queen” is thrown around frequently; it’s no coincidence that “drama king” isn’t part of our lexicon.

Even Worthington’s own family members perpetuated the narrative. While testifying in the 2006 murder trial, her cousin admitted to telling police Worthington was “neurotic and troubled” and claimed she was “stalking” an ex-boyfriend from her New York City days. The cousin also admitted to making a $60,000 profit of Worthington’s murder thanks to her participation in a cable TV special and a Lifetime “movie of the week.”

New York Magazine’s juxtaposition of Tony Jackett’s wife, Susan Jackett, and Worthington was anything but subtle. The week after the murder Susan told Grigoriadis that one of three candles burning in her kitchen was “for Christa” (the other two were for her mother and a son who had passed away). She described working to salvage her marriage and expressed she and her husband’s shared desire to raise Ava. (After a legal battle, Worthington’s will was honored and custody of Ava was granted to her lifelong friend, Amyra Chase.)

Grigoriadis’s note that Susan “couldn’t be more different from Christa” was hardly necessary.

The message was clear: Susan Jackett was what a woman “should be” by society’s standards. She’s a family person, one who forgave her husband’s infidelity and actively wanted to raise the child who was the product of that infidelity. To be clear, there’s not a “right” way for a woman to live her life. Passing judgment on Susan for her decision to stay with her husband is just as wrong as judging Worthington for her life choices. The problem is the fact that the two women were compared at all. With the help of Worthington’s acquaintances, the media propelled the narrative that Susan was morally superior to Worthington.

In 2003, Maria Flook’s book Invisible Eden: A Story of Love and Murder on Cape Cod, was published. Although Flook herself was more sympathetic to Worthington than the media and the general public, her interviews with locals painted a troubling picture of Jackett being given a free pass for his indiscretion while Worthington was skewered. The most egregious example came directly from the mouth of Michael O’Keefe, the district attorney who went on to prosecute the case.

O’Keefe offered a crass glimpse into how Worthington’s case was being treated: “The more we look at her, the uglier she gets… She was an equal opportunity employer,” he told Flook in reference to Worthington’s sex life. “She’d f*ck the husbands of her female friends. The butcher or the banker.”

Meanwhile, Jackett emerged with his reputation unscathed. In his interview with Grigoriadis, he chalked up the relationship as the result of “a midlife crisis.” Later, Jackett told Flook that people in town didn’t treat him any differently after his relationship with Worthington—and Ava—came to light. Flook mentioned that it wasn’t his first infidelity but didn’t elaborate for reasons that are unclear. Perhaps she knew that readers would be far more interested in the murder victim’s relationships.

The media—and, far too often, the detectives working a case—rarely miss an opportunity to shame a woman for having a sex life. The case against Amanda Knox, who was wrongfully convicted of the murder of her roommate, Meredith Kercher, hinged on the narrative that the crime occurred during a satanic sex game gone wrong. (Knox’s boyfriend, Raffaele Sollecito, was also wrongfully convicted and eventually exonerated, but the media placed its focus on Knox.) Knox was depicted as a sex-crazed monster. The media latched onto Knox’s nickname “Foxy Knoxy,” which reporters found on her MySpace page. The nickname had nothing to do with Knox’s sexuality; it dated back to her childhood soccer skills where teammates described her as being quick as a fox on the field. At one point during her incarceration, a prison doctor falsely told Knox that she was HIV positive and forced her to write down the names of all her past sexual partners; the list was quickly leaked to the press. Although prosecutors claimed Sollecito played a key role in the “sex game gone wrong,” his own sex life was only referenced in connection to Knox. There was no search for nicknames or demand that he provide a list of his own past sexual partners.

As I re-visited coverage of Worthington’s murder, there was certainly no shortage of references to dates and boyfriends. But, with several exceptions, there was little elaboration on the nature of these relationships. Furthermore, Worthington was a single woman who had every right to go on dates and have relationships. Plenty of “dates” are casual and fizzle out well before the “in a relationship” status is reached. In short, she was shamed for having an active sex life. While men exchange high fives as they describe their sexual exploits, women are dragged through the mud and referred to as “sluts” and “whores.” There is no male equivalent for these words.

The actual perpetrator was undoubtedly a disappointment to those perpetuating the “got what she deserved” narrative. Worthington’s garbage collector, Christopher McCowen, was arrested in April 2005 and charged with rape and murder after his DNA was found inside her body. McCowen was convicted of aggravated rape, aggravated burglary, and first degree murder in November 2006. After initially confessing and changing his story multiple times; McCowen later pleaded not guilty and has maintained his innocence since trial.

All of this begs the question, why was Worthington treated so callously—including by her own family and the district attorney whose job was to ensure the right person was held accountable for the brutal murder?

Every individual has their own reasons, but it’s easy for human nature to throw us into a mindset that a horrific crime won’t happen to us. After all, Worthington is hardly the first woman to be blamed for her own rape or murder. It’s more comforting to believe that these crimes happen to women with poor judgment, whether it’s dating a dangerous person and missing all the red flags or walking home alone at night. If we believe that, it’s not a leap to believe that we’re safe from rape and murder because we’re careful, responsible, and exercise good judgment. The revelation that a murderer can be someone as seemingly innocuous as a garbage collector is an unwelcome reminder that we are all at risk to meet the same fate as Worthington. 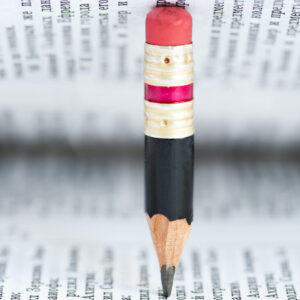 During my high school years, when I was at my most rebellious, my eyes glazed over and rolled with impatience whenever our beloved...
© LitHub
Back to top