David Adams Cleveland is a novelist and art historian. His previous novel, Time's Betrayal, was awarded Best Historical Novel of 2017 by Reading the Past. Pulitzer prize-winning author Robert Olen Butler called Time's Betrayal "a vast, rich, endlessly absorbing novel engaging with the great and enduring theme of literary art, the quest for identity." Bruce Olds, two-time Pulitzer-nominated author, described Time's Betrayal as a "monumental work . . . in a league of its own and class by itself . . . a large-hearted American epic that deserves the widest possible, most discriminating of readerships." In summer 2014, his second novel, Love's Attraction, became the top-selling hardback fiction for Barnes & Noble in New England. Fictionalcities.uk included Love's Attraction on its list of top novels for 2013. His first novel, With a Gemlike Flame, drew wide praise for its evocation of Venice and the hunt for a lost masterpiece by Raphael. His pathbreaking art history book, A History of American Tonalism 1880 - 1920, Crucible of American Modernism, has just been published in a third edition with a new sixty-page introduction by Abbeville Press; this bestselling book in American art history won the Silver Medal in Art History in the Book of the Year Awards, 2010, and Outstanding Academic Title 2011, from the American Library Association. David was a regular reviewer for ARTnews and has written for TheMagazineAntiques, the American Art Review, and Dance Magazine. For almost a decade, he was the arts editor at Voice of America. He worked with his son, Carter Cleveland, founder of Artsy.net, to build Artsy into the leading art platform in the world for discovering, buying and selling fine art. He and his wife split their time between the Catskills and Siesta Key, Florida. More about David and his publications can be found on his author site: davidadamscleveland.com. 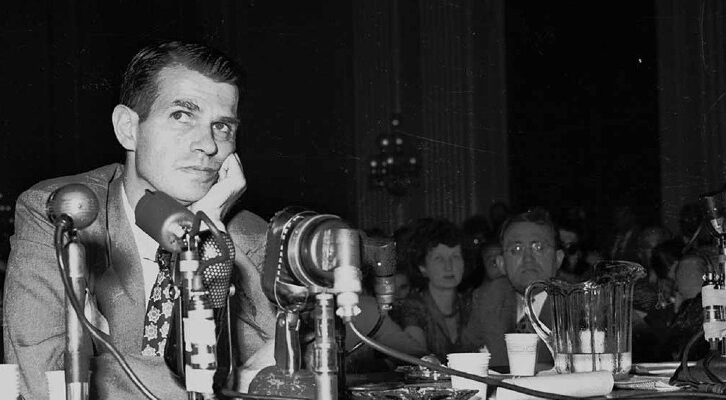 When it comes to Soviet espionage and the Alger Hiss episode, fiction has to work hard to keep up with the deceptions.