Guglielmo D’Izzia hails from Acate, a small town in the southeast corner of Sicily. He was introduced to the theatre and acting in his early teens when he enrolled at the drama school in the neighbouring town’s theatre. There he met his first acting teacher, to whom he still credits his lifelong passion for the craft. A few years later, aching to pursue a professional acting career, Guglielmo made the big move to the capital, Rome. After a successful stint as an actor/voice-over, which included a highly praised two-year theatrical tour of Amadeus starring one of Italy’s premiere personalities, Luca Barbareschi, and designed by four-time Oscar winner Milena Canonero, he decided to further his craft in New York City and enrolled at the Lee Strasberg Theater and Film Institute. Guglielmo now lives in Toronto, where he rediscovered his passion for writing. He’s a proud graduate of the creative writing program at the University of Toronto School of Continuing Studies. His debut novel, The Transaction, was the winner of the 2021 Crime Writers of Canada Awards of Excellence (Best First Novel). Other awards and recognitions for The Transaction include the 2016 Marina Nemat Award (unpublished manuscript); 2020 Cannes Film Festival | Shoot the Book! program (official selection); 2020 Foreword INDIES Finalist (Mystery); 2020 International Book Awards Finalist (Literary Fiction); and 2021 IPPY Awards Silver Medal (Europe — Best Regional Fiction). He was also nominated 2020 “Most Promising Author” by The Miramichi Reader’s “The Very Best!” Book Awards. 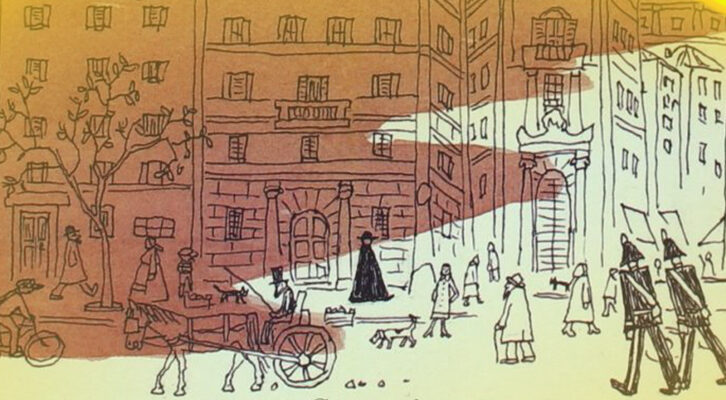 Fascist censors conspired against crime novels. Readers ate them up. Then a new generation of Italian writers, influenced by Kafka, deconstructed them.