La Carmina is an award-winning alternative culture journalist and TV host. She runs the leading blog about Goth travel, fashion and Satanism (LaCarmina.com/blog), which was featured in The New York Times and Washington Post. La Carmina is the author of four books including Crazy, Wacky Theme Restaurants: Tokyo and Cute Yummy Time, published by Penguin Random House. She received a journalism prize from the Society of American Travel Writers, and her writing has appeared in Time Magazine, CNN, Business Insider and Architectural Digest. As a TV personality, La Carmina has danced with William Shatner and Henry Winkler on NBC's Better Late Than Never, dined with Japanese monsters on Andrew Zimmern's Bizarre Foods, negotiated a $666 taxidermy head on Discovery Channel's Oddities, cooked cute food on The Today Show, and debated "bagelhead" body modifications on The Doctors. She is a graduate of Columbia University and Yale Law School. Follow La Carmina's Gothic adventures in over 70 countries on LaCarmina.com and social media @LaCarmina. Her latest book, The Little Book of Satanism, is now available. 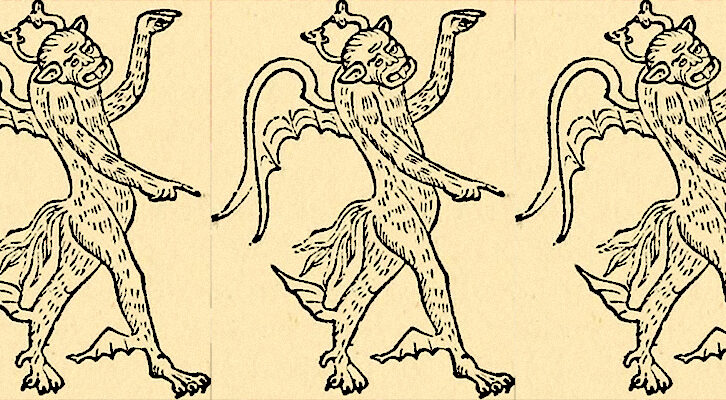 "Cultures and religions around the globe have long imagined Devil-like figures..."