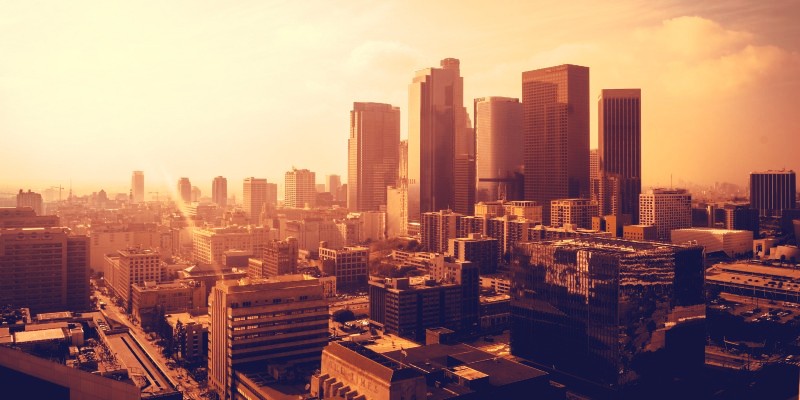 Code Blue: Ballard, Bosch and a City in Crisis in Michael Connelly's The Dark Hours

Connelly – the shadow historian for the LAPD and the city of Los Angeles – shows both institutions approaching a crisis point.

For four decades, nobody has worked the Los Angeles crime beat better than Michael Connelly. Connelly’s “watch” started in the 1980s as a crime reporter with the Los Angeles Times and continued, since 1991, with the publication of 36 crime novels set in the city. He has covered everything from the chaos that gripped the city after the 1992 acquittal of four LAPD Officers charged with the savage beating of African American motorist Rodney King to the imposition of a federal consent decree over the LAPD in 2001 after another scandal in the Rampart Division, and from the shuttering of the dilapidated Parker Center on Los Angeles Street to the opening of a gleaming new LAPD headquarters on First Street. Connelly’s books have so much credibility that he has become something of a shadow historian for the LAPD and – by extension – for the city of Los Angeles.

I have faithfully read everything Connelly has written, but nothing prepared me for the searing depiction of a police department – and a city – in mortal distress that I found in his newest novel, The Dark Hours. If you have wondered what post-pandemic, post-civil unrest crime literature might look like; read this book.

The Dark Hours is the fourth Connolly novel to feature LAPD Detective Renée Ballard who first appeared in 2017’s The Late Show. Ballard works the “late show” in LAPD’s Hollywood Division, the dark hours between midnight and dawn when the city is sleeping and predators are on the prowl. Unlike other cops, Ballard thrives on the graveyard shift, where she can work her cases free from department interference, pursuing justice on her own terms.

In Ballard’s last two outings, Dark Sacred Night and The Night Fire, she shared equal billing with retired LAPD Detective Harry Bosch. Ballard and Bosch also shared equally in the plot, with Connelly trading chapters between the characters as they developed an unorthodox partnership with Ballard inside the LAPD and Bosch on the outside.

In The Dark Hours, Ballard describes the evolution of their relationship:

“Bosch had always been a sort of homicide guru to Ballard. Since the night she caught him going through her files in the D-bureau – long after he’d retired. She wasn’t sure whether it was the wisdom or experience, of if experience brought the wisdom, but she knew he was never just backup. He was her go-to guy and she trusted him.”

The Dark Hours is billed as a “Ballard and Bosch Novel,” but here Ballard is the star of the show with Bosch providing her with much-needed back-up and support.

The novel opens as the clock strikes midnight on New Year’s Eve, closing out the pandemic year of 2020. Detective Ballard is on tactical patrol, policing trigger-happy revelers who fill the night skies with stray bullets at the stroke of midnight. She is in uniform for the first time since the entire department was called out to handle citywide civil unrest earlier in the pandemic year. Ballard’s uniform still reeks of tear gas from those encounters, causing her to reflect on the impact of “the year that had been:”

“The pandemic and protests had changed everything. The department went from being proactive to being reactive. And the change had somehow cast Ballard adrift. She had found herself more than once thinking about quitting.”

“To Ballard, much of the department had fallen into the pose of a citizen caught in the middle of a bank robbery. Head down, eyes averted, adhering to the warning: nobody move, and nobody gets hurt.”

Nobody move and nobody gets hurt.

That is a very long way from “to protect and to serve” and an even longer way from Harry Bosch’s personal code – “everybody counts or nobody counts.”

Ballard is an outlier in her own department, still working her cases, following her own personal code which she describes as “getting off my ass and knocking on doors.” Ballard has what Raymond Chandler described as an essential characteristic of a hero in a detective novel, a “personal conscience.”

Ballard, like Bosch, never quits a case. She takes every case personally.

In The Dark Hours, Ballard is investigating two separate cases. One is a serial rapist case involving two violent perps dubbed the “Midnight Men” who break and enter homes in the Hollywood Hills at night to rape and terrorize single women. The other is a case Ballard picked up during her New Year’s Eve patrol – the mysterious New Year’s Eve murder of a seemingly law-abiding Hollywood auto body shop owner named Javier Raffa that takes place as guns are going off all over Hollywood to ring in the New Year. Ballistics in the Raffa investigation point Ballard to an old “open and unsolved” murder from the Harry Bosch files. Pursuing the lead, Ballard enlists Bosch, now retired and working private investigation, to help her. With the rest of the police department sitting on their hands, Bosch also offers her backup on the Midnight Men investigation.

As January 2021 unfolds amidst surrealistic scenes of insurrection in the nation’s Capitol, Ballard and Bosch patrol a city buckling under the impact of both the pandemic and an “epidemic of the unhoused.” In one sequence, Ballard takes a call to investigate a death at a homeless encampment. Connelly has described the murders of homeless victims in his crime fiction before, but I can’t recall anything as moving as his description of Ballard’s encounter with an encampment under the Gower Street overpass of the Hollywood Freeway:

“During the pandemic it had grown from a few tents to a full community of tents, lean-tos, and other ragtag structures – belonging to a homeless community that numbered at least 100 people. . . . A piece of blue tarp used as a door had been flipped up over the top of the makeshift shack. There was not enough room for anyone other than Ballard to enter. The space was smaller than a cell at the old county jail.  There was a dirty mattress on the ground and on it the body of a fully dressed man with unkempt hair and a straggly beard. Ballard estimated that he was in his twenties even though he looked like he was in his thirties, his body aged by drug use and living on the streets. He was on his back, his eyes pulled open in rictus and cast upward. There was no roof. Twenty-five feet above them was the steel underside of the freeway. It rumbled every time a car crossed it, and even at midnight the traffic up there was a constant.”

Amidst the heart-wrenching ruins of a dysfunctional city and the confounding passivity of a broken police department, Ballard struggles to keep her focus on the case work which has given her “purpose” amidst the wreckage. With Bosch as her only back-up, Ballard follows her instinct to “get off my ass and knock on doors” and finds herself face-to-face with the Midnight Men. Relying on their unorthodox, and unauthorized, partnership, Ballard and Bosch follow every lead to close both cases in thrilling fashion and not without a few cliffhangers.

But after solving the cases, the novel’s real cliffhanger remains.

The real cliffhanger in The Dark Hours is what’s next for Renée Ballard?

Disappointed by her department and frustrated with her colleagues, Ballard is on the verge of “pulling the pin” and quitting the LAPD for good. An offer to join Bosch in private investigation beckons. The book closes with Ballard undecided on her future after an encounter with the Chief of Police who tells her the department can’t afford to lose good cops like Ballard and that the LAPD needs to change – from the inside.

“We either change or we die,” the Chief advises Ballard.

To change or to die. That is the question.

Will Ballard stay with the LAPD and work for change from inside or will she go into partnership with Bosch on the outside and let the department die?

I don’t know where Connelly will go next with Ballard, but I do know this: Renée Ballard is a fighter. From the start of this series, she has been fighting every step of the way  – fighting for the victims in her cases, fighting against discrimination and harassment in a male-dominated police force, and fighting to break what Connolly portrays as the ultimate glass ceiling in policing – becoming a detective in the elite, and highly cloistered, RTD – Robbery-Homicide Division.

Maybe Connelly’s Chief of Police is right.  Maybe the LAPD needs fierce fighters for justice like Ballard – cops willing to “get off their asses and knock on doors” – no matter what the obstacles. And maybe, if cops who care enough to fight for justice – cops like Ballard –  “pull the pin” and quit, then there won’t be much left to fight for.

We won’t know the answers to those questions until the next chapter in the Ballard series. In the meantime, in the words of the soul singer William DeVaughn, “be thankful for what you got,” and join Ballard and Bosch in The Dark Hours.

Bruce K. Riordan is a federal prosecutor in Los Angeles. All of the views expressed in this review are entirely his own and do not reflect the views of his employer, the federal government or anyone else living or dead. 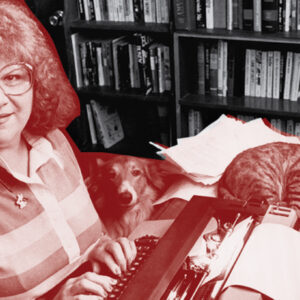 In this current phase of life, one I like to uniquely call, “The Era of Absolute True Crime Insanity!”, it seems we have...
© LitHub
Back to top