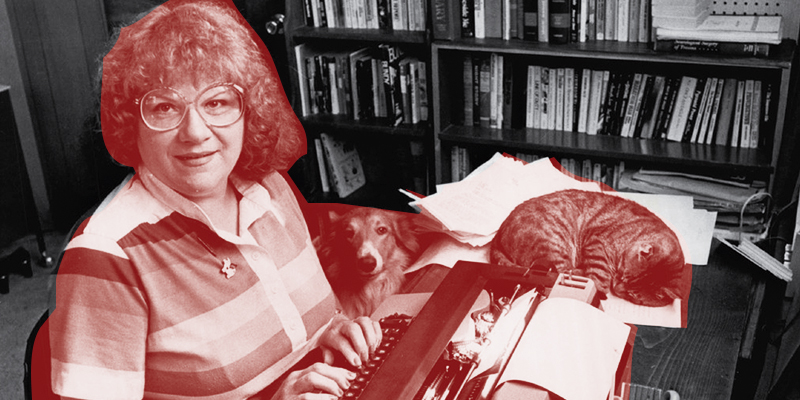 An ode to the original queen of true crime, who focused on victims, not perpetrators; lessons, not details; and loss, not violence.

In this current phase of life, one I like to uniquely call, “The Era of Absolute True Crime Insanity!”, it seems we have delved into nearly every subject on every podcast, documentary and book. We’ve explored so many wronged victims, and even more wrongly accused. We’ve mourned the loss of Michelle MacNamara, we’ve wondered if Scott Peterson was innocent (This confuses me but I’m trying to remain level-headed!), and we claimed to have uncovered the Zodiac killer for the upteenth time! But in all of this, I find myself still angrily screaming into the void… What about Ann Rule?

Have we forgotten the actual queen of True Crime? The woman who did it all, before you could do it all? The woman who wrote over 35 best-selling books and thousands of articles, while being a single mom, who kept up correspondence with victims’ families, worked with the FBI, and lectured detectives on serial killers across the country? Where is the podcast-turned-documentary-now-movie-starring-Meryl-Streep about Ann? I’m hoping my cry for help here today is actually not needed, and that all of this is in the works, and we can rest easy that the world is very aware of the groundbreaking career of Ann Rule, but just in case, I will continue on.

Let me begin by saying I am not here to talk about Rule’s relationship with Ted Bundy. While I do write about that briefly in my upcoming memoir, Murder Book, I believe we all know it’s well covered at this point. (Plus, I found The New York Times posthumous piece about Rule, Stranger Beside Me, and her being “too close to the case” incredibly distasteful). Ann’s career is so much more than her knowing Bundy, though it did put her on the map. She wrote countless stories about victims who we might have otherwise never known anything about, and she did it all in the hopes of saving future lives.

You might ask yourself, what is an Ann Rule book? To me, it is a genre of it’s own. They’re big, bulky texts, hardcovers with tall, daunting fonts, like that of …And Never Let Her Go, which features a red diary washed up on shore. While several of Ann’s books do cover very prominent cases in the news (Green River, Running Red, The I-5 Killer, to name a couple), the bulk of her work is focused on crimes against women. In particular, crimes against married women, who were murdered by their lovers, spouses, or even ex-spouses. When looking at the body of Rule’s work as a whole, I believe you’ll find that so many of these victims have one thing in common. They were happy people. Or at the very least, they wanted to be.

Rule writes with such great attention to detail, especially when it comes to personality, and the hopes and dreams of these women whose lives were cut so short. They are women who love to dance, they love to laugh, they love their children, their families and their dogs. They are women with sisters, mothers, and countless friends. Women who mattered to their community. Women who were simply looking to have a good life, but somewhere along the line, trusted the wrong man, and it cost them their life. Nearly every time I open an Ann Rule book I find myself thinking, “this woman could have been me.” This woman could be any of us, and that is what seemed to drive Ann to write these stories. In many interviews, Rule speaks about not only her desire to “give the victim a voice” but furthermore she hoped her work “might somehow save other victims.”

And it did. In one interview, Ann shared that she received letters from readers who told her, “I’d be dead if it wasn’t for something I read in one of your books.” Who knows how many women this is true of who didn’t write to Ann. In a world where it seems the male gaze has attached its grimy fingers to every little thing around us, Rule’s writing stands out. When she came along, the true crime genre was wildly male dominated. So much so that her first editor made her write under a male pen name, until she became so popular it was more than obvious that yes… women can write! Even about murder!

“It seems to me, I may bring something to the field of crime writing that men do not.” — Ann Rule.

Love the bluntness, honey. Anyway, she’s right. Rather than sexualizing women, Ann writes with empathy. There is nothing sensationalized about her work. Some people have gone as far to say she wasn’t even that great of a writer. I disagree wholeheartedly, but I think maybe what they’re getting at is that she wasn’t in it to sell the gory details. She wrote the facts of the case; The facts of the women’s lives, and of their killer’s. She brought facts together to paint the picture of everything that led up to these crimes. Her books often read as a cautionary tale, with hopes that these facts will help others so they know what to look out for.  And it worked. Women everywhere read Ann’s books. Ask any one of your mothers or your aunts. They know who Ann Rule is. To me, her fandom is that of the Anti-Danielle Steele. She was writing to the women of the world, and they were writing to her. Because they knew too well how real her stories were. That they could be a victim, too. One of her readers, tragically, was not able to escape. Rule’s book Every Breath You Take, tells the story of Sheila Blackthorne Bellush, who seemed to know what was coming for her. Before her wrongful death, she said to her sister, “Promise you’ll find Ann Rule and ask her to write my story.”

Did you just get the shivers? I know I did. This woman knew what was coming, but she wasn’t able to escape. So Ann wrote her story, too, to help more battered women in the world, who might pick up a copy, and might be able to escape.

True crime and the news media have roots in misogyny, this we know. The way in which we talk about victims (women can only be the Madonna or the whore!), how the jury picks a verdict, and even how the police go about their investigations are often corrupted by patriarchy. Today we as a society have made some progress, but when Ann’s career began in the late 1970s there was no such thing as cancel culture, and feminism was a dirty word. The only true crime book anyone knew about was In Cold Blood and between you and me, it’s not one of my favorites.

When Ann left her job as a policeman and began to sit at her typewriter, telling the stories of murdered women in the Pacific Northwest and beyond, she also began to pave the way for a different type of storytelling when it comes to murder. She began a feminist text of true crime. It is because of her body of work today that we have the Michelle MacNamaras and the My Favorite Murders and the Making a Murderers. I’m not suggesting that Ann was the very first woman to step into the true crime world, but I do know that she left the biggest footprint. 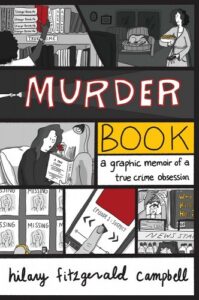 Hilary Fitzgerald Campbell is first and foremost a Law and Order historian and enthusiast and only second an artist. Her cartoons have appeared in The New Yorker, The New York Times, and more. Murder Book is her debut graphic novel, published by Andrews McMeel. Campbell has illustrated best selling books such as Feminist Fight Club and Are You My Uber? Before she began to draw professionally, Campbell directed award winning documentary short films (This is Not the End, Small Talk) but then Hilary was like “this is exhausting” and retired to her drawing desk for eternity. She lives in Brooklyn with her puppy who is named after the third sister wife in Big Love and a vast collection of 90s erotic thriller DVDs. Follow her on Instagram @cartoonsbyhilary!

Code Blue: Ballard, Bosch and a City in Crisis in Michael Connelly's The Dark Hours 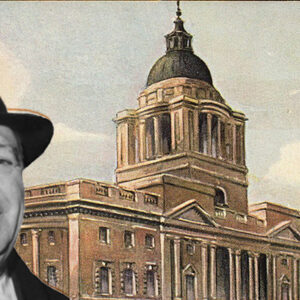 On April 9th 1957, at the close of a sensational 17-day criminal trial at the Old Bailey, the British newspaper proprietor...
© LitHub
Back to top