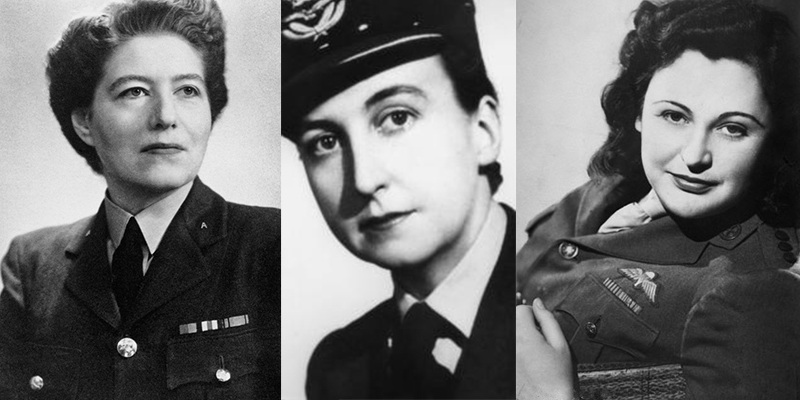 Behind Enemy Lines: Women in Combat During World War II

Women served as snipers for Stalin, codebreakers for Churchill, and special operatives behind enemy lines across the board.

The historical roles of women in combat during the Second World War have always interested me. When I started my research into the women who served their countries for my upcoming novel, The Paris Apartment, I was introduced early to the biographies and memoirs of women in combat on the Eastern European front, where the war had come to the cities and towns with unspeakable savagery and a shocking number of casualties for both civilians and soldiers.

From this horror emerged lethal snipers such as Klavdiya Kalugina, Lyudmila Pavlichenko, and Roza Shanina. Sergeant Mariya Oktyabrskaya was awarded the Soviet Union’s highest award for bravery during combat at the helm of her tank, and Stalin’s female air force pilots would fly over thirty-thousand combat sorties during the course of the war and produce the world’s only two female fighter aces, Lydia Litvyak and Yekaterina Budanova.

Yet on the Western Front, where my novel is set, there were no female snipers or tank gunners or fighter pilots. From the outbreak of the war, women had been serving in a myriad of critical auxiliary capacities with duties that included ferrying planes from factories to airfields, driving ambulances, providing medical care, and assuming positions in factories, trades, and agriculture. But even in 1941, with a dire shortage of able-bodied men in Britain and women being recruited to help man anti-aircraft batteries, there were still combat restrictions. While the “Gunner Girls” excelled at their roles as Spotters, Range Finders, and Predictors, firing of the guns themselves was the responsibility of their male teammates because, even in a war, the government stubbornly maintained it was not appropriate for “life givers to be life takers.” What use could women possibly have in combat?

It wasn’t until 1942 that the first women would enter the war on the Western Front in a combat capacity. At that time, the Special Operation Executive lobbied for, and received, Winston Churchill’s endorsement to recruit and deploy female SOE agents behind enemy lines. Colonel Colin McVean Gubbins, the head of military operation in the SOE, had argued that women would have much greater freedom of movement under the Occupying Nazis, making them the perfect couriers and saboteurs. His arguments were further augmented by the twin realities that Britain was running out of men, and fit males had become obvious Nazi targets. At that point, irregular male combatants sent covertly into Occupied Territories had a life expectancy of less than three months.

The majority of the women recruited by the SOE went to the F (French) Section. Like my character of Sophie Kowalski, these women were identified by their ability with languages— they spoke French like a native of the country. Some were, in fact, French, others had at least one French parent, and most came from very cosmopolitan or unconventional backgrounds. And like Sophie, many expressed the desire to do more—to face the enemy and fight as their father, brothers, or husbands had.

Once in the F Section, under the guise of a First Aid Nursing Yeomanry member, these women came under the supervision of Vera Atkins. Atkins prepared them for the clandestine role that they were about to embark upon, sharing with each one why they had been chosen, how they might hide their new secret position to friends or family, and how their training would be arranged. For the first time, women would undergo the same combat training that their male counterparts completed. The first three weeks of training near Guilford was an assessment period. From there, the agents were sent to Scotland for paramilitary work that included explosives, weaponry, stalking, and killing. Those who graduated completed parachute training near Manchester. And lastly, at the Beaulieu Estate in Hampshire, the agents began to learn spy craft, including Morse code, coding, resistance to interrogation and torture, and communication.

The character of Sophie Kowalski was inspired by real agents like Virginia Hall, Nancy Wake, and Pearl Witherington Cornioley. Virginia Hall, an American who had been working in embassies across Europe, was recruited by the SOE for her intelligence and impressive command of both French and German. Nancy Wake, a New Zealand-born journalist working in France, whose husband was executed by the Nazis, was recruited for her knowledge of the country and its underground networks. Pearl Witherington Cornioley, an Englishwoman who had grown up in Paris, joined the SOE with a fierce desire to fight the Nazis and posed as a cosmetics representative while couriering critical information throughout France.

Each of these women would be pursued and hunted by the Nazis but would ultimately survive to tell their tales. Reading their memoirs and stories, I came to appreciate the extent of the obstacles that they overcame to serve their countries. A total of fifty-five women were deployed, thirty-nine of those into Occupied France, and three were awarded the highest civilian gallantry honour, the George Cross.

So what use could women possibly be in combat? As it turns out, quite a lot. And while The Paris Apartment is a work of fiction, the plot and characters both products of my imagination, there is nothing fictional about the role that these brave women played in the Allied effort against the Nazis. Their courage, tenacity, and resilience will live on, in the pages of memoirs and novels, diaries and biographies. No matter how or where they served their country, they will not be forgotten.

If you’re looking for a great novel about the women who served in combat, try:

If you’d like a front seat in the real-life experiences of the women who were there, here are some of my favorite memoirs: 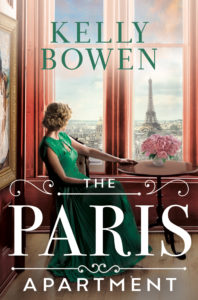 Kelly Bowen is an award-winning author with a lifelong passion for telling stories about remarkable women doing remarkable things in history. Her ten novels and five novellas have been published worldwide and translated into five languages. Her upcoming novel, The Paris Apartment, about a young woman who inherits a Parisian apartment undisturbed since WWII and discovers the mysteries of her grandmother’s secret and heroic past, will be published by Forever, an imprint of Grand Central Publishing, on April 20, 2021.
http://www.kellybowen.net 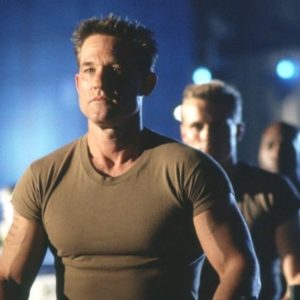 I’ve always loved my science fiction/fantasy and romance with a touch of suspense—and lots of action. Those are the types...
© LitHub
Back to top