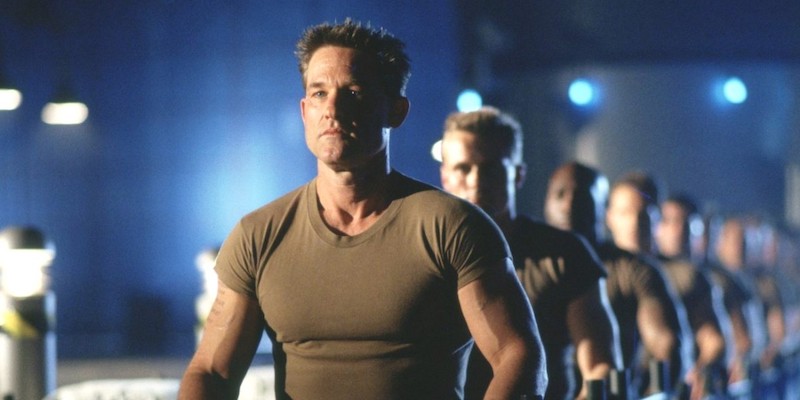 They've got plenty of skills. But can they find their humanity?

I’ve always loved my science fiction/fantasy and romance with a touch of suspense—and lots of action. Those are the types of stories I gravitate towards in the books I read and the movies I watch, and they’re the stories I have the most fun writing. When I first thought about the GhostWalker series, I knew I wanted it to revolve around a group of soldiers who have super-human abilities as the result of a secret experiment. From telekinesis to DNA modifications, the GhostWalkers have seen a lot of paranormal activity, and most of the science fiction is based on real science somewhere along the way—including the seventeenth installment in the series, out this March, Lightning Game.

I’m not the only one who enjoys these stories. The soldier or hero who can rush in and save the day because of his super skills is a common trope in film. I’d like to share with you my top five favorite characters from stories about super soldiers whose ultra-abilities have been the result of DNA experiments, secret government training, or a means of surviving the situation they find themselves in.

Soldier is a movie starring Kurt Russell from 1998 where Kurt plays a super soldier who is deemed “obsolete” named Todd 3465.

I love this movie because you can sympathize with the hero as he grows into his humanity through helping the people who took him in. Surprisingly touching, this is one of those movies I’ve thought a lot about over the years. The soldier was thrown away because he was considered outdated. He was ‘adopted’ by a family and slowly learned to care for them. I loved that slow discovery of his emotions.

This movie shows just how far technology and science can take us and what we might do with it. I have a tendency to do a tremendous amount of research for my books, particularly the GhostWalkers, and then attempt to fast forward that technology and science as far into the future as I can while still making it believable. Unfortunately, it feels as though by the time my books are published, the technology and science has already caught up with me! I love that, though. BladeRunner was a great movie to show this type of blend of science we’re familiar with and what we haven’t even imagined yet. Plus, there’s a love story buried in there, and of course I love that!

This movie follows Max, a young woman who was a genetically enhanced child and managed to escape from the lab when she was young. Over the course of the story, we get to see how kick-butt she is. I’ve always included children in my stories because I have been surrounded by very intelligent children for as long as I can remember. It seemed natural to include them in almost everything I write in some way. The premise of Dark Angel intrigued me, because in doing research into psychic abilities, I had come across the mention of similar experiments. The idea immediately took wing in my mind. Not only do I love strong child characters, but I love strong heroines as well—and this one delivers in a big way!

Bruce Banner has always been a favorite of mine. He didn’t start out as a hero. And through a science experiment gone wrong, Bruce finds that he morphs into the Hulk when provoked and to save those he cares about. I love to write heroes that aren’t perfect in my own stories. They can be rough and scarred and do everything wrong but still come through when needed.  The character of Bruce Banner really reinforced the truth of that. Eventually the government tries to acquire him, and we know not everyone in the government can be trusted.

I love the science in this movie. You get to see unlimited resources put to use in order to create weapons. I’ll admit, I’ve probably watched the sequence of how he constructed his first suit dozens of times. This is one of my favorite movies, and primarily because of that one scene. The inventiveness of it. I just love watching Tony Stark figure out what he can use in that cave to not only break out of his prison but do so in style. Soon we discover there’s no greater or more terrifying weapon than man himself. Put a man into a super soldier suit and you’d best hope the owner of that suit is on the right side of the law.

The government decides to experiment on Lee Majors by adding technology to his body, thus making him a kind of cyborg. The hero is engineered and then used by the government for high-risk missions. I watched this as a young girl, when I was already telling stories to my sisters and writing other stories down, so ideas like this one had a big impact on my later writing.

This movie really appealed to me. I love the idea of training for survival and become lethal. Hanna is a young girl whose father raised her to be an assassin and to take care of herself. Lots of action!  I stumbled across this movie fairly recently and really enjoyed it. My poor children will tell you a great deal of their childhood was spent in learning survival techniques. Perhaps not quite to the extent of Hanna, but they started learning all kinds of things at very young ages. I especially thought the beginning of this movie was really well done in that it firmly established in viewers minds just how she became who she was and how she learned all the things she knew. 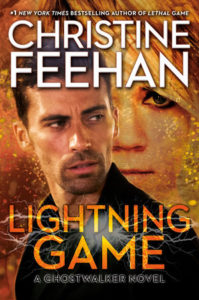 Christine Feehan is the #1 New York Times bestselling author of the Carpathian series, the GhostWalker series, the Leopard series, the Shadow Riders series, the Torpedo Ink series, and the Sea Haven novels, including the Drake Sisters series and the Sisters of the Heart series.

Behind Enemy Lines: Women in Combat During World War II 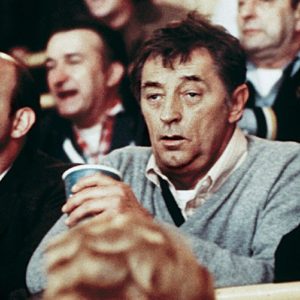 When you think ‘Boston Noir,’ you probably think of The Departed or The Town or, David Ortiz help us, Boondock Saints....
© LitHub
Back to top