In Search of Beijing's Spies, Private Eyes, and Homicides

Perhaps crime writing doesn’t sit too easily with the Chinese Communist Party’s current all-embracing slogan of the “Harmonious Society” (hexie shehui). After all, tales of murder, violence, corruption and political shenanigans don’t reflect the Beijing President Xi Jinping is keen to show to the world.

Officially in the Chinese capital the police serve the 21.5 million Beijingers selflessly, corruption is just about one or two rotten apples, and any crime admitted to is the result of outside interference. Watch Chinese TV and you’d be forgiven for thinking that 95 percent of crime in Beijing was committed by men from the rather restive Muslim province of Xinjiang or one or another Central Asian republic. So you have to launch a full-scale investigation to uncover any worrisome nests of detective fiction writers harboring in their literary lairs in Beijing. Added to this is the age-old problem of lack of translation meaning that all too often we have to rely on foreign writers to depict the criminal underbelly of China and its capital. And can we really trust foreigners? Last year posters appeared across Beijing warning government workers not to fall in love with foreigners—that good looking gap year language student could be a spy for the CIA!

First, let’s look at a couple of local suspects. He Jiahong was born in Beijing in 1953. He survived the Cultural Revolution and eventually became a lawyer working out of Beijing’s Renmin University. There he founded the rather daring Research Centre of Wrongful Convictions and has become an outspoken opponent of corrupt businessmen and politicians. He’s also found time to be a novelist and his detective novel (though the hero, Hong Jun, is a lawyer to avoid any complications with defaming the people’s police — even in China it seems lawyers are fair game!) Hanging Devils (2011, called Black Holes in some editions) caused a stir. It’s 1990s China and a new openness is bringing old crimes back into the light. A decade old murder in the cold rust belt of Northeast China rakes up old grievances from the days of the Cultural Revolution. He Jiahong claims the investigation is based on a real life murder and cover up.

Very different in style—a driving first person narrative as opposed to He’s more sedate procedural—is A Yi’s A Perfect Crime (published originally in Chinese as Now, What Shall I Do Next? in 2012). The novel won an English PEN award in 2015. To avoid the censors the murder that starts the narrative takes place in a nameless town but the subsequent trial of the killer—through whose voice we are told the story—is clearly in Beijing. A Yi’s writing is pared back, short, driven by pace, and very to the point—a style accentuated in Anna Holmwood’s effectively sparse translation. His killer offers no apologies, no mysteries: he kills because he can, because he’s bored, because he wants celebrity. The book is highly critical of China’s “Me Generation” of supposedly spoilt single kids. Perhaps because of its choppy, noir literary style in a country where much contemporary writing tends to the flowery, or the darkness of the subject matter, A Perfect Crime was more praised in the West than in China. When it was first published many critics saw parallels with the 1930s Chinese writer Lu Xun who himself borrowed ideas from Gogol—Gogol’s 1835 Diary of a Madman was the inspiration for Lu Xun’s 1918 short story A Madman’s Diary—and certainly these are clear influences on A Yi. However, when I interviewed him in London shortly after the English translation of the book appeared, he told me he was also heavily influenced by noir master Jim Thompson’s The Killer Inside Me (1952). Thompson’s classic is a first person narrative about an unapologetic criminal too.

Inevitably, in a country of extreme political sensitivities and highly active censors, some Chinese writers have found their voices abroad. Diane Wei Liang is one Beijinger who now lives in London and has also found the crime genre a useful way to work out notions of contemporary China. Wei Liang was born in Beijing in 1966 but swiftly had to join her parents in a remote labor camp at the height of the Cultural Revolution (you’ll have noted that the Cultural Revolution, now fifty years ago, still casts a long shadow in China). She got back to Beijing to study at university just in time to get caught up in the Tiananmen Square protests of 1989. Her involvement in the democracy movement necessitated a swift relocation to the US and then to the UK. In 2007 Wei Liang published The Eye of Jade, the first mystery featuring the very independent female Beijing private investigator Mei Wang. A search for missing artefacts leads back to the Chinese gulags (the laogai) and the Cultural Revolution.

Mei Wang gets a second outing in Paper Butterfly (2008). In her Mei Wang novels Diane Wei Liang gives us a great deal of the flavour of contemporary Beijing—the migrant workers slaving on construction sites to send money back to the countryside, the get-rich-quick city slickers with no time for the less fortunate, the greedy politicians, the corrupt officials, the congested capital city with its endlessly gridlocked ring roads. Like all Chinese crime writers Wei Liang opts for a hero/heroine outside the official system—this time a PI. It’s an interesting choice as a surge in “bride-napping”, tracking down mistresses, “outing” corrupt local officials, finding missing people the state wasn’t interested in, all meant that PIs (perhaps one of the most free market jobs imaginable) really did start to ply their trade in 1990s Beijing.

Catherine Sampson studied Chinese in England before working in Beijing for the BBC and The Times covering the Tiananmen protests in 1989. In 2004 she launched a series of books featuring Robin Ballantyne, a TV journalist and single mum working for “the Corporation” (which any Brit would instantly recognize as the BBC). Falling Off Air (2005) saw Ballantyne investigate a neighbor’s death in London. Robin was back in Out of Mind (2006) looking for missing people. Both books were pretty good mysteries. But then Sampson decided to take Robin Ballantyne to Beijing to have her investigate a murder. Her insider descriptions of Beijing really lifted the series to a whole new level. In Beijing Ballantyne meets one of the new breed of Chinese PIs, a man named Song Ren, and they decide to work together. The Pool of Unease (2007) captured Beijing’s freezing winters and opaque bureaucracy perfectly. In The Slaughter Pavilion (2009) Song Ren investigates the case of a businessman who seemingly decides to leap from a tall building to his death. In a reversal of the more common foreigner-comes–to-China narrative PI Song ends up having to negotiate the slums of East London.

Several foreigners have opted to use Beijing police detectives as their lead characters; writers outside China don’t have to worry too much about getting on the wrong side of the Beijing cops. Christopher West created Inspector Wang Anzhuang of the Beijing Public Security Bureau as his hero back in the early 1990s. West had travelled extensively in China before he came up with the idea for the series. Death of a Blue Lantern was published in 1994 and sees Wang thrown into the dark machinations of Communist Party politics as he hunts down a murderer. Death of Black Dragon River (1999) also sees Wang hunting down a killer targeting Communist officials, while Red Mandarin (also 1999) has Wang down in Hong Kong on the eve of the handover from Britain to China investigating yet another dead Party official. The books were mildly popular at the time, but perhaps only to those with an especial interest in China. Since the 1990s of course China has become a much larger subject and now all the Inspector Wang novels have been reissued as ebooks for a new audience.

And nowadays the audience for Beijing crime is seemingly massive. Ask Peter May, the million selling author of The China Thrillers series. The series started in 1999 with The Fire Maker, where we are introduced to Beijing detective Li Yan of Beijing’s Serious Crimes Squad, who works closely with American expat forensic pathologist Margaret Campbell. May made annual trips to China during the writing of the series to make sure he got locations right. To date he’s the only foreigner to be admitted to membership of the Chinese Crime Writers’ Association. Yan is a Beijing cop devoted to his career as a means of restoring the respect his family lost during the Cultural Revolution (there’s that meme or theme again). The China Thriller series encompasses six books and looks closely at Beijing’s diplomatic community in The Fourth Sacrifice, (2000); a quick side trip down to Shanghai in The Killing Room (2001); Snakehead (2002) follows the people smuggling routes from Beijing to the United States; The Runner (2003) finds Chinese Olympic athletes strangely dying; and finally Chinese Whispers (2003) is Li Yan’s final case, a serial killer at large in Beijing. The books have been extremely popular and, although May himself has moved on to set crime series in France and elsewhere, his China books remain sought after and have recently all been republished by Quercus’s upmarket crime and literary fiction imprint Riverrun.

In the current political situation it seems unlikely that we are about to see a sudden flowering of crime fiction from Beijing. It’ll remain a sensitive and politically suspect genre in China. Most of the new work will probably be outsiders trying to interpret the city and country. And, as the relationship between China and the rest of the world changes so perhaps will the novels featuring Beijing. And so I’ll end on an espionage novel because the use of China for a setting in spy novels is a burgeoning genre. Adam Brookes was a BBC correspondent in Beijing who clearly soaked up the city’s atmosphere during his sojourn there. In Night Heron (2014), the first in the Philip Mangan trilogy, a British journalist is unwittingly pulled into the spy business. Brookes’ descriptions of frenetic contemporary Beijing (seen largely through the eyes of a Chinese dissident sent away to the laogai twenty years previously) are spot on and leave a lasting impression of this most cacophonous and fast paced Chinese capital city. 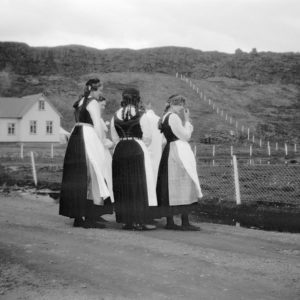