It took years before I found writers that reminded me of where I came from. Farmers, factory workers, war vets, bartenders. People who drove rusted and dented vehicles twenty years past their manufacturing dates. They found comfort within the local bars, downing booze and playing euchre, passing conversations of one another’s daily misfortunes. They hunted and fished to fill their freezers with meat. Beat their kids when they did wrong.

Tragedy was always among us. Pushing and testing our existence. Someone was always wrecking a vehicle. Or getting cancer. Out of work and looking for another job, barely making ends meet. But regardless of the conflict, we could always afford another beer or a pack of smokes and live to tell about it the next day. 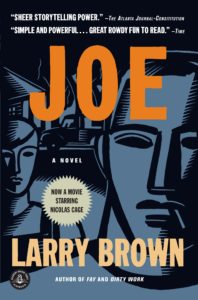 Joe Ransom is a blue-collar foreman who poisons trees for lumber companies. For Joe, before one cigarette burns to the butt, another one is fired and a cold beer is pulled from an iced-down cooler. He’s a father, a husband separated from his wife, making the same mistakes over and over but still surviving one day at a time. For me, Joe recalled a family friend, a union welder who drank like a chain-smoking fish. Drove a corroded Ford, played cards at the local watering holes with my grandmother, and always offered a helping hand when needed, similar to the way Joe offers Gary, a wet-behind-the-ears young man, a taste of compassion, tries to steer him away from the rough edges of a devious father who has broken him down since birth. Their relationship is as tense and heartbreaking as life itself—and ends with grueling consequences. 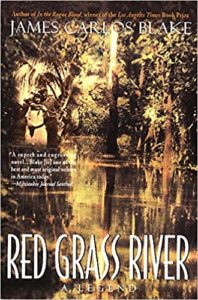 Growing up, I ran with dopers and drunks. I gained my knowledge for storytelling listening to  the hard-bitten souls who swapped stories in taverns or garages over cold beers, warm whiskey and cancer sticks. I never robbed a bank or bootlegged shine in the Florida Everglades like John Ashley and his backwoods clan did. Nor did I even cross a lawman such as Bobby Baker, the man who pursues the Ashley clan. But still their stories feel familiar to me, almost comfortingly so. Between the love affairs, constant boozing, payoffs, bank robberies, and double crosses, John and his band of misfits are committed to a way of life they’ve earned with their blood over the decades. As the landscape gradually shifts into what would eventually settle into Miami, they are forced to fight to hang onto every last thing they’ve ever known. 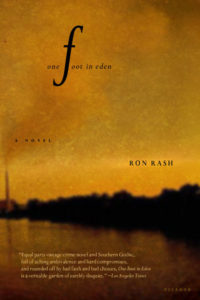 One Foot in Eden by Ron Rash

Fielded from the same land as the tobacco smoked in a Chesterfield and the corn distilled into South Carolina honky-tonk moonshine. The characters in One Foot in Eden trespass through a thorny heritage of farming, small town law-enforcement, the horrors of the Korean War, and the ultimate failures of struggling to produce offspring. The story is told from multiple perspectives, by The Sheriff, The Husband, The Wife, The Son, and The Deputy. It reminds me, in a good way, of hearing stories from my buddy who’s a cop in rural Indiana, and remembering those my grandfather told from when he was a town marshal, stories about knowing and dealing with each and every person in their town, about living the drama of the ups and downs that small town folks encounter, and how each person recounts their side of the story. Ultimately, the novel is two parts gothic tragedy and one part mystery. But in the end it’s all about class and the violent depths a man will sink to pass along his bloodline—even if it’s not his own.

In life—as in these books—when blood is involved, there are no boundaries for the human condition. The choices men and women make are not as cut and dry as right and wrong. Sometimes one person’s actions push another to find a solution through the only means they know: violence. Which is a hard pill to swallow, but with these books, it’s the truest one available. 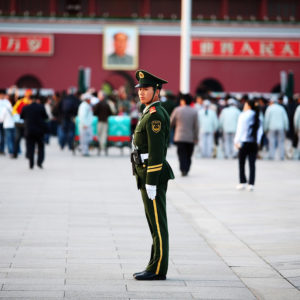 Perhaps crime writing doesn’t sit too easily with the Chinese Communist Party’s current all-embracing slogan of the “Harmonious...
© LitHub
Back to top