This spring is so packed full with new and returning crime series, we decided to lay out a viewing guide to help you keep track of all the dates and streaming services. There’s almost no way you’re going to be able to watch all these shows, so plan carefully.

I honestly don’t know who watched Jean-Xavier de Lestrade’s docu-series about Michael and Kathleen Peterson and thought it needed to be a dramatized miniseries, but somebody must have because they went and made the thing. And they went and cast Toni Collette, Colin Firth, Juliette Binoche (Binoche!) and Rosemarie Dewitt (Dewitt!) in the thing, and damn if they didn’t draw me in. It’s quite a high quality production from some serious filmmakers but I’ll admit a part of me was hoping it was just going to be this incredible cast performing reenactments like it was an old episode of Unsolved Mysteries.

Maybe it’s just the protective father in me or the former lawyer or the ‘not typically a fan of police shows’ viewer, but I was really hoping that Maddie was going to go to work as an associate for Honey “Money” Chandler and take on Los Angeles corruption that way, but you know what, she’s a thoughtful, strong-willed young woman and I support her decisions, I guess, even when that means she’s now working for the LAPD. Madison Lintz stars, of course, with Titus Welliver’s Harry Bosch transitioning to the private investigator, cold-case stage of his career. I’m just going to be grateful there’s more Bosch coming, with a good portion of the old crew intact and some new blood coming in.

It’s been a little over a decade since McConaughey took his turn in the backseat of the town car, which means it’s about time for a reboot, or really any time is a good time for another Michael Connelly-imagined crime show, right? (David E. Kelley and Ted Humphrey are behind this one, so it’s going to have a bit of glitz, too.) Manuel Garcia-Rulfo is taking over the lead as Mickey Haller, the quick-thinking, fast-talking legal operator who runs his practice from the road. Neve Campbell co-stars. So does the city of Los Angeles.

Ok, so at first glance this adaptation of the 1962 Len Deighton novel looks a bit like some local drama kids playing dress-up with a travel budget, but let’s give it a chance, if for no other reason than to encourage the powers that be in British / American productions to cast Tom Hollander in absolutely every espionage series possible. He stole quite a few scenes in The Night Manager and is poised to do more of the same here.

Now and Then
Apple TV – Premieres May 20th

I’m gonna be candid right now: I feel like I’ve been waiting my whole life for a bilingual Miami crime show starring Rosie Perez. There’s a lot more to this thriller—an interesting cast, some good talent on the creating team, and a ‘we know what we did that summer’ concept that swings through the decades and draws a lot of old friends together to reckon with past sins—but Rosie Perez is the reason to watch, as she always has been.

We Own This City (HBO) – Baltimore corruption, from David Simon, George Pelecanos, and Reinaldo Marcus Green.

Under the Banner of Heaven (Hulu) – The Jon Krakauer adaptation with Andrew Garfield.

The Wilds Season 2 (Amazon Prime – May 7th) – The stranded-young-women show before Yellowjackets. 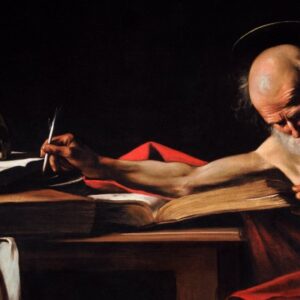 Deconstructing the craft of literary fiction in order to create our own is the standard approach to “learning” to write...
© LitHub
Back to top