The Best Espionage Novels of 2021

The CrimeReads editors round up the year’s best espionage fiction. 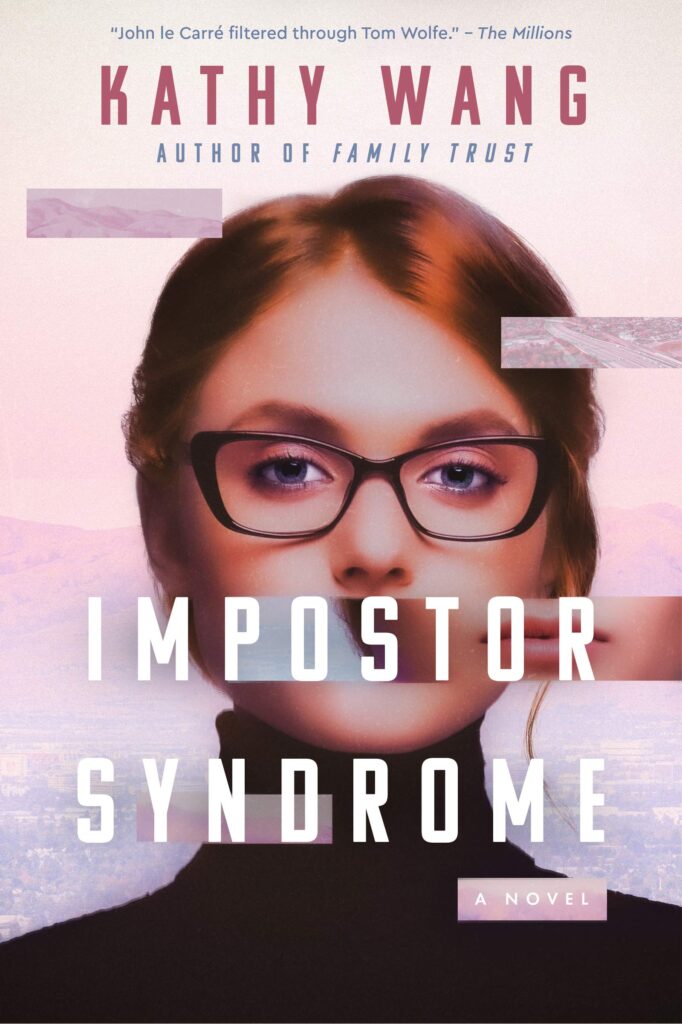 This is the Silicon Valley spy novel we’ve all been waiting for, with a side order of biting satire and furious feminism. In 2006, Julia Lerner is an orphaned Muscovite with a computer science degree. 12 years later, she’s one of the most powerful women in Silicon Valley, sending sensitive information to her Russian handlers when she’s not busy crushing the competition to her social media company employer or being the keynote speaker on work/life balance at yet another conference. Things start to heat up when an underling stumbles on a suspicious use of data, and the two begin an epic game of cat-and-mouse with gasp-worthy consequences. –Molly Odintz, CrimeReads Senior Editor 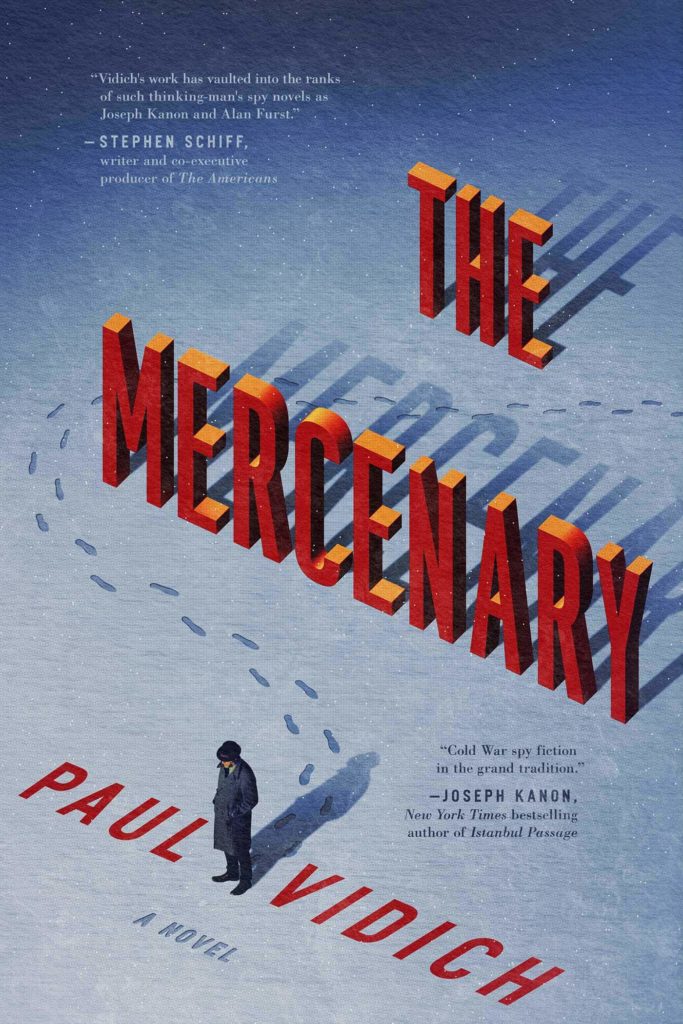 Paul Vidich, among the very finest espionage novelists of the contemporary era, brings forward a stunner this year, with a deeply researched and deeply felt character study. The Mercenary ushers us into the intricate, erratic years of the Soviet Union’s final decline, when both sides viewed the other with heightened suspicion and every interaction seemed to be a ploy. A senior KGB officer approaches the CIA with an eye toward defection, but he needs exfiltration from Moscow, a feat the CIA has never been able to pull off. And the request is for another former defector, now working with the CIA, to lead the team. In short, nobody can be trusted, everyone is suspected of double-crossing and subterfuge, and in the midst of it all they’re expected to pull off one of the most daring operations in the agency’s history. Vidich brings a keen observational eye to every character who moves through the pages of this vivid, compelling novel. –Dwyer Murphy, CrimeReads Editor-in-Chief 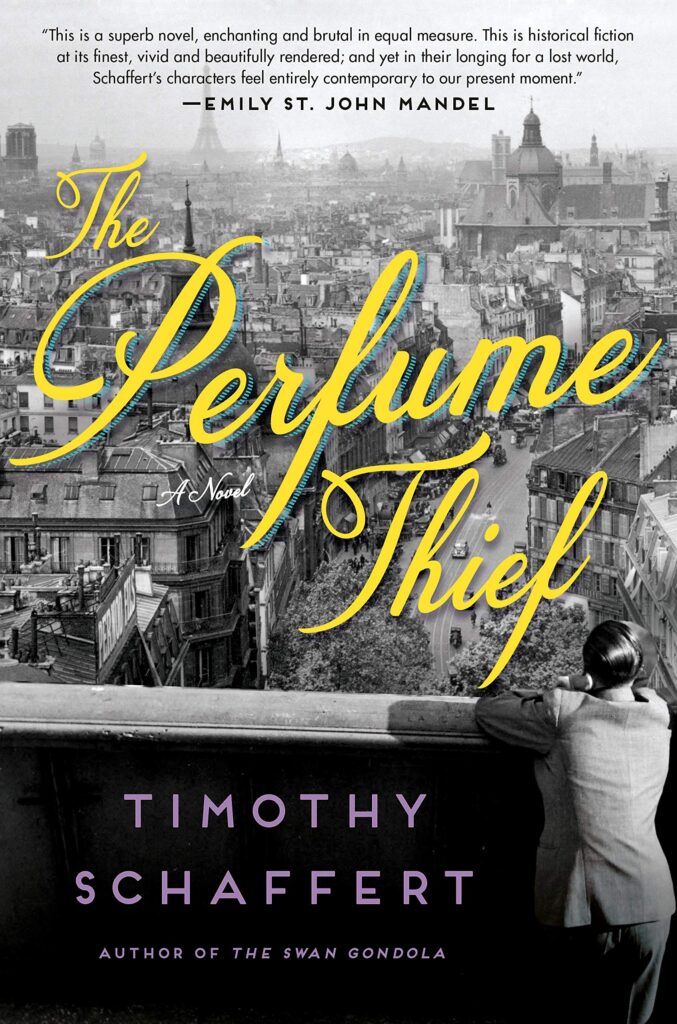 This is the queer spy novel about WWII Paris that I never knew I needed and now could not possibly consider living without. Clementine, or Clem, a septuagenarian perfume artist dressed impeccably in men’s clothes, is sent on a mission by her songbird client to retrieve a book of perfume recipes key to reuniting the chanteuse with her parfumier father, in hiding from the Nazis. Elegant and elegiac, a paean to the Old Paris, or perhaps a Paris That Never Was, The Perfume Thief is perfectly pitched by the publisher as “A Gentleman in Moscow meets Moulin Rouge.” –MO 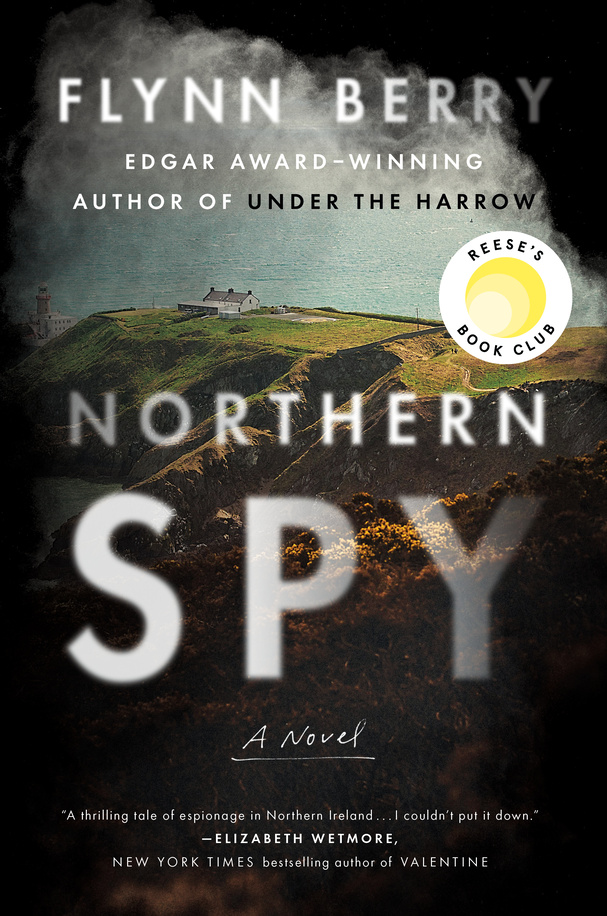 Flynn Berry’s Northern Spy is at once an intimate family portrait and a complex tableau of divided allegiances and ambitions in contemporary Northern Ireland. A young mother working in Belfast for the BBC sees news footage of a robbery performed by an underground offshoot of the IRA and recognizes in the grainy footage her own sister, supposedly on holiday on the coast. What begins as an uncanny, uncertain recognition quickly spirals into a life altering conundrum. Berry deftly handles the situation’s competing loyalties and brings out an intense humanity in all her characters as they try to navigate an unimaginably difficult reckoning. –DM 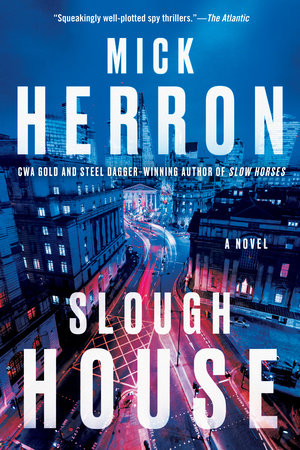 Mick Herron’s spy series somehow manages to keep pace with the wild (and wildly cynical) era of modern Britain. This time there’s a new, darker edge to the writing, and the spies’ fates are more precarious than ever. They’ve always been out to pasture in Slough House, but with the coming of Brexit, the rise of populism, and the installment of a new, craven regime, washed out spies are for sale to the highest bidder, and it would seem that somebody has bid for the right to off them one-by-one. There’s simply nothing else like the Jackson Lamb novels in the contemporary fiction scene, and certainly nothing in the annals of espionage literature. Slough House is an exemplary addition to the series and one of the more unusual, rewarding spy stories to come out in some time. –DM 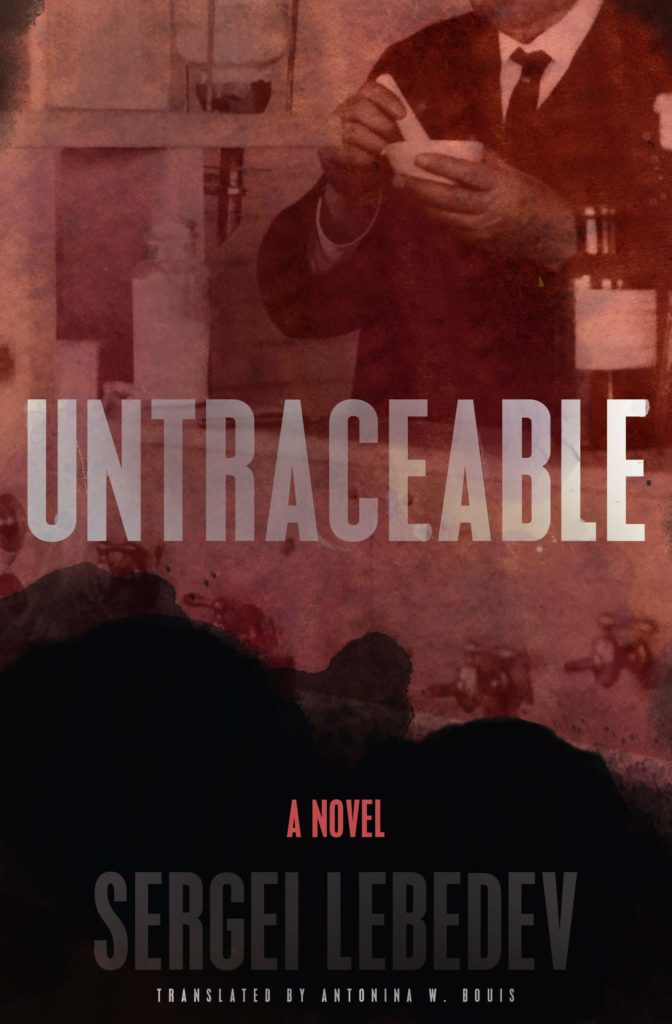 For those of who have a tendency to romanticize the Soviet experience, Sergei Lebedev’s Untraceable is a great reminder that, now and in the past, strongmen, not revolutionary ideals, drove the use of secret weapons against dissenters. Lebedev is one of the leading voices in Russian literature, and Untraceable is both an impeccably plotted spy story and a stirring take on rising authoritarianism in the former Soviet Union and in the world at large.  –MO 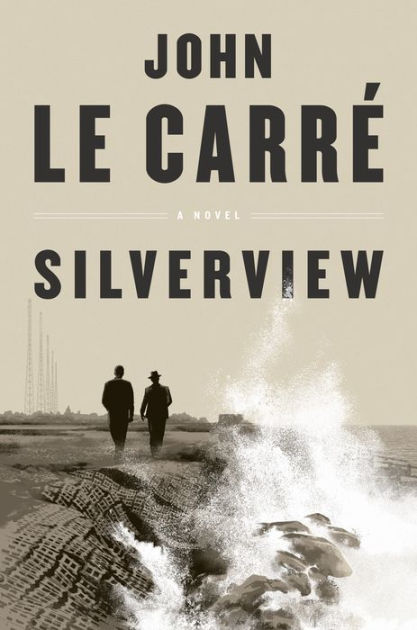 In le Carré’s last completed novel, a Londoner leaves the city behind to run a bookshop in a small coastal town, but soon encounters a mysterious presence there, a Polish émigré living in the town’s grand house, Silverview, who seems determined to insinuate himself into the other man’s interests. The mysterious encounter makes for a fascinating and befuddling clash, soon complicated further when the interactions bring attention from a senior intelligence officer. The result is a heady, entrancing story that suggests the world of intelligence and spygames is carrying on around us all the time, even in our small town bookshops. Silverview is a worthy coda to the most accomplished and ambitious career in espionage fiction. –DM 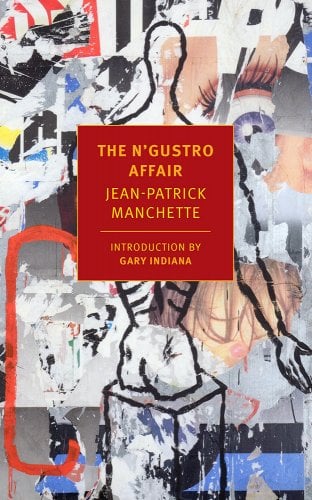 The Manchette revival continues this year with American readers finally getting to dive into his debut thriller, the midnight-dark tale of Henri Butron, marked for death by the French secret services thanks to his role in some extrajudicial apprehension and torture of an opposition leader in an African nation in which France is endlessly meddling. Just about everyone involved in the story is corrupted by it, as Manchette weaves a compelling, complex web of intrigue in the mid-60s French political scene. (Donald Nicholson-Smith delivers the admirable translation and has been working for years to bring Manchette’s work to more English readers.) The n’Gustro Affair is a must-read book for anyone interested in the history of espionage and political fiction. –DM 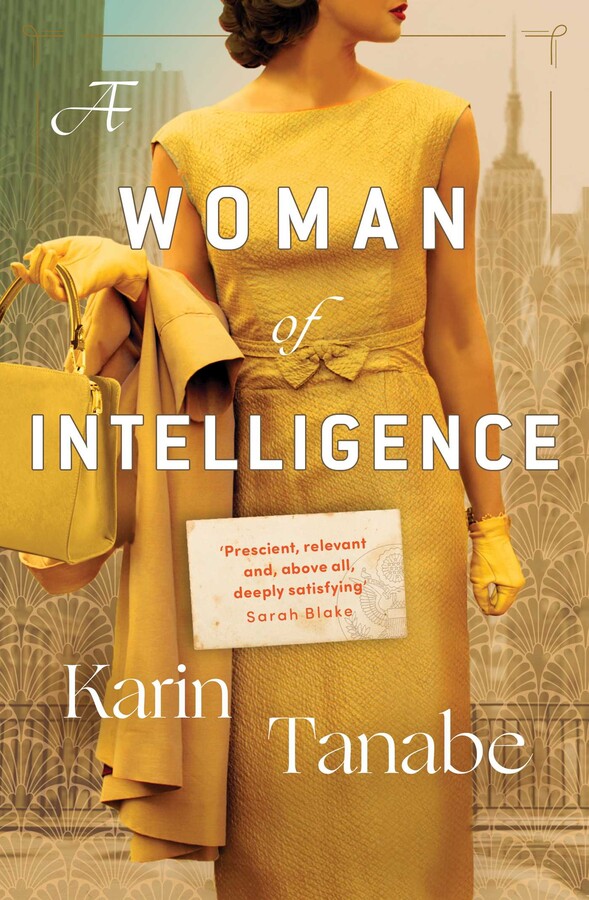 This book works on so many levels! In the 1950s, a former UN translator is married with young children to controlling husband who refuses to understand her need for independence. When the secret service comes calling with an important mission, the young mother accepts, and it doesn’t take long for her new work to give her a new sense of self-worth not attached to the raising of children. In an article for CrimeReads, Karin Tanabe wrote about how post-partum anger was the spark behind this novel, and when the pandemic hit, “it no longer felt like I was just writing about the 1950s and the domestic cage—it felt like I was living it.” Domestic suspense is often like a spy novel—vast undercurrents and power differentials underpinning a superficially close but in fact exploitative relationship—and nowhere is that point made more clear than in this novel. –MO 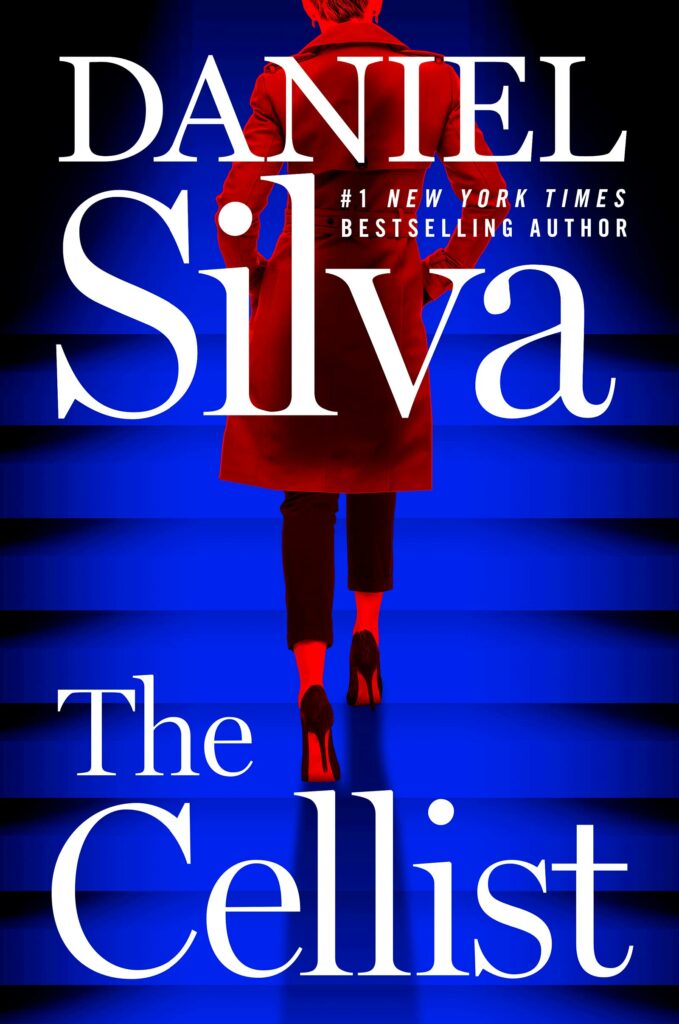 Few reading experiences bring me more joy than opening up the new Gabriel Allon novel every summer. This year, Silva takes us to a tony neighborhood in London, where Victor Orlov, Russian oligarch in exile, Kremlin dissident, receives a mysterious file from an investigative reporter, including documents which apparently carry the dose of poison that will kill him. The authorities are ready to call the reporter a Moscow agent, but Allon isn’t buying the story and sets off on the usual capital-hopping European adventure in search of the truth. Expect a sophisticated thriller with a few ripped-from-the-headlines plot twists and plenty of revelations into the modern-day world of intelligence maneuverings. –DM

The Technicolor Noir of 'West Side Story' 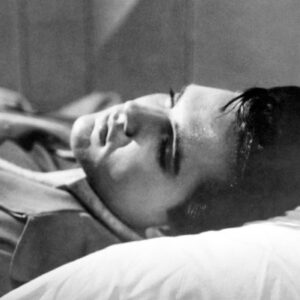 In December 1957, Elvis was preparing to ship out for military service early the next year, and he wanted to go out with...
© LitHub
Back to top