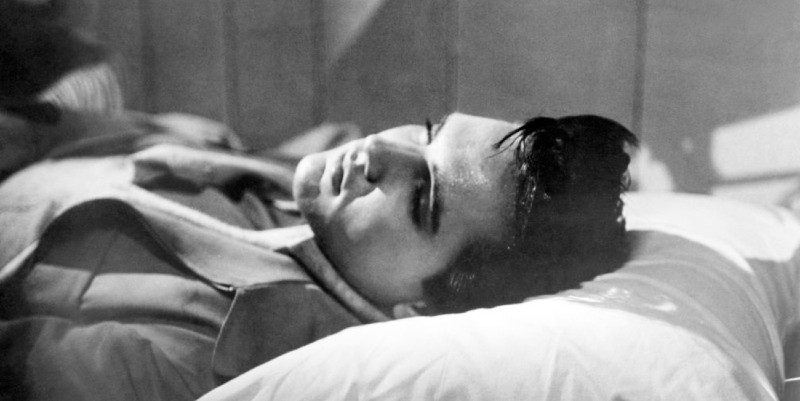 It was Christmas Eve and the King had been drafted. He decided to blow some stuff up.

In December 1957, Elvis was preparing to ship out for military service early the next year, and he wanted to go out with a bang. Quite literally.

On Christmas Eve, Elvis and his cousins piled into a limousine and crossed the state line into Mississippi, where fireworks were legally sold (fireworks were outlawed in Tennessee). The group hit four different fireworks shops, spending a total of $1,800—upward of $16,000 in 2021 dollars.

One clerk, after seeing the King’s collection of rockets, buzz bombs and Roman candles, asked, “What’re you going to do? Start World War II all over again?”

“I’m thinking about it,” Elvis said.

Back at Graceland, the press came calling.

“Elvis was in such a good mood he let reporters from the local newspaper come up to take pictures of him with his draft notice under the Christmas tree,” his cousin Billy Smith recounted in Elaine Dundy’s book Elvis and Gladys.

Once the reporters were gone, the fireworks came out. Elvis concocted a game he dubbed War. The rules were simple: Two teams met up in the prairie behind Graceland to shoot fireworks at one another. The victors, it’s assumed, had the fewest burn marks. The players grew savvier over the course of the annual firefight, covering any exposed skin with heavy-duty “flight suits, racing helmets, goggles and rags across our faces,” remembered Elvis’ stepbrother, David Stanley.

“Elvis loved fireworks,” Stanley said. “Elvis would get a 12-pack of Roman candles and touch the whole thing off at once. He would become absolutely maniacal, running around…shooting fireworks at anyone in sight.”

And when you got hit, you knew it.

“When one of the fireballs or rockets hit you, it gave you a pretty good lift and would sting like crazy,” Smith remembered. “…but we were having so much fun that no one seemed to mind.”

The festivities, which could run as late as 4 a.m., were not without mishap. One year, one of Elvis’ employees, Richard Davis, was hit by a buzz bomb that exploded in his face—melting his goggles around his eyes (he was ultimately OK). A couple of times, Graceland itself caught on fire and several cars were damaged when a stray fireball set off a box of fireworks in the car port.

“In the middle of all this, Elvis was rolling on the ground, laughing hysterically,” Stanley said.

In 1957, Elvis’ inebriated cousin Junior Smith was freshening up his cache of fireworks, only to drop his lighter into the munitions pile.

The hill “lit up like a Christmas tree,” Smith said. “Boy! What a sight.”

A stray rocket found its way into the henhouse. With feathers and sparks flying, Elvis said, “Mama is going to have a bunch of bald chickens.”

In the small hours of the morning, the scorched group retired to Graceland.

“We sat downstairs in the basement den drinking sodas and reliving the game we had just finished,” Smith remembered. “Elvis liked the game so much that it became an annual affair at Graceland.”

From the book Christmas with Elvis: The Official Guide to the Holidays from the King of Rock ‘n’ Roll by Robert K. Elder. Reprinted by permission of Running Press, part of the Perseus division of Hachette Book Group. Copyright © 2021 by Robert K. Elder. 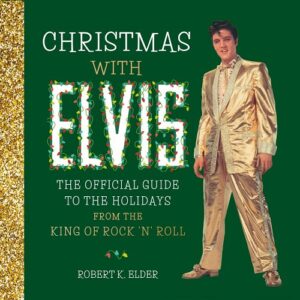 Robert K. Elder is the author of 14 books, including Read Your Partner Like a Book, The Mixtape of My Life, and Hidden Hemingway. His work has appeared in the New York Times, the Los Angeles Times, The Boston Globe, the Paris Review, and many other publications. He is the chief digital officer for the Bulletin of the Atomic Scientists and the founder of Odd Hours Media. Robert lives and writes in Chicagoland.

The Best Espionage Novels of 2021 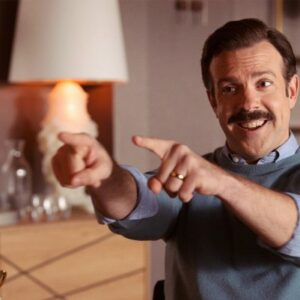 Like pretty much everyone in the United States, I’ve watched two things since the pandemic began in March 2020: Tiger King...
© LitHub
Back to top