The Best Live Episodes of Your Favorite True Crime Podcasts

These charismatic hosts know how to pull off the trickiest feat in showbiz: the live radio show.

More and more, the live episode is becoming an almost obligatory touchstone for the true crime podcast, whether established or emerging. For some hosts, being in front of an audience makes for refreshing listening; for others, the polish of a recording booth plays more to their strengths. As a result, some live episodes are much more successful than others—but if you’ve been burned by live episodes before, I strongly encourage you to give them another shot. Because unless you’re a podcast enthusiast with endless free time and disposable income (and I have yet to meet one), you probably can’t go to every podcast festival ever. But you can go with the next best thing, by sitting back and listening to some of the best live episodes in the world of crime podcasts. 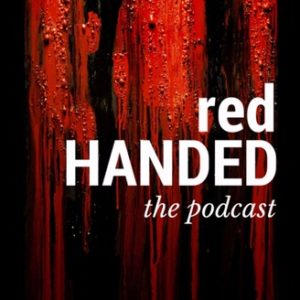 This live episode from RedHanded constitutes Part 2 of their 2019 Halloween Special, but don’t let that keep you from listening at any time of year. Though hosts Suruthi and Hannah don’t hide the fact that they’re new to live shows, they quickly become comfortable with the crowd, building up a rapport as they dive into the stories of a man with a dangerous tree obsession, and a ship filled with unexplained corpses. As Hannah deadpans on the plausibility of ghost pirates and Suruthi employs a new system for cheering up the audience, they expertly navigate the true crime podcasting minefield—both hosts are funny without being insensitive, spontaneous without being self-indulgent, and focused without sounding like they’re reading a book report. This combination is why RedHanded continues to be one of the all-around best crime podcasts out there, whose star has been rising and whose fan base has been expanding over the past few months in particular. If by some chance you haven’t already listened, this spirited episode is a great place to start. 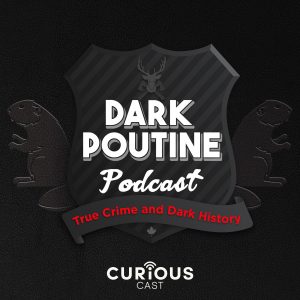 Dark Poutine’s first live show, recently recorded at Vancouver Podcast Festival 2019, is a treat for both new and returning listeners. In their previous 99 episodes, hosts Mike Browne and Scott Hemenway have made a name for themselves as particularly empathetic and affable hosts, who examine true crime in Canada with sensitivity and tact. To name just one example, in a world where many podcasters have covered the much-scrutinized case of Elisa Lam in a dehumanizing way, Dark Poutine’s Elisa Lam episode (which both hosts name as their favorite episode) focuses on Elisa as a person—because, as Mike and Scott put it, “it’s about her and mental illness, not about ghosts or Russians after her.” The first section of their live show is an entertaining retrospective of some highlights in the podcast so far, before Mike and Scott discuss the unsolved disappearance of Madison “Maddy” Scott, who vanished after leaving a birthday party in 2011. 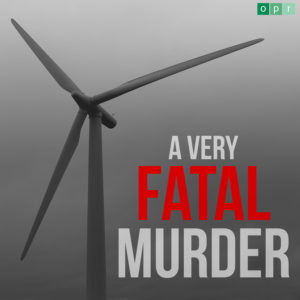 Fans of A Very Fatal Murder, the pitch-perfect spoof of true crime podcasts released by The Onion last year, got a precious gift when the show returned for Season 2 this year. Onion Public Radio journalist David Pascall (played by comedian David Sidorov) has relocated to Los Angeles, to take up an entirely new case from Season 1: the murder of Lyanna Choi-Reed, brilliant scientist and philanthropist, whom many believe to have been killed by her billionaire husband. The Onion’s humor is as brutally sharp as ever (it’ll be hard to forget their fake ad for Gore Club, the monthly subscription service that delivers a victim’s body part from a real, unsolved murder case that’s now your responsibility), as Pascall alternates cold and calculating programming decisions with disastrous naïveté—and it all culminates in their 9th episode, in which Bill Curtis introduces Pascall as “the only podcaster wanted for assaulting the nation with hard-hitting podcast journalism,” and the trial verdict is read out before a live audience. 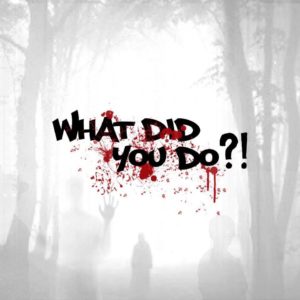 What Did You Do?!

The live episode recorded by What Did You Do?! at CrimeCon 2019 is an excellent demonstration of why this podcast is special. Hosts Charneil and Dee, who’ve both worked as social workers and are now both in school for mental health counseling, are naturals with the audience as they dive into the disturbing case of Marlen Orchoa Lopez, who was murdered this past spring at age 19. Maintaining a natural conversational style as they alternate narration duties, Charneil and Dee not only run through the case, but stop to discuss the mental health issues at play. As Charneil shares his family’s experience of complicated grief disorder, and the many forms that grief can take, he stresses that “trauma changes the way you think; it changes the way you justify things. It changes the things you normalize.” Their examination of the Lopez case is followed by a thoughtful Q&A that touches not only the story they’ve just discussed, but on larger issues of social services, mental health, and how best to help young people who are struggling. 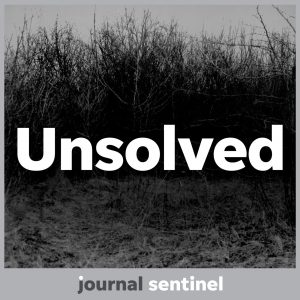 Season 3 of this podcast from the Milwaukee Journal Sentinel tells the story of Father Kunz, a priest who was found dead in a Catholic school in 1998. Over the course of 10 episodes, journalist Gina Barton examines a case that becomes more complicated rather than less, with a growing snowball of unanswered questions—concerning Father Kunz’s controversial radio shows, illicit affairs with parishioners, attempts at exorcisms, and even a psychic. (As a side note, to anyone who might be put off by an early audio clip of a sheriff wondering why anyone could have such a serious problem with a Catholic priest, rest assured that the podcast will delve into many reasons why someone could have an issue with a Catholic priest—including allegations of sexual abuse, which Father Kunz was investigating when he was murdered.) Unsolved’s live bonus episode is a fitting coda to the series, in which Barton, a retired detective, and a friend of Father Kunz’s answer a wide array of listener questions. 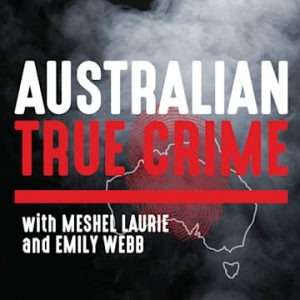 Ever since it launched in 2017, Australian True Crime has had a devoted fan base who appreciate not only the personalities and chemistry of hosts Meshel and  Emily, but the sensitive way that they treat victims of crime, and the consistency with which they give space for others to tell their story. The podcast’s live episode, an interview of renowned Australian crime journalist Andrew Rule, is no exception. Rule, who’s angered many dangerous people with his investigative work over the years, shares the story of the investigation that continues to disturb him the most: the Tanner case, which began with the 1984 death of Jennifer Tanner, a young mother in a small Australian village. A ruling of suicide in spite of persuasive evidence to the contrary is just the first of many complications in this twisty case, and Rule—who also hosts his own podcast—is an excellent storyteller. The episode then moves onto an interview with Rule, covering his interest in crime and some of his other experiences as a crime journalist—which, like the rest of the episode, makes for fascinating listening. 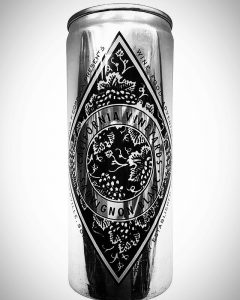 Wine and Crime is the perfect podcast for listeners who like recordings of freewheeling, spontaneous discussions between friends. Hosts Amanda, Lucy, and Kenyon are an effervescent trio, whose sense of humor is pivotal to the podcast, without ever being directed at the victims (as Amanda remarks when she’s accused of using this podcast as therapy, “I can’t type fast enough for Talkspace so I’ve got to get it out right here”).  Each episode, the hosts discuss a wine pairing for that week’s topic, before trying the wine and evaluating it in a deliberately down-to-earth way (less along the lines of “I sense a subtle floral bouquet” and more along the lines of “it tastes okay if you don’t smell it”). The discussions in this live episode are unapologetically raunchy, as Amanda, Lucy, and Kenyon go through a long list of Puritan crimes (or in other words, things that Puritans considered to be crimes, which includes Christmas, but does not include ridiculously long first names). By choosing to focus more on Puritan culture than on the type of crimes we typically link with true crime, Wine and Crime achieves a particularly fun and entertaining episode here.

The Evolution of the Femme Fatale in Film Noir 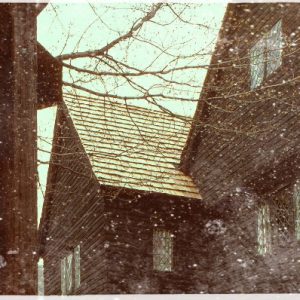 When I was thirteen years old, I read “Rosemary’s Baby” and became interested in witchcraft. Before Goth was even a thing,...
© LitHub
Back to top