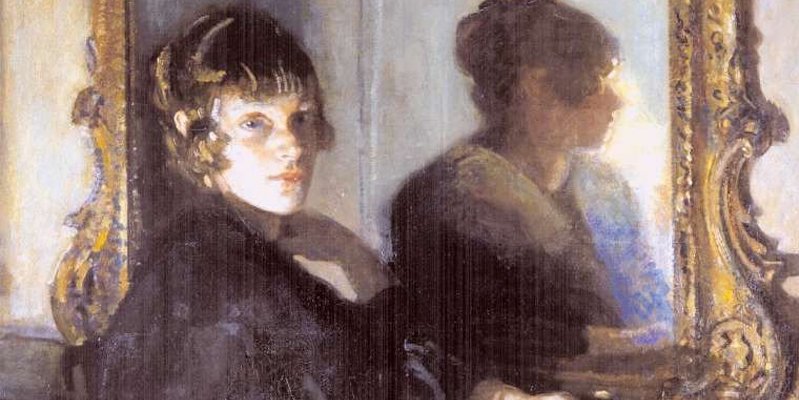 "How does anyone read Wilkie’s best stuff and not immediately go seek out the rest?"

Most mystery lovers know of Wilkie Collins, beloved for his classics “The Woman in White” and “The Moonstone,” old-fashioned tales meant to be savored page-by-page by the fire late at night. Beyond that, however, one might accuse readers of what amounts to criminal neglect.

The evidence? While the two classics noted above have hundreds of thousands of ratings and thousands of reader reviews at goodreads.com, and their titles can be dropped into conversations among book readers with confidence that others will have read them, or at least plan to, the same cannot be said for his many other works. “No Name” and “Armadale,” both excellent novels written during the same creative years that produced the aforementioned classics, do not have as many reviews and ratings combined to come anywhere near “The Moonstone,” and that one is a distant runner-up to “The Woman in White.”

This is a woeful state of affairs, people. How does anyone read Wilkie’s best stuff and not immediately go seek out the rest?  Admittedly, these other works do not live up Collins at his best, but they most certainly are worth your time.

My introduction to Collins came through a compendium of essays for mystery lovers called “Murder Ink,” edited by Dilys Winn. The volume contained a short list of “Books to be Read Aloud,” and one of the entries was “Anything by Wilkie Collins.”

Winn advised: “These are old-fashioned stories with hammy, improbable plots that somehow sound wonderful if you pretend you are Lunt and Fontanne and emote for all you’re worth.”

This endorsement, not surprisingly, made me seek out the man’s books. The two most popular ones were rather easy to track down. The others … not so much. Over the years, my wife and I have managed to acquire quite a few, and the digital age for all its accompanying curses has made finding those lesser-known works easier than ever.

Let’s look at a few samples from various periods in Collins’ life: 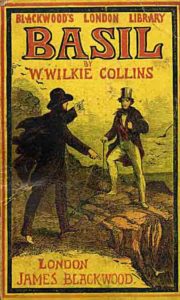 This is an early work, published in 1852, and while it is clear that Collins already had a keen grasp on how to keep pages turning, it is equally clear he was still working his way up to his best works.

The titular character is a young man from a family of means, who sees a beautiful young woman while out and about and instantly falls quite madly in love. He proceeds to follow her—or rather, stalk her—and quickly learns her father is a mere linen-draper and, thus, the instant love of his life is far beneath him in station. Undaunted, Basil (who in my mind was portrayed by a young John Malkovitch, because I often cast Wilkie Collins novels in my head) proceeds to make a deal with her father to arrange a secret marriage.

Thus commences a soap opera of lies, betrayals, shocks, horrors, attempted murder and sudden death. I could never quite root for Basil, because the poor wretch created most of his own problems, but it is a rather delicious mess and I rather enjoyed watching our poor hero’s life become something of a train wreck. And while the coincidences eventually become too implausible even for Edgar Rice Burroughs in one of his Mars books, the prose and the pace and the “what next” factor kept me going.

That ability to make a reader look ahead to the next chapter, I’m convinced, is a quality Collins and other writers learned while writing work to be serialized in magazines. Every chapter raises questions or foreshadows difficulties, and you’ve got to plunge ahead to find out what’s up. 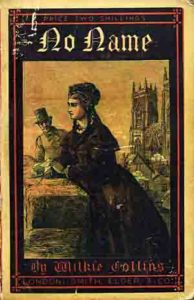 This one is magnificent, written in the 1860’s along with his best novels. Two sisters of quite different temperament see their genteel country life vanish thanks to the vagaries of British inheritance laws. The novel tells us how the Vanstone sisters cope with the loss of their fortune.

The novel, thankfully, follows the more impetuous of the two sisters, the one who is hell-bent on recovering that fortune. Magdalen’s plots and schemes, abetted by a colorful con man named Horatio Wragge, drive the plot. Her path to regaining the family property and money, however, is blocked by a rather cunning adversary in the person of Mrs. Lecount, housekeeper to the target of Magdalen’s schemes. The mental chess game between Magdalen and Lecount is amusing, and keeps the reader guessing.

Magdalen is an interesting protagonist. She teeters between bravery and boldness that make you cheer her on and despondency that makes you either feel sorry for her or wish she would just grow up. The novel does wrap up too neatly, but it is a splendid, old-fashioned read nonetheless. 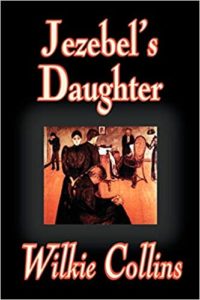 This is the story of a woman with a bad reputation and a substantial debt, who hopes to see her daughter make a solid marriage. The book is not a whodunit; you will figure out the crimes quickly enough and have your suspicions confirmed right away. You likely will, however, keep turning pages to find out who might be the next victim or whether justice can prevail.

Published late in Collins’ career when he was in declining health, it is not on a par with his best. The plot depends upon some heavy coincidences. You occasionally will marvel at how the characters in this novel fail to put together simple clues.

Despite all that, as I read Collins’ rather smooth prose I imagined a stellar cast of actors moving through the book: Anjelica Huston, Hugh Laurie, Michael Caine, Cary Elwes, Keira Knightley,  Wynona Ryder, John Cleese, Cate Blanchett. The novel became very much an old-fashioned black-and-white movie inside my skull, with an orchestral score and the ominous trilling of violins at all the right moments. 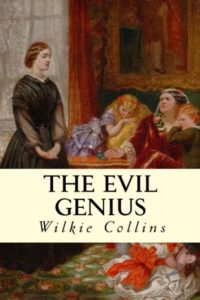 This Victorian soap opera appeared in 1886 and focuses on themes of divorce and child custody. The key figure is Sydney Westerfield, born to a seaman implicated in the theft of stolen diamond jewelry and a woman who simply does not care for Sydney at all. Sydney is relegated to a school for orphans run by an aunt, grows to eventually work there and worms her way into a job as a child’s governess for the wealthy Linley family. Alas, Sydney is quite fetching and Mister Linley falls in love with her, despite being married to a fine woman who is in many ways the moral center of the story. What follows is temptation, divorce, deception, old secrets revealed and, of course, coincidences. Aside from the theft and trial at the start of the tale there is no real crime here, but … it’s a great deal of fun. The meddling mother-in-law is a gem of a character, and a fine example of Wilkie’s particular evil genius.

I hope I have enticed you to explore Wilkie Collins’ work. You can find a lot of his novels, plays and short stories available for free via Project Gutenberg (gutenberg.org).

If you do read beyond “The Moonstone,” look me up on Twitter (@steve_goble) or Facebook (Steve Goble, Author). Let’s talk about these books! 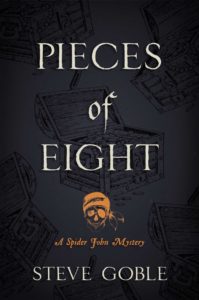 Steve Goble toiled as a journalist for many years, and now works for a cyber security and digital investigations company. His mystery novels published by Seventh Street Books, The Bloody Black Flag and The Devil’s Wind, feature Spider John Rush, a reluctant pirate on a crime-plagued odyssey to return home. 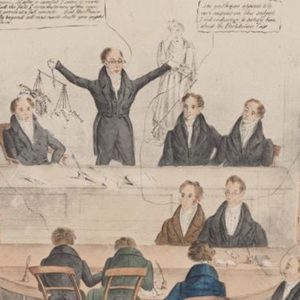 As a historian of American crime, I spend an unhealthy amount of time poring over old newspapers—in archives, on microfilm,...
© LitHub
Back to top