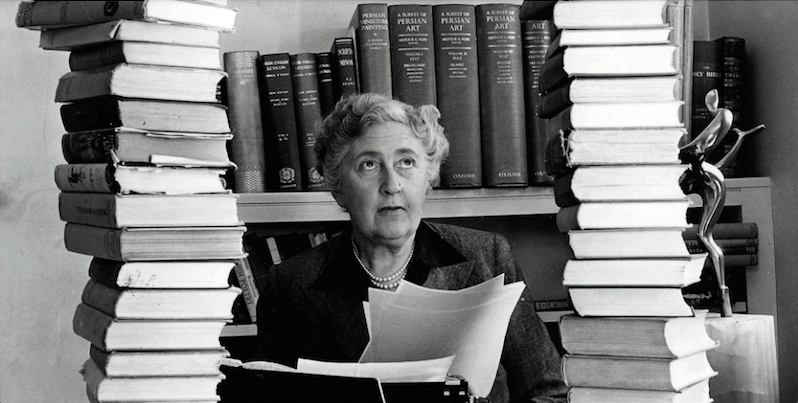 Autobiographies, secret notebooks, archaeological records – the Christie nonfiction is as entertaining as the mysteries.

When I set out to write my first Christie Bookshop Mystery, I did what fiction writers do. I made stuff up. A cozy setting, loosely based on my favorite Colorado ski towns. A family bookshop in a historic chalet, complete with a friendly cat, a maze of shelves, and fireside reading. Two bookseller sisters named Christie, sadly no relation to their favorite author.

Then, murder strikes. The Christie sisters leap into action. They summon their inner Miss Marples and call on all they’ve learned from reading Agatha Christie.

I realized I’d have to act too. My protagonists knew way more than I did about Agatha Christie. Sure, I thought I knew her, but I was no expert, no Agathologist. I couldn’t make things up. This problem called for reading. I dove into Christie’s mysteries as well as books about her.

What delightful research it’s been! Now, when asked to name my favorite Christie character, I still debate between Miss Marple and Poirot, but there’s also a third contender: Agatha Christie herself.

Christie-related nonfiction could fill whole libraries. Thus, I approach this reading list with some trepidation. I have surely missed something (a lot of somethings) important.

My protagonists would sell the list with more confidence. The holidays are approaching. Give a gift of Christie to the crime writers and mystery readers in your life. Treat yourself. Cozy up by the fire and read all about the extraordinary life, work, and characters of Agatha Christie. 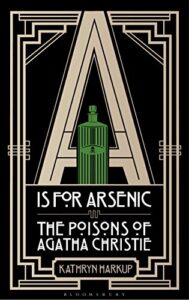 A is for Arsenic: The Poisons of Agatha Christie, Kathryn Harkup
(Bloomsbury Sigma; First Edition, September 8, 2015)

Agatha Christie knew her poisons. She worked as a chemist in both world wars and used poison more than any other means of fictional murder. Kathryn Harkup is both a chemist and a self-described Christie fanatic. That combination makes for detailed and fascinating examinations of both poisons and the Queen of Mystery. Each of the fourteen chapters focuses on a poison and an accompanying Christie novel. For the chemically inclined, Harkup presents formulas and effects. For those who thrill in Christie, true crime, and history, Harkup describes real-life crimes that inspired Christie’s books, as well as tasty tidbits such as Agatha Christie writing to a specialist to inquire about lacing birthday-cake icing with thalidomide. Mystery writers, the poisoned frosting is up for grabs. Christie never used it. A handy index lists all Christie’s methods of murder, “only” eight by arsenic. 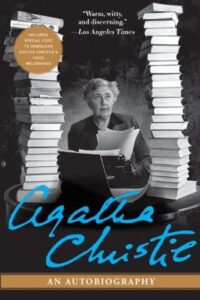 The edition at my side opens on April 2, 1950, in Nimrud, Iraq. Agatha Christie is writing her Foreword. “I ought to be writing a detective story,” she admits, but like any writer with an “ought,” she yearns to write something else. “I long, quite unexpectedly, to write my autobiography.” She finished the work some fifteen years later, at the age of 75, ending with an Epilogue and a lovely line: “I have been on a journey.” In between these pages are the stories Agatha Christie chose to include about herself. Her happy childhood. Flirting, courting, marriage, depression, divorce, and happiness again. Her first flight. Travel, archeology, wartime margarine, morning sickness, chemists, and, through it all, writing and mysteries.

Perhaps you’re thinking you have little interest in a long-ago archeological dig. Oh, but this book is so much more! It’s Agatha Christie, witty, funny, and observant. If nothing else, read the shopping chapter. The Queen of Mystery goes shopping for off-season warm-weather clothes in a chilly English department store. Agatha and her second husband, archeologist Max Mallowan, are headed to Syria for a dig, and “alas, alas,” her wardrobe from last summer is too tight everywhere. Saleswomen offer indignities: the Cruising Department, eighteen varieties of shorts, and a fashion trend Agatha loathes, the “remorseless” zipper. Her husband overpacks books, and they rush off with tasks left undone including correspondence to a clergyman who has discovered “forty-three grammatical errors in my last book.” Writers and readers can relate. The stories are warm, funny, and clearly, as Christie calls them, a “labor of love.” 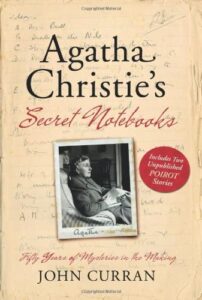 I could suggest an alternative subtitle: John Curran lives out every mystery-lover’s dream. Seventy-three of Christie’s private notebooks come to light, and archivist and Christie-expert Curran is the first to investigate them. Curran writes of the thrill of holding the notebooks and discovering their contents. These include endings that never happened, deleted extracts, scribbled plots, lists, and musings on who and how to kill. Best of all, there are illustrations and two never-before-published Poirot short stories. For more, add Agatha Christie: Murder in the Making: More Stories and Secrets from Her Notebooks, John Curran (William Morrow Paperbacks; Reprint edition, September 11, 2012). 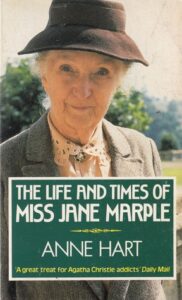 The Life and Times of Miss Jane Marple, Anne Hart
(HarperCollins, May 2, 2019)

So, you think you know Miss Marple? Most of us probably have images of her from films or books: fluttery, white-haired, born elderly. Gardener, knitter, gossip, super-sleuth, aunt, and nemesis. If you adore Jane Marple and want to visit her world and study her sleuthing ways, Anne Hart presents this authorized “biography.” The details are delightful. Hart provides a map of St. Mary Mead and deciphers the layout of Miss Marple’s home. Learn about Jane Marple’s family, her early life, and her cases, plus quotes from the great amateur sleuth. Pair with Hart’s The Life and Times of Hercule Poirot. 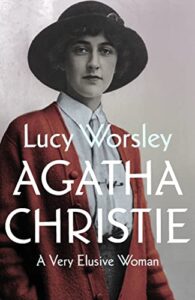 Perhaps the greatest Christie mystery is Agatha herself. Christie presented a public persona of a retiring, ordinary woman who happened to pen some books. She wrote of her shyness and social anxieties. But then there was the Agatha who traveled the world, surfed in South Africa, and married a younger man. And the Agatha who famously disappeared and never could—or would—explain what happened. Of course, there was also the Agatha who became the world’s best-selling novelist. Cultural and literary historian Lucy Worsley examines the remarkable achievements of Agatha Christie, a pioneering and groundbreaking woman. She also proposes a solution for Christie’s mysterious disappearance. 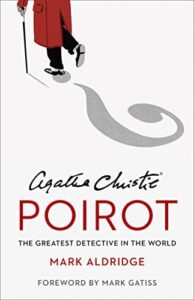 “His head was exactly the shape of an egg,” wrote Agatha Christie, introducing her Belgian detective. Poirot and his little gray cells have been beloved ever since—except, it seems, by Christie, who at times regretted his habits and popularity. For those of us who can’t get enough Poirot, Christie-expert Mark Aldridge details the great detective’s cases from his first appearance in The Mysterious Affair at Styles to newly discovered stories and modern reincarnations. Aldridge includes original research, illustrations, and correspondence by Christie in a spoiler-free celebration of all things Poirot.

Agatha Christie fans, which Christie books—fiction or nonfiction—do you recommend? The more I read, the longer my to-be-read lists grows, a happy problem to have. 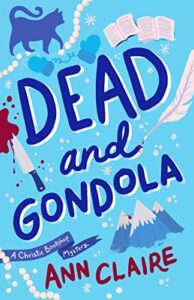 Ann Claire earned degrees in geography, which took her across the world. Now Ann lives with her geographer husband in Colorado, where the mountains beckon from their kitchen windows. When she’s not writing, you can find her hiking, gardening, herding housecats, and enjoying a good mystery, especially one by Agatha Christie. Her new novel, Dead and Gondola, is available from Penguin Random House on November 1, 2022. Visit Ann on Instagram at annclaireauthor, Facebook at AnnClaireMysteries, or her website https://novelmystery.wixsite.com/books. 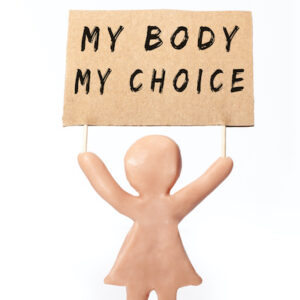 Am I a murderer? Many Republican lawmakers would claim that I am. Since the U. S. Supreme Court overturned Roe v. Wade...
© LitHub
Back to top