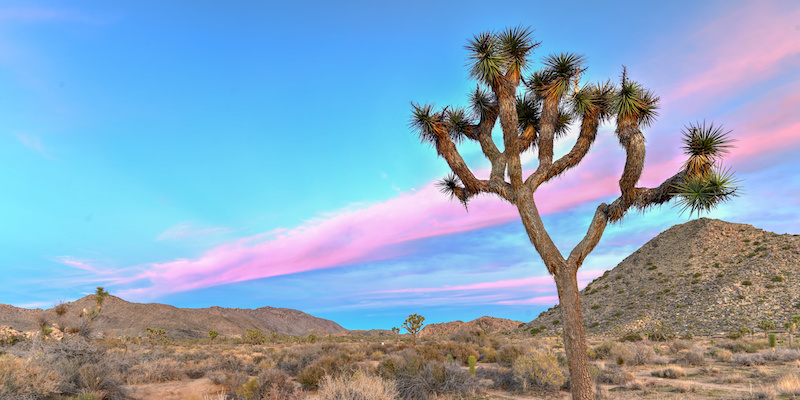 "Nature isn’t merely a setting in these novels, but a force that propels the story forward."

This year marks the tenth anniversary of Wild, the memoir by Cheryl Strayed that captivated readers across the globe, was selected as an Oprah Winfrey Book Club pick, and later became a film starring Reese Witherspoon. Wild opens with a scene that I—as a suspense author—admired intensely the moment I read it: a lone protagonist on the edge of a cliff, exhausted, blistered, and depleted, 38 days into her 1,100-mile hike covering the Pacific Crest Trail. She stops to rest her feet, and one of her hiking boots goes sailing off the cliff into the abyss. Dumbstruck, she ponders her situation for a moment and then launches the other boot after it… leaving herself alone and barefoot in the wilderness.

It’s a cliffhanger of an opening that has the reader madly turning the pages to find out how she survives. Strayed’s story, which sat atop the bestseller list for months and was translated into 25 languages, is a memoir. But wilderness settings have an enduring allure for fiction authors, too.

Nevada Barr is a master of the wilderness suspense novel. Her beloved Anna Pigeon series follows the park ranger protagonist through the forests, glaciers, and gorges of America’s sprawling national parks. Likewise, C.J. Box’s Joe Pickett series features a game warden fighting bad guys in the wilds of Wyoming. And Linda Howard’s Up Close and Dangerous gives us a woman stranded with her pilot after their plane goes down in the Idaho mountains.

All of these authors use wilderness settings to ratchet up the tension in their high-octane stories. Nature isn’t merely a setting in these novels, but a force that propels the story forward.

“Man against nature is one of the pillars of storytelling,” says Allison Brennan, whose North of Nowhere releases in 2023. “For a suspense author, setting then becomes one of the characters.”

Brennan’s novel begins with a plane crash that leaves two children alone in the Montana mountains. Inclement weather and treacherous terrain play a key role in the plot.

Suspense author Rachel Grant uses the Mother Nature to similar effect in Into the Storm, about a team of Navy SEALs whose training operation in Olympic National Park takes a deadly turn when a storm blows up and one of the operation’s participants is found murdered.

Grant, who spent years working as an archaeologist, has set stories everywhere from Alaska to the Caribbean rainforest. She says wilderness settings allow her to throw all sorts of obstacles at her characters by knocking out power, washing out roads, and disabling vehicles. “I enjoy the drama and challenge of writing characters stuck in an area with limited roads, infrastructure, and access to communication,” Grant says.

In our age of constant contact, it can be refreshing to see what happens when people are forced off the grid, either by choice or bad luck. In my suspense novel Vanishing Hour, a woman and her search-and-rescue dog work to help solve a string of mysterious disappearances in the rugged west Texas desert near Big Bend. Besides dealing with scorching heat and venomous rattlesnakes, they find themselves contending with a lack of cell towers, cut off from help when they need it the most—like the very hikers they were sent to rescue.

“The lack of communication is especially helpful to suspense authors in this age of cell phones,” says Grant. “Nothing kills a suspense plot faster than being able to call in the cavalry with ease.”

And judging from the popularity of reality TV shows such as Naked and Afraid and its spinoffs, people love seeing what happens when someone gets dumped into the middle of nowhere with few to no resources. Hunger, insects, and homemade bow drills that fail to start fires can spark endless entertainment for audiences watching from the comfort of their living rooms.

To some writers, the appeal of the wilderness setting is simply getting a change of scenery.

“Because so many of my books take place in cities,” Brennan says, “taking a story to the mountains provides different creative opportunities for me as a writer, and for my characters.”

All of the above factors play a role, but for me, the greatest advantage of a wilderness setting is that it allows for new take on the suspense writer’s adage nothing is as it seems. What starts out as a test of fortitude in some perilous natural environment ends up being something else entirely.

Barr’s novel Blood Lure is the perfect example of this type of story transformation. Sent into the back country of Glacier National Park, ranger Anna Pigeon responds to what appears to be a bear attack. It’s a classic story of man versus nature… until Pigeon discovers that there is something deadlier than bears lurking in the forest.

Similarly, Grant’s Into the Storm begins with the team of Navy SEALs bracing themselves for a powerful storm rolling in off the Pacific. But it soon becomes clear that the bigger threat is a team of terrorists hiding in the woods. In Howard’s plane crash story, the heroine and her pilot battle freezing conditions, surviving on pine nuts and melted snow, only to discover that their plane wasn’t brought down by bad weather, but sabotage.

In many wilderness-set stories, Mother Nature is set up as the all-powerful villain, only to be dethroned. The author misleads the reader from the outset, because it’s not the man versus nature conflict that grips us, but man versus man. Gnawing hunger, ferocious grizzly bears, and frigid temperatures fade in comparison to a good man versus man matchup. Mother Nature, however powerful, lacks evil intent, and the most pulse-pounding suspense comes from the human villain with a sinister heart. 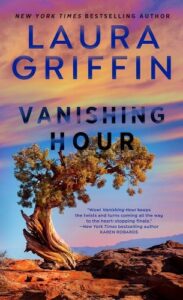 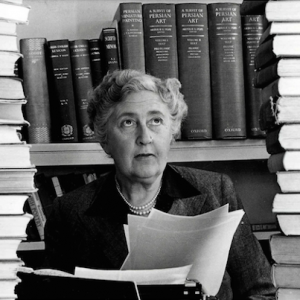 When I set out to write my first Christie Bookshop Mystery, I did what fiction writers do. I made stuff up. A cozy setting,...
© LitHub
Back to top