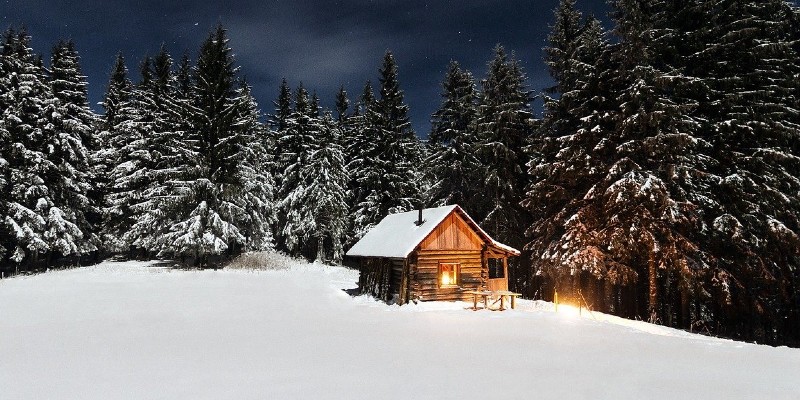 It's cold outside. Stay indoors and open a good thriller.

Winter is here and with the long dark nights up north and the biting cold winds come feelings of isolation and cabin fever. What better time to curl up by a roaring fire and read a good book by the light of a lamp?

So why is it that when the winter season is in full swing and makes many of us feel like shut-ins, we seem to revel in the enjoyment of a good book about people isolated in a frozen environment, fending off unseen dangers and clinging to hope of rescue? Is it that we ourselves crave rescue from the cold doldrums of the winter landscape? Maybe.

Books about people feeling trapped and isolated in desolate locations enthrall us because we know how much we don’t want to end up in situations like that.

In Taylor Adams’ recent suspense thriller, No Exit, a college student waiting out a ferocious blizzard at a remote highway rest stop with several other strangers, discovers a young girl locked in a crate in one of the vehicles parked outside and realizes a psychopath is one of her companions. This has all the elements, literally: raging snowstorm, isolated location, a collection of strangers and no way to seek help. With the cold and the snow, there is no place to go. Danger lurks inside as well as outside.

Isolation during a snowstorm is a convenient and haunting plot device, one the grand master herself, Agatha Christie, uses well in her story “Three Blind Mice,” precursor to the long-running stage play, “The Mousetrap.” In her tale, guests at an English country inn are isolated during a blizzard, trapping them in the old manor with a dead body and someone suspected of being a murderer. The inn is inaccessible to the outside world, with the exception of the lone policeman who ends up skiing to the location to help thwart the next murder before the storm lifts and help can arrive.

Inspired by Agatha Christie, fellow English suspense author Ruth Ware puts her own spin on the lonely English manor by setting her debut novel, In a Dark, Dark Wood, … well, as the title suggests, in a secluded house in a forest in Northumberland, surrounded by snow-covered woods and ice covered roads. The women and one male who gather in the house to celebrate the pre-nuptials of one of the guests become unnerved in the remote location by the presence of unknown footprints in the snow that may foretell an unexpected guest has arrived and danger with it.

Agatha Christie’s contemporary, Ethel Lina White, explored the grip winter holds on her protagonist, Anna Brown, and a small town in northern Russia in her suspense thriller, The Elephant Never Forgets. Winds strip the trees of leaves and snow-clouds build as Anna tries to flee the terrifying environment that seems closed off to the world she knows.

An even more remote part of Russia is the setting for Louis L’Amour’s thriller Last of the Breed, which tells the tale of a Native American U.S. Air Force pilot whose plane is shot down over the Communist country. Major Joe Makatozi must use all the survival skills handed down to him by his ancestors as he flees across the frozen tundra of Siberia while being pursued by Russian military and native inhabitants. His only hope is to reach the Bering Strait and find a way across to Alaska.

Peter Høeg’s Smilla’s Sense of Snow, uses the desolate winter in Copenhagen, Denmark, to spin his tale of a young boy’s murder and the woman obsessed with finding out the truth about it. Hoeg’s protagonist, Smilla, feels just as isolated as the cold Danish town, as she, like the dead boy, is an outsider and a loner, struggling to survive in the dreary environment. As she pursues clues into the boy’s death, she follows a trail to an isolated glaciated island off of Greenland where the story climaxes.

Just thinking about it, the Scandinavian countries have made a cottage industry of thrillers set in the frozen desolate countryside, creating its own genre labeled Nordic Noir with numerous authors such as Åsa Larsson, Håkan Nesser, Henning Mankell and Karin Fossum weave their tales of desperate murder and madness among the barely habitable climates. Jo Nesbo’s The Snowman, even features a serial killer who builds a snowman to leave behind to accompany the grisly bodies of his victims. Talk about taking the fun out of winter.

But to reach extreme lonely winter environments, one has to venture to the opposite ends of the globe, the polar caps.

In Alistair MacLean’s Night Without End, a plane crashes in a remote part of the Greenland ice cap. Dr. Mason and his scientific research team stationed nearby race to rescue the survivors, discovering one of the pilots has been shot. Taking the survivors back to the research station, the wounded pilot is murdered in his sleep and the station’s radio has been destroyed. Realizing there is not enough food for everyone and no hope for immediate rescue, Dr. Mason decides he must lead the survivors across nearly 200 miles of winter wasteland to reach the nearest settlement on the coast, battling through a raging blizzard, all the while knowing a killer or killers lurk among them to sabotage their every move.

MacLean would return to the frozen landscape of the Arctic several times in such books as the spy thriller Ice Station Zebra, which details the frantic attempt to rescue the survivors of a research station built on an Arctic ice floe that suffers a catastrophic accident leaving the survivors with little food and heat. As in most MacLean books, things are not always what they seem, and the rescue attempt turns out to have elements of international intrigue and sabotage all in the frozen wasteland of the Arctic. And again in Bear Island, MacLean sets a murder mystery in the remote setting of an island in the Svalbard archipelago of the Norwegian Arctic where the law and outside help cannot reach.

Perhaps influenced by the writing of MacLean, Dean Koontz penned the Arctic suspense thriller Icebound in which a group of international scientists use powerful explosives to attempt to break off a piece of an iceberg and tow it to a drought-ridden part of the world. But an unexpected earth tremor and storm break off the large chunk of ice and the scientists find themselves stranded on the floating mass with the bombs still rigged to blow. To complicate matters even further, a killer lurks among them with a hidden agenda. It’s a fight for survival against storm-wrought elements, an unknown killer, and time itself with the bombs set to detonate at zero hour. To top it all off, the main heroine of the novel has a fear of cold, ice, and snow. Not a good combination for the mission she agreed to fulfill.

On the opposite end of the globe, adventure writer James Rollins sets his thriller Subterranean in Antarctica, where beneath the ice a team of archaeologists explores a subterranean labyrinth of caverns where wonder and mystery soon leads to danger and a fight to survive.

So lock the doors, light the fire, curl up somewhere comfortable and prepare to be chilled more than the frigid temperatures outside. Keep warm.

Gregory Bastianelli is the author of the novels, "Loonies" and "Jokers Club." His stories have appeared in the magazines Black Ink Horror, Sinister Tales and Beyond Centauri; the anthologies "Night Terrors II", "Cover of Darkness" and "Encounters"; and the online magazines "Absent Willow Review" and "Down in the Cellar". Gregory's novella "The Lair of the Mole People" appeared in the pulp anthology "Men & Women of Mystery Vol. II". His latest novel is Snowball, now available from Flame Tree Press.
https://www.gregorybastianelli.com/pgs/welcome.html 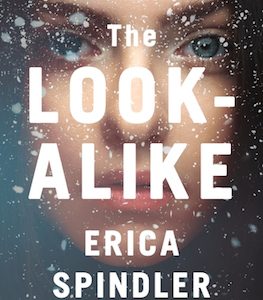 Chief Thompson ushered her across to the couch, then took a seat directly across from her. He met her eyes. “I have to ask you some...
© LitHub
Back to top