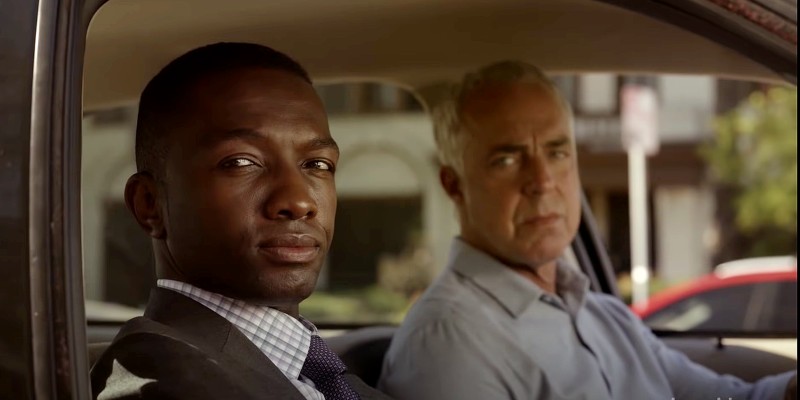 What to expect from the new, final season of the hit series from Michael Connelly and company.

It’s been a little more than a year since George Floyd Jr. was killed by police in Minneapolis. His death—at the time the latest in a string of high-profile deaths of men and women at the hands of police—galvanized a nation and a movement and caused many people to reconsider how they feel about policing and some police officers.

It’s also been a little more than a year since “Bosch,” an outstanding police series streaming on Amazon Prime Video, aired its most recent episode, the sixth season finale.

When the seventh and final season of “Bosch”—based on the popular and long-running series of crime novels by Michael Connelly—debuts on June 25, will the series reflect the changed nature of the world and of policing?

Or is it our reaction to the series that will be different?

Connelly and Amazon have said the final season is “mostly” based on “The Burning Room,” Connelly’s 2014 entry in the book series. That’s the book about a mariachi musician who dies, years after being shot, and the revelation that it’s likely his death was not a random killing. There’s more, of course, and it involves a long-ago apartment fire that his partner (not J. Edgar as in the TV series, but Lucia Soto at this point in the books) survived as a child. The new season also reportedly has elements of “The Concrete Blonde,” an early Connelly book that pitted Bosch against a serial killer.

When the Season 7 trailer was released a few weeks ago, it indicated more of the kind of moody treatment of police work that characterizes the show, with perhaps some emphasis on past story threads (“When the system fails, righteous men will rise up”) that could certainly be interpreted as an acknowledgement of changes in how society reacts to police as officers and institutions.

Do we still value the police? If they’re “serving and protecting” us, yes. But what about the cops who are not, who are performing in the exact opposite manner, in fact?

How do you make a cop show—even an untypical one like “Bosch,” as opposed to “Dragnet”—these days?

Maybe there’s some clue in an earlier season of the series that directly took on police brutality, public outrage and protest and how those themes play out in a drama series.

When the “Bosch” series was announced on Amazon Prime Video and debuted its first season in 2015, I was skeptical that a series based on Connelly’s lasting contribution to crime fiction would work. As we’d come to know him in the books, Harry Bosch is a brilliant and dogged cop but was perhaps too aloof, too jaded, too skeptical of his fellow officers—and of society in general.

The first bit of dialogue of the first episode of the first season wasn’t encouraging. Bosch and his partner, Jerry Edgar—known as J. Edgar—are on a stakeout.

“Gonna rain like a bastard tonight,” Bosch says. “Need it. Wash all the shit away.”

There are way too many echoes in that dialogue, of both “Dirty Harry” and “Taxi Driver,” as well as every hard-bitten detective story.

But Connelly—an integral part of the Amazon series—and his fellow writers are too good and too smart to try to sustain that type of character over a season, no less a series.

As I’ve noted for CrimeReads before, the TV series sanded off a few of Bosch’s rough edges—but not too many. While he’s still cynical and wary of people, Bosch is humanized by his family and his colleagues and Coltrane, the dog he adopts.

And, in a subtle way, Bosch is humanized by his attitude toward the people who don’t have a fraction of his power, authority and autonomy.

“Everybody counts or nobody counts,” has become something of a Bosch mantra. In the second season, in which the final episode was titled “Everybody Counts,” the saying applies to his investigation into the death of his mother, a prostitute who was killed when he was young.

But it’s possible to see that Bosch takes the belief to heart, especially in his quest, in later seasons, to bring to justice the killer of Daisy Clayton, a teenage runaway who was brutally murdered. Bosch also tries to save Daisy’s mother, Elizabeth, an addict.

But does Bosch’s “Everybody Counts” credo extend to the people who are policed by the police? Season 4 offers an answer.

Debuting on the streaming service in April 2018, Season 4 of “Bosch” was drawn somewhat from the 1999 Connelly novel “Angels Flight,” a name taken from a real-world funicular railway that runs between levels of some downtown blocks in Los Angeles.

Howard Elias is a civil rights attorney suing the city police department over a police brutality incident that saw his client tortured by the cops who had him in custody. The murder of Elias on Angels Flight opens both the book and the TV season but the two plots diverge pretty thoroughly.

As is common for the TV series, each season pulls in characters and plotlines from other Connelly books. The character Eleanor Wish, former FBI agent, professional poker player and Bosch’s ex-wife and mother of Maddie Bosch, appears in several books as well as previous seasons of the TV series. (Spoiler ahead!) Her death at the hands of Chinese gangsters is the emotional heart of Season 4 and probably takes some of the heat away from the Howard Elias storyline.

It is in the Elias storyline, however, where we most clearly see how Bosch the character and “Bosch” the series would address police brutality.

Bosch (Titus Welliver) is put in charge of the investigation by police chief Irvin Irving (Lance Reddick) in part because of its explosive nature and in part because the public would have a hard time accepting an investigation by the very police officers Elias is suing. Bosch, who has been targeted by wrongful death lawsuits in the past, somehow never had a court case involving Elias.

Very quickly, cops in the elite Homicide Division make it clear how they feel about Elias’ death. In the contest of Elias’ past lawsuits against the department, one cop notes that if Bosch catches the killer, “They’ll give him a medal.”

Bosch in turn makes clear his attitude to cops who would commit cold-blooded murder of someone like Elias.

“If I can prove one did it, that’s a killer, not a cop,” Bosch says. But even as his words condemn Elias’ killer, Bosch sets the killer apart from cops who are, to borrow the title of another great TV crime series, “justified.”

Who watches the watchmen?

“Someone needs to police the police,” Elias—who decries institutional racism—says at a point before his death. It’s a sentiment that in the year-plus since the most recent season of “Bosch” has become more prevalent in the public mind.

But who is qualified for the task? The police themselves?

As if in direct reference to the killing of Eric Garner, who in 2014 died in a police chokehold in Staten Island, New York, and as if in prediction of George Floyd Jr.’s killing years later, a “bad cop” in Bosch’s department scoffs at the claims made by Elias’ client. Police put a plastic bag over the man’s head and then stuck a pencil in his ear.

The season walks a tightrope; it is a show about cops, after all, and they’re the protagonists. Yet the writers make sure to show that, no matter how hard-bitten cops like Bosch are and how jaded Irving is, there are far more deplorable cops, including the officer who wants to wade in and bash the heads of activists when an anti-LAPD protest is planned.

The protest itself, when it comes, feels ludicrously small compared to the Black Lives Matter protests that followed the death of George Floyd Jr. Amy Aquino’s Lt. Grace Billets even acknowledges the small crowd.

Black Lives Matter gets name-checked, interestingly, by Irving, who is played to icy perfection by Reddick, who is Black. But Irving isn’t as dismissive as he might be, leaning toward matter-of-fact. Irving in the TV series is very canny and manipulative but is definitely not the villain he is in the Bosch novels.

Civil unrest is organic, Irving says, adding it starts on the street, but an LAPD social media specialist says that the protests are spawned online now.

The cops in this season of “Bosch” seem to still be trying to wrap their heads around the modern-day relationship between police and the people they are sworn to serve and protect.

It’s not a means of reaching out to bridge the divide between police and protestors when the cops in Bosch’s office take up a collection to send pizzas to the bucket drummers whose rhythms have kept up, at a steady beat, outside the precinct house.

“I figure they gotta stop drumming if they’re eating,” wry and affable Sergeant John Mankiewicz (played by Scott Klace) says as he passes the hat.

But there’s other, more subtle manipulation from the police. Irving speaks with a leader of the protests, extending an offer of access. The conversation is witnessed by the protestors, who quickly disavow their leader.

The protests, which ultimately fizzle after they fail to gather the numbers that real-life 2020 social justice protests achieved, are secondary to the Elias murder storyline. For that matter, the protests are a distant third to Harry’s revelations about his mother’s murder and her killer and, of course, the murder of Eleanor Wish.

Ultimately, Bosch follows his personal code and delivers to Elias’s former client, the victim of police brutality, the proof he needs to make the city pay for the actions of the abusive cops.

Will we see the next season of “Bosch” address the issues of policing and how police and the public interact—and how they would ideally interact?

Connelly and his collaborators have proven they are more than capable of addressing the issue, either through an entire season-long story, recurring plot beats or random moments, well-written and well-delivered.

On the horizon for the Bosch character is a big change not unlike the changes in Connelly’s recent books, which have seen Bosch retire but stay involved, particularly in cold cases. Connelly is developing a “Bosch” spin-off series for IMDB’s video offerings from Amazon Prime. In the series, Bosch goes to work for Honey Chandler, the ruthless attorney who has been on the other side of the courtroom from Bosch on a few occasions.

Will Bosch’s work for the attorney emphasize even more that “Everybody counts or nobody counts?” 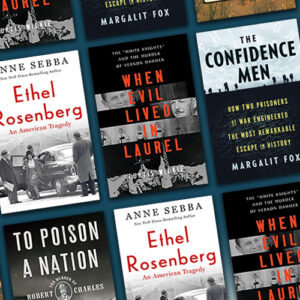