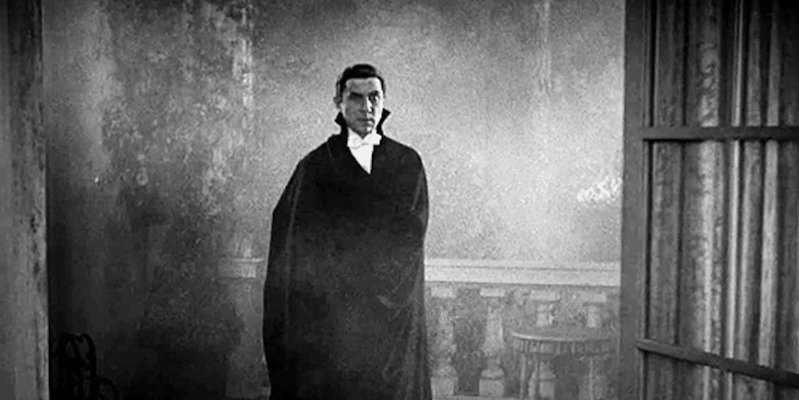 It is odd that Bram Stoker didn’t really see himself as a great writer. In his mind he was first and foremost a theatre manager, who simply happened to pen little spooky novels when his day-to-day duties allowed.

Ironically, it was literature that first pushed him into the theatre circles. Bram started off writing theatre reviews for free, very much like a tweeter or blogger. In his case this really paid off; his reputation grew quickly and soon enough he’d be invited as a backstage guest at Dublin’s most important productions.

It was one of his reviews that caught the eye of the then rising celebrity Henry Irving, who invited Bram to move to London and manage his new theatre company. Bram would ultimately manage London’s Lyceum for twenty-seven years, even long after the success of Dracula.

The impact of the theatre on Stoker’s writing is evident when you compare Dracula to his first literary endeavors.

The impact of the theatre on Stoker’s writing is evident when you compare Dracula to his first literary endeavors. Bram’s first novel, The Primrose Path, is widely considered an overtly sentimental critique of alcohol intoxication—yes, written by an Irishman! His next book, published in 1878 (the same year as his first play premiered in London), had the riveting title The Duties of Clerks of Petty Sessions. I only hope it was non-fiction.

A far cry from the intense and eerie Dracula he’d publish in 1897.

By then Bram had learned very well what gripped the public’s attention. This was a time when going to the theatre was only just beginning to become fashionable, so you still had the peddlers, the drunkards, the ladies of easy virtue selling “hand-rolled cigarettes”…Those crowds would not be afraid of hurling rotten vegetables at the face of a famous tragedienne if her soliloquies got too dense.

Bram learned much about drama, plot rhythms, spectacle and cliff-hangers from backstage, and his techniques still do the trick in the 21st century. Some passages in Dracula remain deliciously blood-curdling to this day (think of Renfield at the lunatic asylum, or Lucy Westenra at the graveyard…), and the final chapters are a proper race against time (that instant when Dracula opens his eye in the coffin!). Some of Stoker’s later works, unjustly overshadowed by the success of Dracula, would share these elements—the prologue of The Lady of the Shroud, a personal favorite, reads like the opening chapter of a modern-day thriller.

Bram started his research for Dracula at around the same time the Lyceum was presenting Macbeth.

I found out that Bram started his research for Dracula at around the same time the Lyceum was presenting Macbeth (my entire novel A Mask of Shadows revolves around this momentous production), and it doesn’t seem to be a coincidence. Stoker must have drawn much inspiration from the floating knife, the witches’ cauldron, the many references to the stain and smell of blood…and let’s not forget the monologues of the vamp-like Lady Macbeth! She is scheming, cunning and ruthless, even more so than Macbeth himself. She casually plots regicide, covers up evidence and reprimands her husband for not being man enough. This Shakespearean feel is evident in many of the dialogues in Dracula, and the Count’s gestures and mannerisms have all the theatricality of a Shylock or an Iago. Shakespeare’s plays are in fact quoted several times throughout Dracula; Bram even mentions Ellen Terry, who played Lady Macbeth and was England’s most beloved actress at the time.

Just as important as the theatre, Bram’s writing had another two major influences, which go hand in hand: forensics and Whitechapel.

Bram lived in a London besieged by Jack the Ripper, the last “canon” murder having happened less than a year before he began work on Dracula. A silent, faceless killer lurking through the night, craving for the blood of young women. Sounds familiar?

In fact, the atmosphere must have been unnervingly familiar to us, tragedy waiting to happen just around the corner in the big city. Sensationalist newspapers were already goldmines, perhaps instilling more fear in the public than the crimes themselves, and court procedurals were a popular source of sassy entertainment (like Judge Judy, only less vanilla).

Though Dracula is not a crime book, you can definitely see the influence of Bram’s close friend, Conan Doyle, and the emerging forensic sciences.

Though Dracula is not a crime book, you can definitely see the influence of Bram’s close friend, Conan Doyle, and the emerging forensic sciences. Stoker recurred to blood transfusions, chloroform (in the book called “the modern Morpheus”), a voice diary kept in phonograph…Just like DNA, gas chromatography and GPS in CSI.

Very much like his characters, Stoker championed the use of state of the art technology on the stage: hydraulics, lycopodium powder for flashy explosions, and even tiny electric lights around the head of an actress. I can picture him reading through the latest science publications to draw inspiration both for his productions and for his novels. One of his favourite effects was mist, which he used liberally to enhance the eerie and supernatural feel of his plays. This was of course used in Macbeth, with the ominous Dunsinane castle in the background. Again, familiar?

Sadly (for us) Stoker devoted the greater part of his time and energy to the theatre. He dealt with actors, suppliers, honoured guests and investors. He was all charm at the premieres, but he was also a shrewd businessman and always kept the books in check. Sadly again, he would not be as careful with his own personal finances, and he would neglect his wife and his only son.

Some attribute this devotion to a less than chaste obsession with his boss Henry Irving. I wish I could tell the puritans this is just gossip, but the facts and Bram’s own writings are intriguing to say the least. Stoker named his son after the actor, and also penned a lengthy (LENGTHY) biography soon after Irving’s death. The two-tome brick of a book is full of all manner of praise and fondness, akin to the “I’m your Sam” moments in The Lord of the Rings.

I wish I could tell the less puritans that Henry Irving returned the affection, but that quite certainly never happened. Irving was a ruthless opportunist, well enamoured of himself. He knew what he needed from others and how to take it. After all my research I am convinced that Irving recognised Bram’s value and found the way to squeeze him to the last drop.

Many a scholar have suggested that Stoker based Dracula upon Henry Irving (this is hard to dispute if you put a photo of the man next to the paragraph describing the Count). I do believe this might be true, even if Bram did it unconsciously—a pale, brooding spectre sucking his work, talent and energy…with “very massive” eyebrows.

If you feel I’m being too harsh, I’ll add that Henry Irving ultimately sold the Lyceum Theatre without even telling Bram. And before that, Irving categorically refused to play both Sherlock Holmes and Dracula—both perfect for his physique, both immensely successful characters already, both written by close friends of his. Mr Irving, it seems, did not like to share the limelight, and I’m only too happy that history has redeemed Bram Stoker’s talent.

Oscar de Muriel was born in Mexico City in 1983 and moved to the UK to complete his PhD. He is a chemist, translator and violinist who now lives and works in Manchester. he is the author The Loch of the Dead, A Mask of Shadows, A Fever of the Blood and The Strings of Murder.
http://www.oscardemuriel.com/ 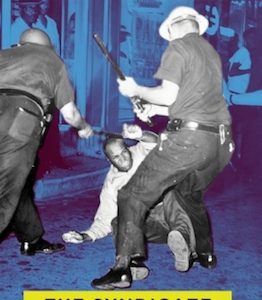 Hollisworth is no burg; it’s a solid little city, with the exception that it belongs to the syndicate, lock, stock and barrel. It...
© LitHub
Back to top