RV Raman has loved Agatha Christie style murder mysteries his whole life. But where were the stories from India?

Like many of my generation in India, I too grew up on a diet of English novels from authors, both Indian and foreign. This was before the days of TV and the internet, when books were the primary source of entertainment (apart from movies, of course). The printed word and the silver screen each had a charm of their own. But as a student, when you could borrow twenty or more books from a library for the price of one movie ticket, the choice was clear.

There was (and is) no dearth of stories in India. From epics that are thousands of years old, to fables and fairy tales; to legends of wars and victories, tears and triumphs; to tales of kings, queens and empires; to romances of common folk; and to less ancient fiction, we had an enviable range to choose from in a plethora of Indian languages. We devoured this inexhaustible range like gluttons at a feast.

But there was a gap—few of the tales were murder mysteries or detective stories.

For these, we turned to western authors—Christie, Conan Doyle, Edgar Wallace, Erle Stanley Gardner, and other giants of crime fiction. The Golden Age Mysteries became a staple. Their stories were set in a variety of locations from London and New York to Baghdad and the Caribbean. Soon, we knew the names of as many streets in London as we knew in our neighbouring city. 221B Baker Street felt like a second home.

In addition to these metropolises, the setting often involved country mansions, mist and myth (think The Hound of the Baskervilles). These felt eerie and exotic, and invariably thrilled the city boy in me. Be it Baskerville Hall or Styles Court, these locales evoked enduring visions of the English countryside in our minds. And of course, as murder often went hand-in-hand with inheritance, wills became an integral part of these mysteries by providing motives to multiple suspects.

All this was incredibly fascinating. Christie, Conan Doyle and the like transported us across the seven seas to lands we had never seen. What a fantastic treat that was to a wide-eyed schoolboy!

However there was a problem.

Not one of these stories was set in India, the only country I knew and related to.

Even among the works of Indian authors, there were practically no whodunits, at least in English (there were some in Indian languages). There were thrillers galore (at least among the movies), and innumerable romances, comedies and tragedies. Murder mysteries, however, were few and far between, even among movies. This lacuna jarred. It was a gap that kept gnawing at the back of my mind.

Even as I devoured murder mysteries from the UK and the US, I longed for similar books that were set in familiar environs, in India. Every culture has its own distinctiveness. Sherlock Holmes’ London was very different from Perry Mason’s Los Angeles. New York had little in common with rural England. Books were a great way to experience diverse cultures. Wouldn’t it be wonderful to add Indian locales to the mix? I would be able to relate to them so much more! Unfortunately, that was not to be, apart from a rare story here or there.

If I couldn’t read Indian mysteries, I began wondering, could I write one? A thrilling prospect! But it was an intimidating one too. Write a full-length novel? Was I up to the task? Imagination, I felt, was not the problem. The writing was—I had never attempted even a short story. The youngster in me found it daunting; daunting enough to shelve the idea.

However, the urge to write remained in me and gradually grew in strength. As I read more, I began to feel that I must take a shot at writing. Someday. With the passing years, the prospect felt less daunting than it once had. But then, where was the time for it? With a career to build, a family to raise and aged parents to look after, my life was already very full. I had no choice but to kick the can down the road. Meanwhile, as I travelled the world, experienced different cultures and met a variety of people, I was quietly and unknowingly building a reservoir of first-hand experience that would come in handy in the future.

At last, the day came when I began seriously considering taking a shot at writing. I had reached a stage in life when I had the time to experiment. I began with writing fantasy for my kids who were then in high school. Not knowing how the experiment would turn out, I adopted a pseudonym. To my joy and relief, the fantasy experiment turned out alright. And that experience showed me that I could indeed write full-length novels. Bolstered by that conviction, I turned to crime fiction.

My immediate inclination was to write a murder mystery similar to the Golden Age ones—mysteries where the reader is in possession of all material facts and evidence, and tries to solve it before the detective does. But I didn’t have the confidence to pull off a Christie-like puzzle. Fantasy had been easier—I just had to let my imagination fly. Mysteries required more planning and all facts, big and small, had to hang together convincingly. A mystery had to pass muster of a second read where the reader is already in possession of the solution. Character actions needed to be credible in the light of the solution the reader already knew.

I didn’t think I was ready for a Christie-like mystery yet. I therefore turned to what I knew best—the corporate world. My professional experience had given me ample insight into the world of business, both in India and abroad. I knew how the innards of companies worked, and understood how greed, ambition and opportunity could make for an explosive combination. I had also helped fix vulnerabilities that could have led to white-collar crime and fraud. I decided to set my first crime fiction book in the banking sector in India, and called it Fraudster.

As I was writing it, I realised that selling a purely cerebral puzzle would be difficult, especially for a new writer. Readers wanted action as well. A traditional mystery, I feared, might end up dead in the water. I went back to the beginning and converted it to a thriller. That turned out to be a good decision, and my series of four “corporate thrillers” began taking shape.

In time, with four thrillers under my belt, I found the confidence to attempt a traditional mystery. I had already decided what the setting would be. What else but the combination that had appealed to me the most—mansion, mist and myth? Murder would visit a remote colonial mansion shrouded in mist and haunted by an Englishman’s ghost. At the centre of the story would be two conflicting wills. For the title of the book, I would use a pun on the word ‘will’. I titled this first mystery A Will to Kill.

The other thing I was clear about was that each book in the new mystery series would be set in a different picturesque locale in India. Just as my corporate thrillers took readers to various Indian cities and gave them a peek into four different sectors, I wanted the readers of my mysteries to visit remote spots in India through my books. A Will to Kill is set in the misty Nilgiri hills, a stone’s throw from Coonoor and Ooty. The second book of the series is set in Bundelkhand, near the erstwhile kingdom of Orchha, and the third in the Himalayan foothills in the shadow of the majestic Nanda Devi peak. Most travellers to India visit commercial spots like the Taj Mahal and seldom have the time to experience the real India. I wanted my books to offer an opportunity to remedy that.

As a boy, Christie, Doyle, Gardner and others had taken me to their countries through their novels. I would now like to return the favour by offering global readers an opportunity to visit India, a country that is very different from what is portrayed on the BBC, CNN or NYT.

RV Raman is the author of four corporate thrillers published in India, which are loosely based on his corporate career spanning three decades and four continents. His first traditional mystery (A WILL TO KILL), an Agatha Christie-esque whodunit, was published by Agora Books in October 2020. The next in the Harith Athreya series, A DIRE ISLE, also set in India, is slated for publication in December 2021. Find him at www.rvraman.com and on Twitter @RVRaman_ 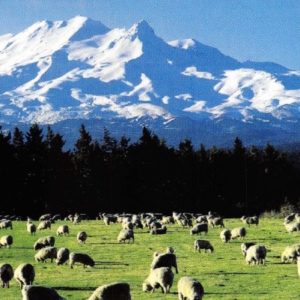 One of the things I love about reading is that I can explore the world without leaving home, and this year the prospect of traveling...
© LitHub
Back to top