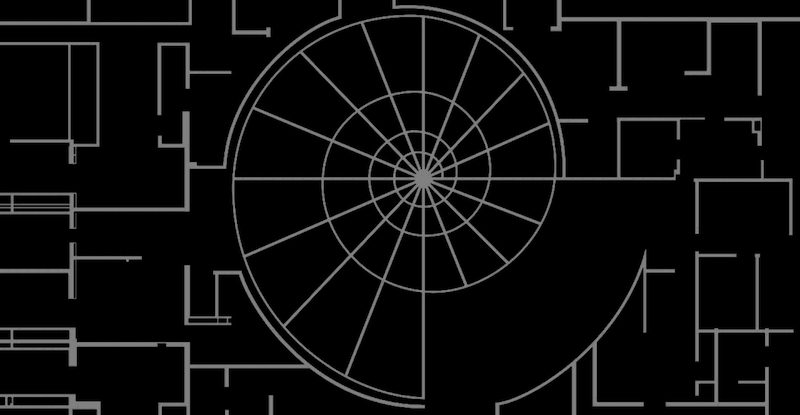 "Knowing what people are expecting allows you to subvert the trope. Expectation is its own red herring, built right into your reader."

More than the plot, or the characters, I adore books that cross genres and mess with the traditional way stories are told. I’m obsessed by the structure of novels.

The God of Small Things by Arundhati Roy and The House of Leaves by Mark Danielewski are marvellous examples of genre-bending. If those books were buildings, they’d have a roof for a back wall, a staircase sticking straight out of the side, nineteen bedrooms, no corridors, and a kitchen/bathroom combo.

Their genius is that they remain navigable. Discomforting, yes. Odd, certainly. But they’re good stories, beautifully told, and I think the reason they hold together is because their authors intimately understood the genres they were hammering together.

We should stop right here and acknowledge that genre means different things to different people. For some, it’s a series of hard and fast rules. For others, it’s an imprecise shorthand to sell their book’s concept. For my money, genre is expectation.

My first novel The 7 ½ Deaths of Evelyn Hardcastle was a body-swapping, time-travel, murder mystery novel. In the earliest drafts, I accidentally weighted it towards sci-fi, and my test readers came away disappointed. Even knowing the concept, they’d been expecting a crime book and struggled when it didn’t hit the story beats they’d anticipated.

Initially, this felt restrictive. Why should I only write what people want? The answer, it turned out, was because knowing what people are expecting allows you to subvert the trope. Expectation is its own red herring, built right into your reader. It’s fine to have an isolated country house, if that isolated country house becomes a character in its own right; if it stops being a backdrop and becomes a threat.

My first attempt to “fix” the book saw me shoving more mystery elements into the mix, which only served to create chapters that vacillated between genres. The result was a tonal whiplash. Finally, I realized I needed to cut, not add. To make my experiment work, I had to dilute the genres down to their bones.

I became a scientist, diving deep into the genres I was referencing, pulling their most famous novels apart to work out how they were constructed. In about three months, I read about twenty Agatha Christie books, charting their structure. It came out like this: there’s a lengthy introduction to the location and suspects, followed by the murder itself, the questioning of the suspects, the reveal of clues which shed new light on the testimony, secondary murders, and a conclusion.

Once I had this chart, I went and did the same with time travel novels. What I realized was that the Agatha Christie structure needed to be the string I hung my time travel pearls along, otherwise it wasn’t going to work. From that point onwards, I structured the book like a standard mystery, but then added the greatest hits from time-travel books, including seeing yourself doing something puzzling (but not realising it), bootstrap paradoxes, laying clues for yourself to find, and working against a time-travelling opponent who knows your future.

In the end, I think 7 ½ Deaths came out about 80% mystery and 20% sci-fi, but I was tinkering with it even on the last draft, trying to get the balance right.

Looking back, it turns out science fiction and crime are a wonderful duo. As genres, they tell stories in the same way. They often begin with something inexplicable happening and task somebody with peeling back the layers and deceptions to understand what is happening.

Emboldened by my first experiment, I decided that my second book, The Devil and the Dark Water, would be an historical, Sherlock Holmes-style story on a boat prowled by a demon. Structurally, I decided to build it around three locked-room mysteries, which would be solved using the story beats of a Stephen King-esque horror and a nautical adventure. It started well enough. A Sherlock Holmes structure is weighted much more to adventure than cerebral mystery, and that fitted neatly into the nautical structure. A problem is established early on, the captain/detective works through a succession of problems and external events, eventually coming up with a plan. The plan is enacted, but complicated by something, before finally being resolved.

Everything was going great, then I tried to mix horror into it and the novel collapsed. The beats of a horror story, it turns out, work to heighten tension by successively killing characters, until only a few remain. Each one reveals more of the monster, until it’s defeated. Essentially death is used as a clue. But a mystery novel tends to keep its core group of characters alive because they’re the suspects. If you kill them, you make the mystery easier to guess, but if you keep them alive you make your monster seem ineffectual, removing the tension.

For the longest time, The Devil and the Dark Water simply wouldn’t work. I tried everything. My demon became a creature. Then simply a voice. I changed the threat it posed, making it more psychological than physical. At each change, the book veered further away from the story I wanted to tell, until, finally, it wasn’t remotely the book I wanted.

After two months of fiddling, I went back to my initial idea and realised that I was using the wrong horror inspiration. Rather than Stephen King, I needed horror thick with atmosphere and dread, which didn’t need to reveal the monster until the last minute.

The solution was gothic horror. Over a couple of weeks, I went back and read everything by Wilkie Collins and Shirley Jackson. I read Dracula again, and Jekyll and Hyde. Instead of building tension through dead bodies, I escalated it through desperation and threat; the sense of some distant evil growing ever close, and ever more powerful. I also rejigged the cast, so I could kill a few of them off without derailing the mystery. It was a “simple” fix that ended up adding over 20,000 words to my manuscript.

Writing Devil—combining elements of mystery and horror—was like putting to sea in a boat I was still hammering together, an experiment that could only succeed because of the books that came before it.

Stuart Turton is a freelance journalist who lives in West London with his wife. Stuart is not to be trusted-in the nicest possible way. He is the author of The 7½ Deaths of Evelyn Hardcastle and most recently, The Devil and The Dark Water. 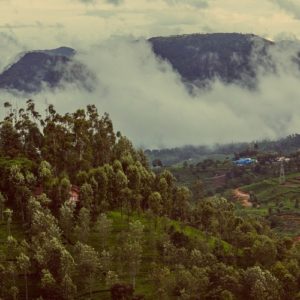 Like many of my generation in India, I too grew up on a diet of English novels from authors, both Indian and foreign. This...
© LitHub
Back to top