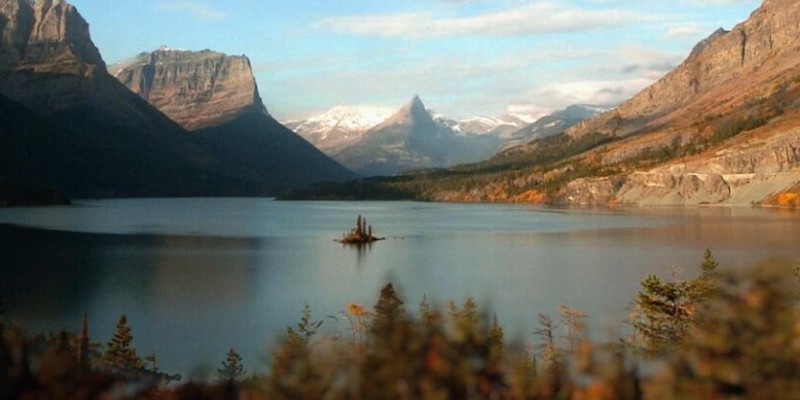 The new thriller, Big Sky marks the first time the author's work has been adapted for the screen. It's long overdue.

It took twenty years for author C.J. Box, but at long last there is a filmed version of one of his best-selling crime novels. Big Sky, an adaptation (mostly) of Box’s 2013 thriller The Highway, is set to air on ABC on November 17, developed and written by the much-decorated producer David E. Kelley. The ten-episode series features Kylie Bunbury and Ryan Phillipe as Box’s protagonists Cassie Dewell and Cody Hoyt, with Katheryn Winnick playing a character invented for Big Sky.

Box is best known for his long-running, best-selling series featuring Wyoming game warden Joe Pickett, which debuted in 2001 with Open Season and has continued to appear each year, with Long Range being 2020’s entry. The Cassie Dewell books appear biannually.

Between them the two series have won Box such accolades as the Western Heritage Award for Literature from the National Cowboy Museum, the Barry, Anthony, Gumshoe and Macavity Awards, and the Spur Award from the Western Writers of America for Best Contemporary Novel. His first stand-alone thriller, Blue Heaven, won the Edgar Award for Best Novel of 2008.

Born in Casper, C.J. “Chuck” Box now lives in Saratoga, Wyoming with his wife Laurie and their horses. His erstwhile publicist at Putnam, Michael Barson, caught Box between fishing expeditions to ask him about the advent of the Big Sky series on television.

Michael Barson: You were already a successful author with your Joe Pickett series, which was being published by Putnam on an annual basis, when you decided to write Back of Beyond, the first book to feature Cody Holt as your new protagonist. What was your thinking in launching another crime series at that point in 2011?

C.J. Box: Actually, Cody Hoyt was introduced in a stand-alone thriller called Three Weeks To Say Goodbye in 2009, but he was a fairly minor character. As you say, he stepped to the forefront in Back of Beyond, followed by The Highway.

I never intended to write a second series, and I still like to think that I haven’t. I looked at each of those books—followed by Badlands, Paradise Valley, and The Bitterroots—that feature Cassie Dewell as stand-alones with overlapping characters, as if it were a relay race with one character handing the baton to another from book to book. Now, though, it’s hard to claim it isn’t a series.

Why do this? I don’t know. I don’t plan these things strategically. Suffice it to say that some ideas and locations I want to write about simply won’t work as Joe Pickett books. They *have* to stand alone from the Joe Pickett series. As you know, the stand-alones take place in Colorado, Montana, and North Dakota. None of them are set in Wyoming, where Joe Pickett lives.

Most readers say the Cody Hoyt/Cassie Dewell books are darker than the Joe Pickett novels. That’s certainly true with The Highway.

MB: Cassie Dewell, one of the main characters in The Highway, would soon take over what had begun as a series starring Cody. It was a bold move on your part… But what kind of feedback did you get from your readers? Most of them must have been deeply surprised at the series sudden change in direction… I know I was!

CJB: It wasn’t planned out. I started writing The Highway and I had to set it aside for over six months while I completed a Joe Pickett book. When I came back to it the twist you mention came to me. I thought, no one will be prepared for what happens next. Over the years, I’ve heard many, many comments from readers about that twist. Most say they read that seminal page three or four times to make sure it actually happened. Some readers simply got angry with me and they’re still angry with me. Oh well.

It’s important to me that my readers stay on alert and that anything can happen within the novels. I think that adds to the tension.

MB: It’s interesting that the first television adaptation of one of your books would be ABC TV’s Big Sky, which is produced by David E. Kelly and based on The Highway and the Cassie Dewell series. You and your representatives must have had many conversations about the best-selling Joe Pickett series with film and television producers over the past ten years or so…Are you surprised that no one has yet optioned the Joe Pickett series as well?

CJB: It’s a familiar story and one I’ve heard from many other authors. The Joe Pickett books have been optioned three times at least to be made into a television series, but none was ever made. The reasons are many. And it’s not a bad gig at all for an author when producers option a work, send a check, and then don’t make a bad television show.

In one instance, my wife and I saw that the people in charge of the Joe Pickett series wanted to take it in a direction we absolutely didn’t want it to go so we extricated ourselves. A movie or television series isn’t the be-all and end-all for an author that it once may have been. Better to have nothing on the air than something that’s slipshod and crummy.

When David Kelley came calling I had an instant rapport with him. He’s a brilliant writer who likes writers. I knew from that initial conversation that the Cody/Cassie books would be in excellent hands.

And when it comes to a Joe Pickett series… there will be big news on that this winter. I’m excited. But I have an agreement with the people in charge that I won’t spill the beans until they make the official announcement.

MB: As an Executive Producer on Big Sky, you were probably consulted on some of the decisions David E. Kelly made to expand the original story in certain directions… Can you share an example of a story point you may have helped him resolve?

CJB: I really can’t. David shared the original pilot script with me and I thought it was brilliant. In fact, it scared me when I read it even though I knew what was going to happen. There were a couple of items in it I pointed out and he revised those items.

Article continues after advertisement
Changes are going to be made. It’s the difference between rowing a boat solo and going on a giant cruise ship.

I’m very aware of the differences between writing a novel where I can control everything and turning that novel over to a large team of producers, writers, actors, crew, network executives, and so on. Changes are going to be made. It’s the difference between rowing a boat solo and going on a giant cruise ship. What I hope is that the series is as good as I think it will be and that it’ll drive readers to check out the books. In fact, that’s already happening.

I’m not involved in the day-to-day shooting at all. I couldn’t be even if I wanted to, because the series is being shot in Canada and because of the pandemic I can’t visit the set.

My involvement is pretty major, though—I provided the source material!

MB: If Big Sky does well for ABC, has Kelly indicated to you which Cassie Dewell novel he’d like to designate for his next adaptation?

CJB:  We’ve talked about it. David has purchased all of the Cassie Dewell novels to adapt. There will be elements of at least two of them in the initial season of Big Sky. Where it goes from there I don’t yet know.

MB: 2020 marks your 20th anniversary as a published author. For more than a decade you’ve been on the national bestseller lists every single year—sometimes twice in one year. What are your hopes for the Joe Pickett and Cassie Dewell series over the next ten years?

CJB: Honestly, I hope all of the books continue to sell as robustly as they have. I’m pleased to say that all 27 novels are still in print and each new book outsells the last. I like that trend.

But I never think any further ahead than the next book. I feel that, when authors do that, they withhold things in the current novel they’re writing—which I don’t think is fair to the reader. So I try to write each novel as if it’s a stand-alone and that, when it’s complete, I’ll come up with the next one.

The Evolution of Espionage Fiction

1 She is lost, and he must find her, but she leaves no trail, no footprints or spoor of any kind, and the way is dark, for she has gone...
© LitHub
Back to top