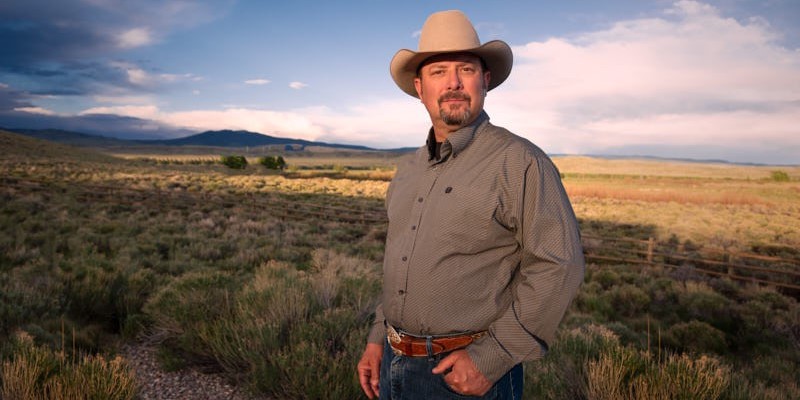 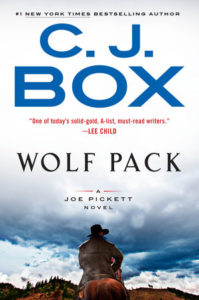 On this side of every year, we see a new Joe Pickett novel, the latest installment in C.J. Box’s long-running crime series starring the stand-up Wyoming game warden. To read a Pickett novel is to be immersed in the contemporary American West, a place where the past and the future butt heads, where mining is challenged by renewable energy like an old sheriff in the face of a new reign. It’s a place of astounding natural beauty, of vast plains and soaring mountains, and when you read C.J. Box, you feel like you’re there, struggling and surviving through the harsh cold and the glorious spring, your hopes and dreams caught up in a landscape both severe and serene. Through Joe Pickett, we travel through the territory, seeing for ourselves the relationship between tradition and technology, culture and responsibility. And with a clear-eyed guide like Box at the wheel (or the reins), we can count on an honest and astute window into a region at the crossroads of some of the most pressing issues of our time.

In this season’s Wolf Pack, Joe Pickett teams up with Katelyn Hamm, a female game warden (inspired by one of the only real-life women wardens in Wyoming) to get to the bottom of a mysterious drone killing wildlife on his parkland.

Camille LeBlanc: Joe Pickett is not your typical thriller protagonist. He’s not brooding, angsty, or prone to vices; his interior world is not in shambles. He’s nearly the opposite: reasonable, fairly happy-go-lucky, a dedicated family man. You’ve said he “doesn’t enter every fight with an agenda other than to do the right thing.” In a genre that so often highlights the antihero and capitalizes on a character’s inner-conflicts, how do you strike a balance between relatability and intrigue, creating tension without losing interest with an everyman at the heart of the action?

C.J. Box: Although it might be counterintuitive, I think that there is often greater tension on the page when the protagonist isn’t “brooding or angsty.” If the reader can empathize with the character as fairly normal, it opens up scenarios where things can go terribly wrong. Joe Pickett screws up from time to time and I think that makes him more human.

Wolf Pack is a bit of a departure from the preceding Joe Pickett books, and weaves together so many different elements, including the FBI, the DOJ, drones, the federal witness protection program, and the Sinaloa Cartel. How did you come to include all these forces?

I start each book with a contemporary theme or controversy and add elements that propel the story. Often, several storylines interest me at once and I try to figure out how to weave them into the novel. I love doing research on topics that interest me and connections seem to get made while I do that.

A major theme in Wolf Pack deals with technology versus nature. In fact, when the story opens, a wildlife-harassing drone is the enemy, and you do an incredible job of turning an inanimate object into a villain. What first drew you to that kind of story?

State game and fish departments (and ethical hunters) have been confronted with a new phenomenon in recent years: the use of drone technology to locate, harass, and “herd” wildlife for unscrupulous hunters. Many states have passed laws against it, but stories abound of drones hovering over deer and elk herds. In Wolf Pack, a drone is seen harassing deer and elk on a winter feed ground. A female game warden in the district next to Joe Pickett asks Joe to help her find the pilot and the investigation leads to a much bigger problem when federal agents step forward to thwart the case before it can be prosecuted.

Tell me about Katelyn Hamm, if you will. Of the 50 game wardens in the state of Wyoming, she’s one of four women. She’s also the first character we meet, the first to witness the drone that’s terrorizing a herd of mule deer, and the first to begin investigating the malfeasance. How did this character come to be?

There are several female game wardens in Wyoming, and I was able to go on a very interesting ride-along with one of them named Kim Olsen. I kept Kim in mind when I wrote the book and it was interesting to find out how being a female game warden has its own set of challenges and expectations.

Why do you think Joe’s perspective—his relationship with the land, his duty, his family—resonates so strongly with so many readers?

My favorite books (and authors) have something in common in that they deliver a great sense of place. If it’s done right, I often feel like I’ve travelled to the location of the novel because the author was able to portray it so well. I try to do the same with Joe’s State of Wyoming, i.e. what it looks like, smells like, what the weather is like and so on. I also think Joe’s very strong bonds with his family make the series unique and, I hope, honest.

Your books are both regional, existing in a specific space and heavily influenced by the land, while exploring issues that are international—natural resources, endangered species, environmental concerns. How do you write stories that are both hyper-specific as well as far-reaching?

What I’ve learned over the years to my surprise is that issues and situations I consider very local often turn out to have resonance in many other places or countries.

What I’ve learned over the years to my surprise is that issues and situations I consider very local often turn out to have resonance in many other places or countries. Also, because Wyoming is so rural and so wild, many resource-based and environmental controversies tend to start here and spread out.

Joe Pickett is extremely independent—a lone wolf—and when he’s not getting caught up in injustices that he can’t look away from, he’s somewhere between the mountains and the plains, alone in his pickup truck, looking out at the vast stretch of land. Do you think the isolation of the American west breeds independence?

Yes, it has to in many aspects. Because of the isolation, most of the people in my little community hunt for meat, fix their own cars, and figure out how to do things themselves that people in more populous locations would pay others to do for them. That independence can be taken to extremes, of course, but it harkens back to the cowboy mythos. Game wardens in Wyoming have districts that are as large as 3,000 square miles and they patrol without readily-available backup. He has to operate independently. 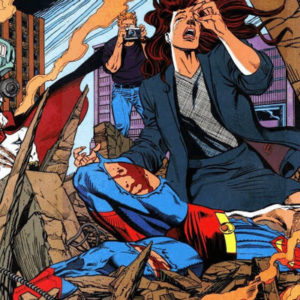 “Let’s just kill him” —Jerry Ordway In the early 1990s, Superman was experiencing the sort of impotency that...
© LitHub
Back to top