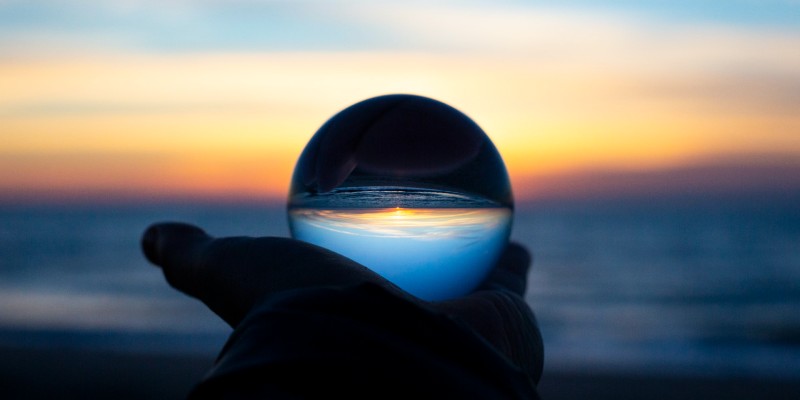 Novelists are not prophets or psychics, clairvoyants or descendants of Nostradamus.

They are not supposed to be, at least.

But over the years, some  have seemed pretty damn close.

Dean Koontz once wrote a thriller called, The Eyes of Darkness, which predicted a global pandemic started by a lethal virus called the “Wuhan-400,”  originating in Wuhan, China.

True, in the original edition published in 1981, the virus was produced in the Soviet Union and it was called the “Gorki-400.” In 1989, after the fall of the Berlin Wall, Koontz put out a new edition in which he changed the villain to the Communist Chinese government.

Plenty of naysayers say Koontz didn’t get it exactly right—but who cares? The similarities between his novel and real life are eerily close. The novel provided a chilling foreshadowing of the COVID-19 pandemic.

In 1994, Tom Clancy wrote a thriller called, Debt of Honor, in which a commercial airline pilot flies a jumbo jet on a suicide mission into Washington, D.C., seeming to predict by seven years the al Qaeda attack on September 11, 2001.

And Clancy’s fictional pilot was Japanese, not Middle Eastern.

But who cares? For a former insurance salesman with no military or intelligence training, Debt of Honor was prescient, indeed.

The main character in the novel, Johnny Smith, has a psychic vision that Stillson is going to run for president of the United States in the future, win, and wreak havoc on the nation and the world.

The novel was turned into a film in 1983, in which Martin Sheen played Stillson.

Many of King’s fans say the novelist was predicting the rise of Donald J. Trump. King has told fans that he thought the Trump presidency was “scarier” than one of his novels.

“I was sort of convinced that it was possible that a politician would arise who was so outside the mainstream and so willing to say anything that he would capture the imaginations of the American people,” King said in one interview.

“They take him as a joke at first because he has these rallies and he throws hot dogs into the crowd and says, ‘When Greg Stillson is elected, you’re going to say hot dog! We’ve got a real mover and shaker at last!’—crazy stuff, that nobody would possibly believe, or so we thought until Donald Trump came along,” King said.

For some King fans, lines he wrote about Stillson read like prophecies of a coming Trump presidency.

In his classic dystopian thriller, 1984, George Orwell famously predicted all kinds of future technologies that have actually come to pass.

My own career as a novelist was launched by seeming to predict the future.

In January of 2001, after working for various political leaders in Washington, I began trying my hand at writing my first political thriller.

It was called The Last Jihad. The first page put readers inside the cockpit of a hijacked plane coming in on a kamikaze attack into an American city. While Clancy had envisioned a Japanese pilot, I thought it was far more likely that radical Islamists would use such tactics today, and to my knowledge, The Last Jihad was the first such novel to envision actors from the Middle East making such an attack.

The city in my thriller happened to be Denver, not New York or Washington. The plane happened to be a Gulfstream IV business jet, not a 757 commercial airliner.

Still, it did feel crazy close to reality.

What’s more, in the aftermath of the attack, my fictional American president not only declares war on terror cells throughout the Middle East and North Africa, he also decides to deploy the U.S. military to remove Saddam Hussein from power. Why? Because he fears the historic connection between Saddam and terrorism and weapons of mass destruction, and that Saddam might eventually use WMD against the U.S., Israel and our allies.

I was finishing the manuscript on the morning of September 11, 2001. I was actually in the process of writing the final chapters in the townhouse where Lynn and I and our kids lived at the time, about 15 minutes away from Washington Dulles Airport, where at that moment Flight 77 was being hijacked, flown over our house, and into the Pentagon.

When The Last Jihad was finally published in November 2002, the American people and their leaders were in a ferocious debate over whether the real President of the United States—George W. Bush—should actually send U.S. forces to war in Iraq to remove Saddam Hussein from power because of the feared connection between Saddam, terrorism and WMD.

Though I was an unknown, first-time author, the book surged to #1 on Amazon. It spent eleven weeks on the New York Times best-seller list. I was interviewed on 160 radio and TV shows and for various newspapers and magazines.

I’ll tell you what I told them at the time. I wasn’t trying to predict the future. I was simply trying to write a compelling first political thriller that felt “ripped from tomorrow’s headlines.” What made my story so realistic was that I had worked for a former Israeli prime minister. I had spent a good deal of time talking to Middle East experts, military generals, and intelligence analysts. I had looked for a plot that was chillingly plausible.

Let me say it again: novelists are not prophets or psychics, clairvoyants or descendants of Nostradamus. We’re not supposed to be, at least. But it’s true that over the years, some of us have gotten a little too close for comfort. 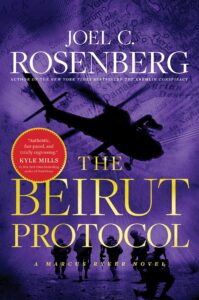 Joel C. Rosenberg is a dual U.S.-Israel novelist living in Jerusalem with some 5 million copies of his books in print. His forthcoming political thriller The Beirut Protocol,  releases in March. 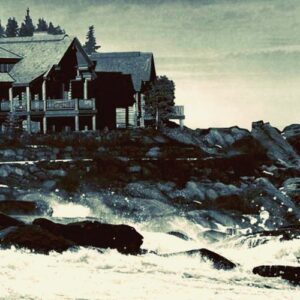 Another week, another batch of books for your TBR pile. Happy reading, folks. * Alma Katsu, Red Widow (Putnam) “Katsu,...
© LitHub
Back to top