On Crowdsourcing the Righting of Wrongs, and Solving Cold Cases

In October 2014, my Facebook feed filled with mentions of a podcast called Serial. I was traveling abroad at the time, and so, while I watched the posts with interest and curiosity, I didn’t download the podcast myself until I returned to the United States later that month. By then, the podcast was an undeniable smash hit. It had reached number one on the iTunes chart before even being released, and it had broken a record for the fastest podcast to reach five million downloads in the iTunes store.

Like most listeners, I was a convert before I even finished listening to the first episode: co-creators and co-producers Sarah Koenig and Julie Snyder had made a fascinating piece of investigative journalism. More than that, the subject matter—the 1999 murder of Baltimore teenager Hae Min Lee and the subsequent conviction of her classmate and former boyfriend Adnan Syed—made for a complex, heartbreaking, and undeniably compelling story. After I mainlined all the existing episodes and devoured the supporting materials on the website, I found myself searching for articles on the podcast and the case. I began scouring Twitter for related hashtags. I started hanging around the dedicated subreddits, where I soon discovered countless other listeners who were just as invested as I was—if not more so.

But despite the hundreds of threads I read on Serial and the underlying case, I can’t remember seeing a single instance of someone questioning what we—this self-anointed band of armchair investigators—was doing with all our “research.” It wasn’t until I caught myself conducting a Google image search for one of the interviewees that I realized I had lost sight of the fact that this wasn’t just a story, that this was a very real tragedy for some very real people. And I was horrified. While I reassured myself millions of other people were also listening to Serial—many of whom were also viewing it as an intriguing murder mystery, as evidenced by the tweets and discussion threads I had read, and the many think pieces and social media posts I had seen—I couldn’t decide whether that made me feel better or worse.

Of course Serial is hardly the first true crime story to capture the public’s interest. There’s no shortage of true crime for us to consume. But what is driving our appetite for them? Is our interest in true crime a form of rubbernecking, evidence of our lack of empathy? Or is there another explanation for our collective interest in true crime other than that we’re a bunch of irredeemable ghouls?

Personally, I hope that one reason we are so interested in true crime is our collective anger over escaped punishment. It offends our sense of justice. We want to believe that we live in a world where justice will prevail, where right will ultimately triumph over wrong. At least a portion of our interest in unsolved—or, as in the cases presented in Serial and Netflix’s hit series Making a Murderer, possibly unsatisfactorily solved—true crime stories arises from our need to seek justice on behalf of the victims.

It’s certainly one of the reasons behind my own interest in true crime, which dates back to the early 1990s when I first read about Lizzie Borden. My memory insists I first encountered her in a book called Southern Fried Rat and Other Gruesome Tales, but it may have been a different paperback in the same genre I found at the public library. Despite the title, it wasn’t the gruesomeness of the crime that piqued my interest. Rather, it was the near certainty that Lizzie Borden got away with murder that captivated me—and I think of the reasons why the deaths of Andrew and Abby Borden are still discussed today.

Similarly, Jon Benet Ramsey’s murder is still a hotly debated topic even today, more than 20 years later. I think it’s our sense of injustice that keeps her face on magazine covers and her death the subject of frequent documentaries, articles, and online speculation—we’re collectively outraged that no one has been made to answer for her death, that she remains unavenged.

This same sentiment spills over into less famous cases as well. For example, among the many threads on Websleuths (an online community of armchair detectives), there’s one dedicated to a woman known only as Walker County Jane Doe. Her body was found alongside the highway in Walker County, Texas, on November 1, 1980, and she has never been identified, her killer never caught. Yet more than 35 years after her death, strangers on the internet remain actively discussing evidence and searching for leads, even creating new facial reconstructions, in the hope that someday they will be able to identify her and thus figure out who killed her.

It seems unlikely that Walker County Jane Doe’s murderer will ever be brought to justice, but the interest generated by true crime stories has, in some cases, led—or at least begun to lead—to righting certain wrongs. One example is the 2005 disappearance of Georgia teacher and former beauty queen Tara Grinstead, a case that was considered cold. In 2016, documentarian Payne Lindsey began investigating the disappearance for his podcast Up and Vanished, and the interest in the podcast may have contributed to the receipt of a new lead, which ultimately led to the arrest earlier this year of two individuals in connection with Tara’s death.

The victims aren’t always the only ones that need justice, as revealed in the stories presented in Serial and Making a Murderer. The attention that Serial brought to Adnan Syed’s case—in particular his alibi witness, and the effectiveness of his counsel—undoubtedly helped lead to his conviction being overturned last year and a new trial ordered. The prosecution has appealed, and arguments were heard earlier this summer. Similarly, the bright light that Making a Murderer shone on the interrogation and arrest of Brendan Dassey, Steven Avery’s nephew, assisted in getting his conviction overturned and a new trial ordered. Like in Syed’s case, the prosecution appealed this judgment, but order was upheld by the Seventh Circuit Court of Appeals. Even while both cases are currently quiet, awaiting further legal maneuvering—Syed awaiting the judgment of the appeals court, Dassey waiting to see whether a new trial date will be set or the Seventh Circuit’s decision appealed—the public fascination with them continues in the form of articles, posts, and online discussion.

But a desire for justice can’t be the only reason we’re interested in true crime cases. After all, the case that inspired In Cold Blood, Truman Capote’s classic 1966 “true crime novel,” was solved within weeks and the accused were tried and convicted while Capote worked on the book; the convicted murderers were hanged before the book was published. The application of justice there was never in doubt, and still millions of people have read In Cold Blood, so there must be more to the appeal of true crime.

Thinking back to my own interest in the Lizzie Borden case, I’m reminded of how much I wanted to know what had happened. Given the evidence against her, many are comfortable with the conclusion that Lizzie Borden committed the crime, but we will never know why. There are plenty of theories—most of which center around the strange dynamics of the Borden family—but the truth remains a mystery. A person can study every aspect of the case and still never know what drove Lizzie Borden to murder. What was she thinking in the moment that she reached for the hatchet?

These are the sorts of questions that draw people to true crime stories. We want to know what happened, and, most importantly, why. We need a reason to help make sense of it, to make ourselves feel safe. Crime without reason—thrill kills and other totally random crimes—are often the most terrifying to us because there’s no way to protect ourselves from it. If instead we’re able to identify the why behind the crime, we can comfort ourselves that the same thing would never happen to us because x-reason. This sounds like victim-blaming, but it’s not quite the same—rather than identifying what the victim did to “deserve” it, we’re finding the small things that differentiate us from the victim. We don’t jog, for example, so we would never be abducted while jogging; we don’t work in retail, so we would never find ourselves in a situation where we would be closing a store alone.

It’s a false reassurance, though, as anyone who spends any time with true crime stories can tell you. Bad things can happen anywhere. We don’t know what the person on the train platform beside us is thinking, or the personal histories of our fellow car-share passengers. But that doesn’t stop us from reading true crime stories, seeking to distinguish ourselves.

A recent question on the Unresolved Mysteries subreddit asked users what they do differently after reading about crime. The examples given by many users were things like refusing to open the door for strangers, keeping the curtains drawn, and locking the car doors as soon as getting inside. But one user said that what she has learned is that it can happen to anyone—you can do everything right and still fall victim. What she’s learned, she said, is empathy.

And so maybe we read and listen to true crime stories, from In Cold Blood to Serial to Making a Murderer, because we want to see justice prevail, innocent victims be avenged, and because we are interested in our fellow humans, wanting to understand them, to feel for them, and ultimately to see their stories told.

Maybe one of the deepest reasons we are interested in true crime stories isn’t because we lack empathy; it’s because we have it.

Kathleen Barber’s Are You Sleeping is available now from Simon & Schuster.

Kathleen Barber was raised in Galesburg, Illinois. She graduated from the University of Illinois and Northwestern University School of Law, and previously practiced bankruptcy law at large firms in Chicago and New York. When she’s not writing, Kathleen enjoys traveling the world with her husband. Her debut novel ARE YOU SLEEPING is out August 2017 from Gallery Books, at Simon & Schuster.

The Night I Spent in Lizzie Borden's House 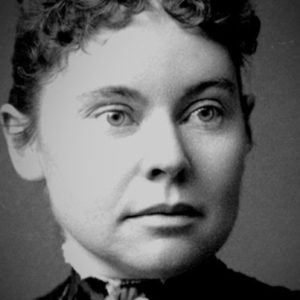 The Night I Spent in Lizzie Borden's House

When I was five I saw one man’s version of love. This turned me into a writer. When my mother had an asthma attack in the middle...
© LitHub
Back to top