Crime and the City visits Cape Town, a city of contrasts with a turbulent history.

This is Crime and the City’s second trip to the Republic of South Africa. Last time we dropped in on the crime writing of Johannesburg, in the north of the country. This time it’s Cape Town, way down south, South Africa’s second most populous city (after Jo’Burg), the largest city of the Western Cape province, and a coastal town on the Atlantic with the imposing Table Mountain behind. Cape Town sits at the same latitude as Sydney and Los Angeles, hence it’s pleasant year-round climate. It’s become the cool urban centre of South Africa, an artistic hub, a foodie’s delight. And there’s plenty of good local crime fiction too.

Let’s start with Deon Meyer, a South African thriller novelist from the Western Cape who writes in Afrikaans. His books have been translated into more than twenty languages and he has also written numerous scripts for television and film. Meyer’s Benny Griessel series follows a Detective Inspector in Cape Town. In the first book in the series, Devil’s Peak (2007), Griessel is a policeman on the brink of losing his job, family and self-respect. But when a former apartheid-era freedom fighter’s son is murdered Griseel gets the case nobody wants—corruption, old ghosts, having to delve back into South Africa’s bad old days. Both the detective’s career and the safety of Cape Town are on the line.

The Benny Griessel series is now seven books. Thirteen Hours (2010) looks at the dark side of street crime and the young backpackers that are drawn to the seemingly laid back coolness of Cape Town; Seven Days (2012) looks at rich, connected Cape Town high society; Cobra (2014) looks at some of the slightly sketchy characters that come to Cape Town to reinvent themselves on the southern top of the African continent; Icarus (2015) is set in Cape Town’s booming tech sector; The Woman in the Blue Cloak (2018) is a novella set in the hills around Cape Town; and The Last Hunt (2019) sees Benny Griessel (now trying to dry out from alcoholism) looking into an ex-Cape Town cop’s death.

A more noir Cape Town appears in HJ Golakai’s Vee Johnson series. Vee is a newspaper reporter and Cape Town’s most feisty female investigator. In The Lazarus Effect (2011) Vee and her new assistant Chlöe Bishop investigate the disappearance of seventeen-year-old Jacqueline Paulsen into the underbelly of Cape Town. Vee and Chlöe return in The Score (2015) with an investigation in the sleepy Western Cape ostrich-farming town of Oudtshoorn and a murder that looks like it might have its roots back in the pre-Rainbow Nation days. Hawa Jande (HJ) Golakai is from Liberia, though she lived in South Africa for many years after the First Liberian Civil War and attended the University of Cape Town.

Mike Nicol has been called ‘South Africa’s Elmore Leonard’, which surely makes him worth paying attention to. Nicol’s Revenge Trilogy features ex-gun runners Mace Bishop and Pylon Buso who run a security agency, protecting wealthy tourists from the violence on Cape Town’s streets while hoping their own shady pasts won’t catch up with them. In Payback (2010) the pair are trying to enjoy a life of relaxation on the Cape but inevitably their pasts do catch them up—involving a threat from an Islamist terror organization. In the second book in the trilogy, Killer Country (2011), Mace and Pylon try to invest some dirty money in a lucrative property deal to ensure their early retirement, but they end up on the wrong side of corrupt politician Obed Chocho and Spitz, a ruthless hitman. Finally in Black Heart (2012) Mace and Pylon get two troublesome jobs—providing security to a wealthy Native American couple looking to invest in a Cape Town casino development, and a German weapons scientist on the run from a gang of Eastern European thugs and hoping to hide out in the Western Cape.

One more Cape Town series from Margie Orford. Dr. Clare Hart is a journalist and part-time police profiler in the city. In Like Clockwork (2014) she is faced with a serial killer hiding amid the city’s street gangs and people trafficking rings. After a trip to the Namib Desert in book two Blood Rose (2014), Hart returns to Cape Town to search for missing girls in Daddy’s Girl (2014). In Gallow’s Hill (2014) Dr Hart is summoned to investigate a building site where hundreds of centuries-old skeletons have been found beneath Gallows Hill, once Cape Town’s notorious execution grounds. The series ends with Water Music (2015) where a friend of Hart’s appeals for her help after her daughter, a gifted cellist, joins a religious cult with dark undertones.

And finally, though not strictly all Cape Town, the recently published novel from BBC news presenter George Alagiah, The Burning Land (2019), has been highly praised. Alagiah was first based in South Africa for the BBC in the early 1980s, later returning as the Corporation’s lead South Africa correspondent. He interviewed Nelson Mandela and Bishop Desmond Tutu multiple times. The Burning Land is a political thriller where South Africa has become a powder keg. Its land is being sold off to the highest bidders while the country’s corrupt elite pocket the profits. Then one of the country’s bright young hopes for change is murdered. Conflict mediator Lindi returns home to South Africa, reunites with her childhood friend Kagiso and together they try to solve the killing and defuse the building tensions.

There’s a theme in contemporary Cape Town crime fiction. Sure Cape Town is now a cool city—hipster bars, rated eateries, art, music, design, the seemingly best example of the Rainbow Nation of South Africa. But like every wannabe paradise there’s a dark side not far away, just around the corner. 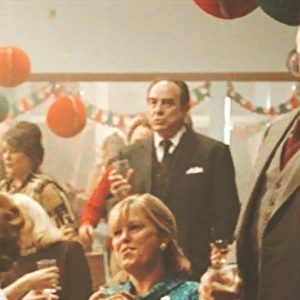 Let me just begin this appreciation by stating fervently and for the record that I consider Tinker, Tailor, Soldier, Spy (2011),...
© LitHub
Back to top