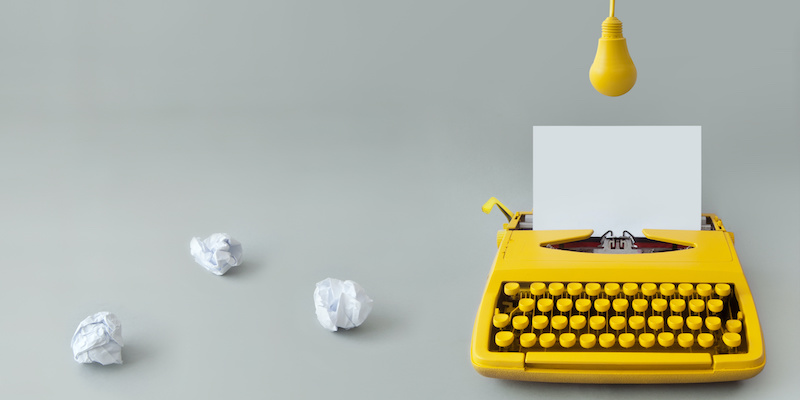 "Looking back on the past year of interviews, here are seven things I've learned from these amazing writers."

I began hosting my podcast Making It Up because I’m fascinated with the origin stories of other writers. In planning my show, I knew I didn’t want to interview authors and simply ask the standard stock questions. Rather, I wanted to have free-flowing conversations and hear about the experiences of other writers on their own terms. I would prepare no questions (which, okay, is more lazy than strategy). My goal was to treat each guest like I just met them at cocktail party, pulled them into a corner, and listened to them with all my focus, asking questions only as a reaction to what they were saying.

Fifty-plus conversations later, this strategy is working well. I’ve had deep and personal conversations with writers of all backgrounds (fiction, non-fiction, journalists, poets, etc), and through the style of the show I’ve unearthed some amazing nuggets of wisdom, truth, heartbreak, triumph, and intense vulnerability. The end result is a collection of conversations that have allowed me to grow as a person. Conversations that have made me self-reflective and curious about my own life as a writer.

Looking back on the past year of interviews, here are seven things I’ve learned from these amazing writers.

New York Times bestselling author Mark Sullivan told me about having an epiphany making him question the gender of his protagonist. Once the idea of changing his character from male to female took hold of his brain, the entire story opened up to him.

What I Learned: The key to fiction writing is empathy, the ability to embody someone else’s viewpoint. But none of us can attach the same level of empathy evenly. Sometimes it takes a shift in our perspective to realize we simply empathize more with some than others, and that’s okay. In searching for the right protagonist to tell your story, don’t be afraid to find the voice that you most relate to, even if it’s someone you never would have expected.

Maureen Johnson, the #1 New York Times bestselling young-adult author, recanted her teenage years at a Catholic boarding school (as a non-Catholic). Her stories were bizarre, hilarious, maddening, and deeply personal.

What I learned:  Our childhood never escapes us, and it digs grooves into our psyche and personality that often we can’t even see. One of the beautiful things about writing is the ability to embrace your past, play off your own experiences, and explore your own history through the safe space of fictional characters. Novelists should write first and foremost for themselves and not the market, and by doing so can unearth a form of therapy that will, if all goes well, also appeal to the masses.

You’ve heard of S.A. Cosby? I thought so. A few years ago, I remember talking to him at a writers’ conference and chatting casually about our careers. When I interviewed him recently (he’s now a BIG fucking deal, by the way), he went into detail about the sheer number of rejections he piled up on the way to becoming a bestselling author.

Here’s something I hear and experience A LOT, and beautifully related to me by novelist Amanda Kabak. The dreaded first draft. That big pile of steaming crap weighing in at 90,000 words, of which 89,000 are terrible. A novelist loves themselves through Act One, feels creeping doubt mid-way through Act Two, and is quite prepared to drink Drano by the end of the book.

What I Learned: Just get it done. Look, writing is hard. Don’t strive for perfection with your first draft, just write it. We’ve sent folks to the fucking moon and all they did was pick up some rocks and plant a flag. The hard part is GETTING THERE. Once you get past the milestone, editing will make it better. So many writers stop themselves because they get in their own way and never finish that terrible first draft. ALL first drafts are terrible. Once you realize that, writing becomes a helluva lot easier. The book comes alive in editing.

On Finding an Anchor

Wall St. Journal bestselling author Matthew FitzSimmons struggled with writing for years, and when it didn’t pan out, he turned to alcohol. After years of drinking and finally hitting bottom, he vowed to quit boozing and start writing again. He told me how writing a novel after becoming sober become his focus, his anchor, something that gave him control. That novel ended up launching his career.

What I Learned: You can work your ass off as a writer, do all the correct things, and still never sell anything to a publisher. If you write because you’re looking to make money, you’re doing it wrong. Writing has to be meaningful to you, fill a hole in your life, give you purpose. If the stars align, you’ll make money. But storytelling, first and foremost, should be about you, and no one else.

Novelist and screenwriter Gabrielle St. George and I talked about reviews. Do you read them? Do you ignore them? Does a bad review ruin your day? She recounted reading reviews for her first book and being pleasantly surprised that she felt very little emotion about both the good and bad reviews, and that allowed her to absorb the information without taking it personally.

What I Learned: Are you a novelist with a published book? Congratulations, you’ve produced a commodity. And as a commodity-producer, you want strong sales and should have an open mind about feedback regarding your product. No, that doesn’t mean you should change how you write based on reviews, but if EVERYONE hated the ending of your book, is that not useful information to consider as you delve into your next novel? I know I said the storytelling should first and foremost be about you, the writer—and it should—but be open-minded when it comes to your audience. Readers are beautiful creatures and should hold your attention and respect as long as doing so doesn’t make you untrue to yourself.

I named my show Making It Up for two reasons. One, I really don’t prepare for my conversations (yeah, I know). Two, at the end of each show, my guest and I make up a short story beginning with a random sentence from a random book. It’s scary and exciting every time for me. When I did the improv storytelling with Stu Turton (The 7 1/2 Deaths of Evelyn Hardcastle), I think I got a little high.

What I Learned: Stu and I made up this rather bizarre maritime mystery based on a random sentence from David Robbins’ The War of the Rats. As we were crafting it in real time, I felt a lovely adrenaline rush. I could picture the unfolding scene perfectly in my mind, and I could sense we were leading each other to the same conclusion. I realized in that moment that this is why I love writing. The not-knowing-the-big-picture, but the gradual unfolding of it all. In that moment I knew I wasn’t just a writer. I was a storyteller. 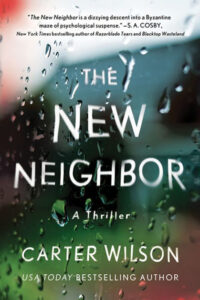 Carter Wilson is the USA Today bestselling author of eight critically acclaimed, standalone psychological thrillers (most recently, THE NEW NEIGHBOR), as well as numerous short stories. He is an ITW Thriller Award finalist, a four-time winner of the Colorado Book Award, and his works have been optioned for television and film. Carter lives in Erie, Colorado in a Victorian house that is spooky but isn’t haunted…yet. 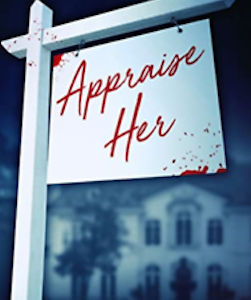 The woman with whom I’d spent most of my morning is the third story on the evening news. She’s behind the black smoke...
© LitHub
Back to top