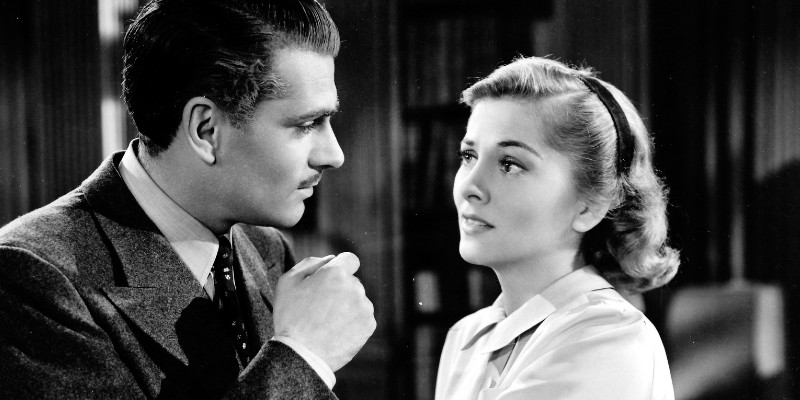 In the great tradition of du Maurier, these books are all about power, deception, and control.

When I had the idea to write a novel about coercive control set in a time before anybody knew what it was, I turned to some of my favourite novels for inspiration. While rereading them, making mental notes on unreliable narrators, atmosphere and the skilful basket-weave of uncertainty that permeated the plots, I realised that I myself had read most of these novels without knowing what coercive control was. A form of domestic abuse – in some ways the very dark heart of it – coercive control was only made a crime in the UK in 2015. I was 26 years old at the time, and it was the first I’d heard of it. It was not, however, my first experience of it. I realised coercive control and I were already acquainted thanks to a lifelong hobby of reading.

In all these novels there is the sense of unease and slow-burning menace we love in fiction, but would run a mile from in real life. Fiction is a safe space from which to observe the bad guy, look for clues and let the evidence stack up. But when mind games, not violence, are the order of the day, things can get a little more murky. Some of my favourite novels have ambiguous endings that leave you with more questions than answers, that make you want to turn right back to page one. Power, control and deception aren’t just plot devices: they’re part of the reader experience. 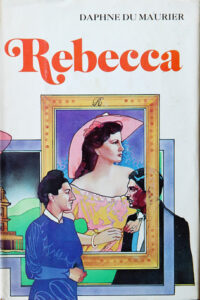 ‘Last night I dreamt I went to Manderley again.’ In the novel that begins with one of the most famous first lines of all time, our nameless narrator meet and marries the enigmatic widow Max de Winter after a whirlwind courtship in Monte Carlo. Embarking on life as the mistress at the gothic Cornish mansion Manderley, the servants do not accept the second Mrs de Winter, who begins to feel more haunted by the day by her predecessor. As Max becomes more withdrawn and less tolerable of her childish quirks, the walls start to close in as she realises Rebecca might be buried, but she is far from dead. Du Maurier wrote that she was aiming for ‘slow-burning menace’ with this, her breakout novel, which doesn’t let up its simmering, sinister atmosphere from open to close, and remains the ultimate masterclass of a portrait of a young woman driven mad by love and fear. 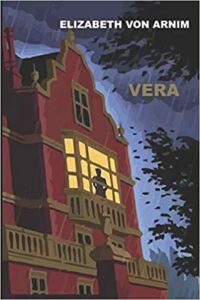 Based on von Arnim’s disastrous second marriage, Vera is one of the most powerful and frightening depictions of narcissism I’ve ever read. Published in the 1920s, it’s said to be Du Maurier’s inspiration for Rebecca, and many parallels can be drawn between the two, from the sun-soaked opening setting to the shotgun wedding and subsequent loneliness as the mistress of a vast house. Naive and grieving after the sudden death of her father, 20-something Lucy Entwistle is swept off her feet by Everard Wemyss, a widow 20 years her senior who she meets on holiday. Persuaded into marriage, she moves into his country house, The Willows, where a portrait of his first wife looms large. What follows is an onslaught of manipulation, possessive behaviour, cruelty and control disguised as love, that is still as relevant today as it was 100 years ago. 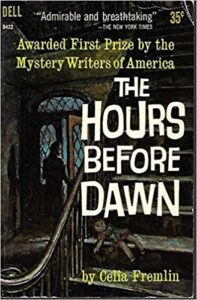 The Hours Before Dawn, by Celia Fremlin

Louise would give anything for a good night’s sleep. With two small children, a husband who spends his life at the office, a lodger named Mrs Brandon and a baby who will not stop crying, Louise’s life is all too relatable – which might come as a surprise to some, as this novel was written in the 1950s. Tortured by months of sleep deprivation, Louise turns her blurry-eyed attention to Mrs Brandon, a mysterious, middle-aged figure who spends all day in her room – or does she? Why does Louise feel as though she’s always being watched, followed, judged? The sense of slowly mounting dread increases as Louise battles with inviting a complete stranger into her home. I loved this novel for its shifting loyalties – is Louise on to something or is she just paranoid? It’s all the more tense for the suburban setting, and the sense of claustrophobia of new motherhood. 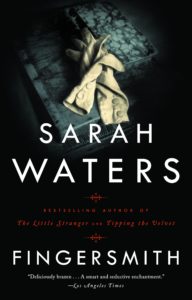 I first took this out from the library age 16, and reading it was a full-sensory experience: it started my love affair with Sarah Waters and since then I’ve read it every few years. In Victorian London, Susan Trinder lives in the salubrious Borough with a band of petty criminals. She agrees to take part in a dodgy deal to cheat an heiress out of her inheritance, and moves to Berkshire to pose as lady’s maid to the victim, orphan Maud Lilly, whose creepy uncle is compiling a pornographic dictionary. Deception is at the very heart of this novel, and the tension mounts when Susan and Maud fall in love. But just as you think you have the measure of the plot, it pulls the rug from under you and has you frantically flipping backwards in disbelief. With its masterly pace, shocking twist and memorable Dickensian characters, Fingersmith is cunning, clever and a cracking good yarn. 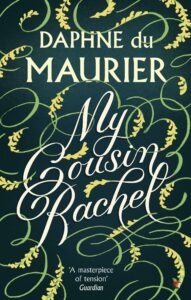 It might be cheating to have two Du Mauriers in one list, but I couldn’t possibly choose between Rebecca and Rachel, the twin sisters of suspense. Plus, this novel planted the seed for Mrs England: large, isolated house, young ingenue, worldly, ambiguous older woman who may or may not be all she seems. When Philip Ashley’s cousin Ambrose passes away in Italy in mysterious circumstances, Philip automatically turns the blame on Ambrose’s brand-new English wife, Rachel. But then Rachel comes to stake her claim in the house in Cornwall, and Philip finds himself drawn inexplicably towards her. Rachel is a contradiction: withdrawn yet enigmatic, guarded yet persuasive, and a lot of fun to read. She was the inspiration for Lilian England in Mrs England, who you never really feel you are getting to know, who holds so much of herself just out of reach. 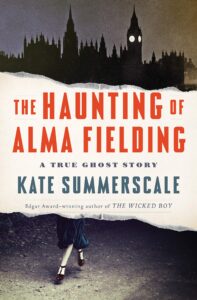 The Haunting of Alma Fielding, by Kate Summerscale

Part biography, part mystery, part social history from the author of The Suspicions of Mr. Whicher, this is an account of a real-life ‘haunting’ in 1930s English suburbia. Alma Fielding is a young housewife and mother, who reports paranormal activity to the International Institute for Psychical Research. All your standard poltergeist activity is present: doors slamming, objects floating, radios smashing. But as Fielding develops a close relationship with chief research officer Nandor Fodor, the supernatural encounters crank up a notch until she is producing terrapins from beneath her skirt and finding stolen jewels on her fingers. Fodor’s attempts to control the environment, the setting and ultimately the woman (including a demeaning strip search) are fruitless, as Fielding refuses to give up the ghost. While not in the traditional vein of suspenseful historical fiction, this is a sensitive portrayal of the powerlessness of women in the early 20th century. 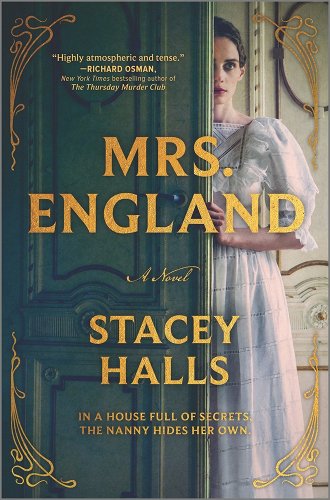 Stacey Halls was born in Lancashire and worked as a journalist before her debut, The Familiars, was published in 2019. The Familiars was the bestselling debut hardback novel of that year, won a Betty Trask Award and was shortlisted for the British Book Awards' Debut Book of the Year. The Foundling, her second novel, was also a Sunday Times top ten bestseller. Mrs. England is her third novel. 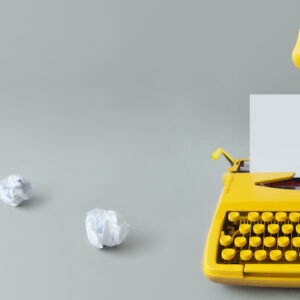 I began hosting my podcast Making It Up because I'm fascinated with the origin stories of other writers. In planning my show,...
© LitHub
Back to top