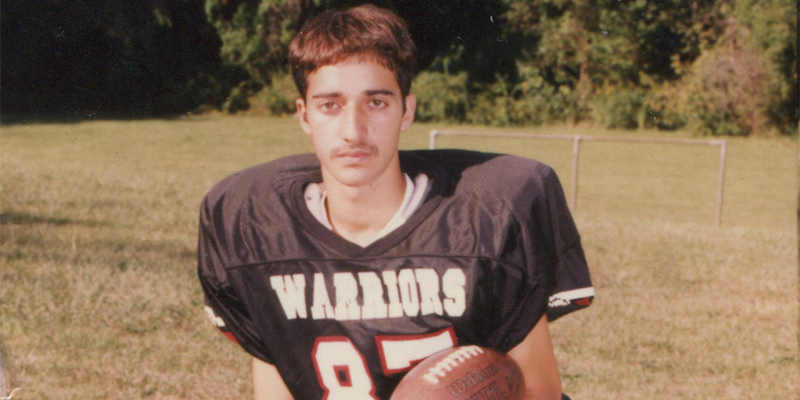 In 1999, the body of Hae Min Lee, a high school senior, was found in a park in Baltimore, killed by manual strangulation. Lee’s ex-boyfriend, Adnan Syed, was convicted of first-degree murder—at 17-years-old, he received a life sentence. The case against Syed was inconclusive: there was no blood in Syed’s trunk—no forensic evidence whatsoever—and the thrust of the prosecution rested on one witness who claimed he conspired with Adnan, albeit with an inconsistent story. Syed has maintained his innocence from a maximum-security prison, where he has spent the past two decades filing appeals, based in part on the contention that he received ineffective assistance of counsel when his lawyers failed to challenge cell phone tower evidence linking him to the crime and, pivotally, failed to present testimony that might have given him an alibi.

About 15 years later, the case was picked up by Sarah Koenig, investigative reporter and producer of the radio program This American Life, who spun the story into Serial, the Peabody Award-winning podcast that illuminated the case’s unanswered questions and suggested that Syed’s conviction lacked sufficient evidence. The podcast ushered in a new era of audio-based storytelling and unleashed a generation of armchair sleuths; with more than 175 million listeners, it came to define 21st century true crime. Everyone was talking about Adnan Syed: Reddit forums exploded with theories, ordinary citizens took on the case from all corners of the world, and countless articles analyzed the evidence, critiqued the podcast’s blind spots, and pored over every detail. In 2018, Syed was finally granted a retrial.

But there’s more evidence still to unearth. Premiering on HBO on Sunday is a new four-part docuseries, The Case Against Adnan Syed, directed by Amy Berg, whose 2006 documentary, Deliver Us from Evil, was nominated for an Academy Award for Best Documentary Feature. Picking up where Serial left off, the new series tackles the justice system’s failings and promises “new discoveries as well as groundbreaking revelations.”

In preparation, let’s catch up on everything you need to know about the case.

A GENERAL TIMELINE OF EVENTS

March 2003: Appeal denied by a panel of three judges.

January 2014: Syed’s appeal is taken back to the Court of Special Appeals of Maryland.

November 2015: Maryland circuit court rules Syed’s post-relief conviction case should be re-opened “in the interests of justice for all parties.”

February 3-9, 2016: Maryland circuit court holds a hearing to determine whether Syed is entitled to a new trial. The court hears Asia McClain’s testimony that she spoke with Syed on January 13, 1999—a potential alibi for Syed at the time of the murder. The hearing was attended by press, including Koenig. The hearing also included evidence concerning cell tower records that the prosecution used to trace Syed to the crime scene, the reliability of which was not questioned by Syed’s original counsel.

December 2016: Syed’s request to be granted bail is denied.

Today: We’re waiting to learn whether the Court of Appeals will confirm the decision to grant Syed a new trial. The court generally issues all rulings by the end of its term, in August.

[UPDATED March 8, 2019, 04:26pm]: The Maryland Court of Appeals (highest court) has just issued a ruling denying Syed a new trial. In a 4-3 decision, the judges ruled that while they agreed with the circuit court and appellate court that Syed’s original counsel was deficient, they did not agree that the deficiency had prejudiced his original trial and conviction.

Syed’s attorney, Justin Brown, has issued a statement: “We are devastated by the Court of Appeals’ decision but we will not give up on Adnan Syed. Our criminal justice system is desperately in need of reform. The obstacles to getting a new trial are simply too great.”

For more on the decision and what it means to Syed’s case, read the Baltimore Sun’s ongoing coverage.

(This is an ongoing story, and this post will be updated with new information when available.)

WHAT TO READ, WATCH, AND LISTEN TO IN PREPARATION 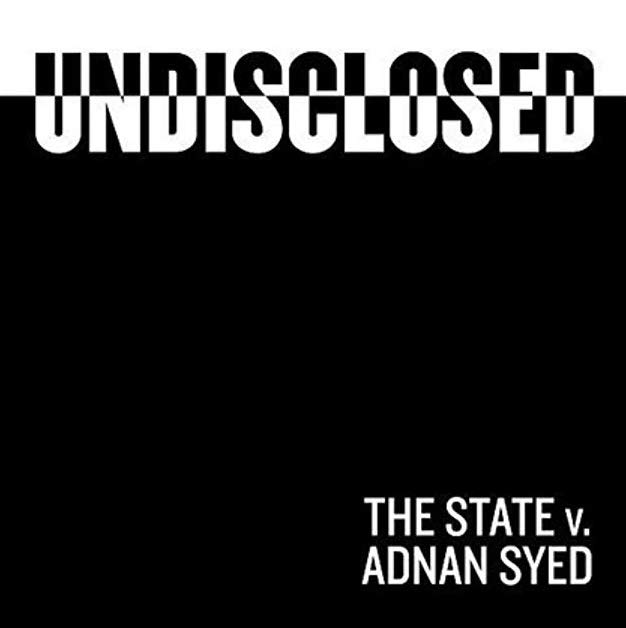 Undisclosed: The State vs. Adnan Syed
(17 original episodes, airing between April and December of 2015, then 10 additional real-time recordings during the post-conviction hearings)

“This will not be a beautifully crafted narrative like ‘Serial.’” attorney Rabia Chaudry says in the opening episode. She’s a friend of the Syed family, Adnan’s public advocate, and the lawyer who first brought the case to Koenig’s attention. With 80 million downloads, Undisclosed is nothing to sneeze at, and Chaudry, along with two other lawyers, gets into the legal weeds of the case to illuminate a few notable inconsistencies: (1) the condition of Lee’s body was different from the state’s account of her burial; (2) the cell phone records that supposedly traced Syed to the scene were unreliable, and (3) a tapping sound can be heard during police interviews with Jay Wilds, the prosecution’s star witness, after which he would apologize and give an answer, as if being cued. 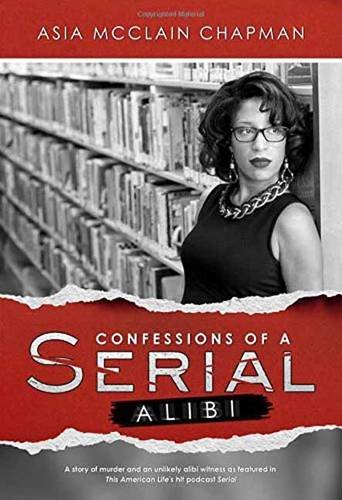 Confessions of a Serial Alibi, by Asia McClain Chapman (June 7, 2016)

Asia McClain was a key figure in Syed’s trial. She said she spoke to Adnan at the library at the alleged time of the murder, but strangely, Adnan’s lawyer, who died of a heart attack in 2004, did not call her to testify, a detail frequently raised by those pushing for Adnan’s innocence. But for those who wonder if Asia McClain’s brief role in Syed’s story really warrants a 272 page book—that instinct is correct. 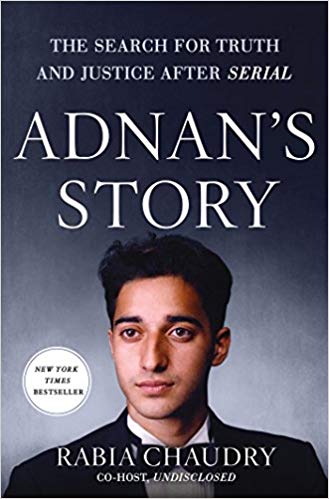 Adnan’s Story: The Search for Truth and Justice After Serial by Rabia Chaudry (August 9, 2016)

Shortly after McClain’s account, Chaudry, who has put her heart and soul into Syed’s exoneration, published a more accredited legal telling of his case. She brings to light new evidence that she believes dismantles the State’s claims, suggesting a potential new suspect and raising other points that call into question the fairness of Syed’s trial and the criminal justice system at large. 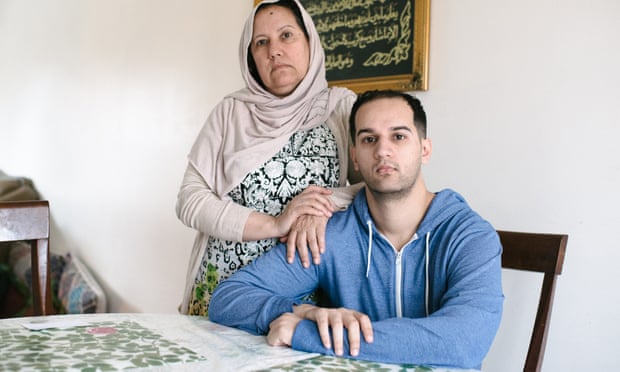 “Serial: The Syed family on their pain and the ‘five million detectives trying to work out if Adnan is a psychopath’”

In the midst of Serial’s broadcast, a journalist visits the Syed family to get a glimpse of the long-broken family at the heart of the sensation. Adnan’s brother, Yusuf, believes Koenig did “a better job investigating than the police did,” and their strict mother, Shashim, regrets not having carried out a more comprehensive full-court press on her sons. The maximum-security prison doesn’t allow Adnan to listen to the podcast, so to this day he has not heard it.

“Will The Case Against Adnan Syed Uncover Evidence That Serial Missed?”

Hear from Amy Berg, the director of the HBO documentary, on her approach to the new series, which granted her access to film Syed inside prison, and the cast outside: his former teachers and friends, his family, his legal defense, the Baltimore police. She spent the past three and a half years researching and filming, conducting her own investigation, and examining Hae Min Lee’s journal entries in an attempt to resurrect the young woman, whose fullness was shortchanged in Serial. 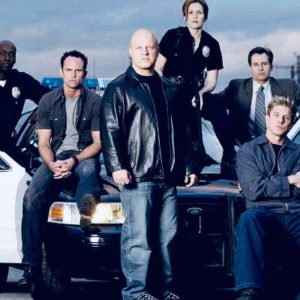 The antihero in fiction has been around for centuries, gaining cultural prominence in post-World War II film noir classics...
© LitHub
Back to top