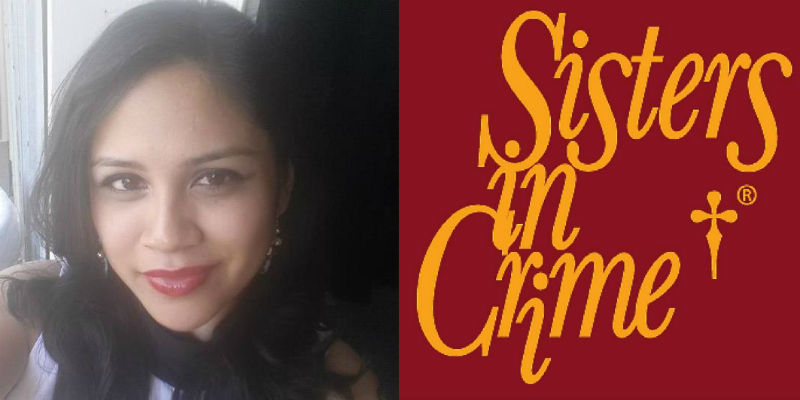 If this is the first you’re hearing of Mia P. Manansala, it won’t likely be the last. Earlier today, the up-and-coming author was named the winner of the 2018 Eleanor Taylor Bland Award, which recognizes an emerging writer of color working in mystery. The annual honor is awarded by Sisters in Crime, the national organization of over three thousand authors, booksellers, editors, agents, librarians, and more, created over 30 years ago by Sara Paretsky as a resource for women in mystery. This is the fifth time the organization has handed out the award. The prize comes with a tidy sum of $1500, as well as the collective voice of the Sisters in Crime telling the publishing world to sit up and take notice of a young author on the cusp of a breakout.

This prize judges—Cynthia Kuhn, Tonya Spratt-Williams, and Maria Kelson—said of the 2018 honoree, Manansala, she “exhibits sophisticated genre awareness and playfulness with genre conventions and we believe the manuscript—which features a very funny, millennial, Filipina-American protagonist—makes a new, worthy, and worthwhile contribution to crime fiction.”

We reached out to Manansala to ask her a bit about her writing. The author described her stories as “amateur sleuth and cozy mysteries, which are heavily invested in the idea of community: the disruption of its peaceful facade and how only someone from within can set it right.”

Manansala acknowledged feeling a certain ambiguity about the mystery world: “I have met some of the kindest, most welcoming people in the crime fiction community. Yet I’ve also seen some of these very same people decry the thought of diversifying the genre, brushing it off as that dreaded term, ‘political correctness.’ As a new, young(ish) writer who ticks off quite a few boxes on the Diversity Checklist, sometimes you ask yourself why you bother writing in a genre that (sometimes) doesn’t seem to want you there, that deems your very existence as ‘political.’” She noted, however, that organizations like Sisters in Crime, are making an effort to change the field. In particular, Manansala cited the group’s 2016 Diversity Report, as well as the Eleanor Taylor Bland Award itself.

“Because of efforts like this (and the support of other allies in our field),” Manansala said, “our genre will finally evolve. Change is slow, but it’s happening. Our future is hazy, but bright.”

Speaking of the future of the genre, Manansala also represents a new world in which geek culture is increasingly intertwined with traditional approaches to genre. She explains the lure of the geek world as setting: “When you take a fandom, a self-made community centered around a common pop-culture interest, and throw a couple of dead bodies in there, you’ve got a recipe for fun.”

Sisters in Crime first set up the Bland Award in 2014 both to honor the legacy of one of crime fiction’s most prolific and respected authors and to provide much needed space in the genre to highlight new and rising voices. Past winners have included Jessica Ellis Laine (2017), Stephane Dunn (2016), Vera Chan (2015), and Maria Kelson (2014).

The award’s namesake, Eleanor Taylor Bland, published her first mystery in 1992, Dead Time, which introduced African-American policewoman Marti MacAllister, recently transferred from Chicago to small-town Illinois. For the next decade and a half, MacAllister continued to fictionally solve crimes across Illinois while providing commentary on the realities of modern black life.

If you’re unfamiliar with Bland’s work, you can be forgiven, since despite Bland’s outsized legacy in the mystery community, the publishing industry has sadly allowed her works to go out of print. (Of course, many of Bland’s works are now available as e-books, but part of honoring a writer’s legacy is to find their work deserving of the status of coveted object, not merely coded information.)

Sisters in Crime, through establishing this award, is not only honoring Eleanor Taylor Bland, but keeping her memory alive. By honoring new voices in the context of the biggest voices in the genre, this award is a welcome antidote to the industry’s seeming either/or mentality. By honoring such voices as Mia Manansala, whose work bridges the gap between geek culture and mystery enthusiasts, the Eleanor Taylor Bland Award honors not only new writers, but the evolution of the genre as a whole. 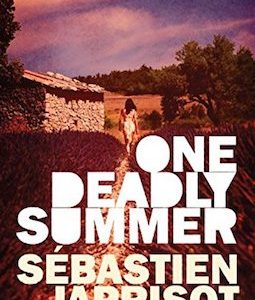 I said OK. I usually agree to things. Anyway, I did with Elle. I slapped her once, and once I beat her. But apart from that,...
© LitHub
Back to top