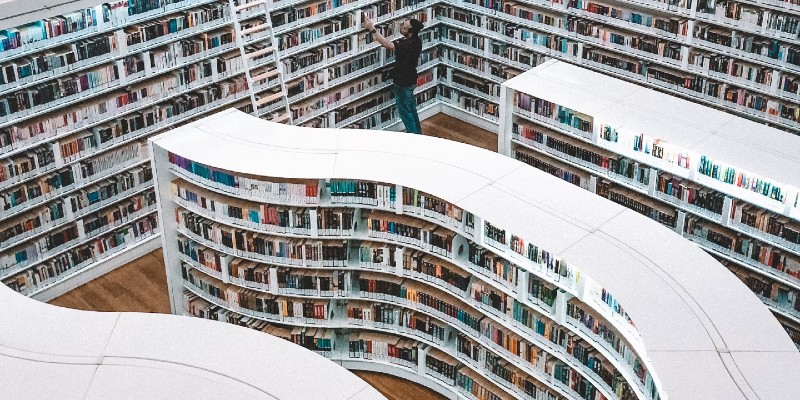 What makes crime fiction today so exciting is the diversity and complexity of characters.

“Today, though, he worries that it is hard for white men to get writing gigs in film, theatre, TV, or publishing.

The problem is just ‘another form of racism. What’s that all about?’ he muses. ‘Can you get a job? Yes. Is it harder? Yes. It’s even harder for older writers. You don’t meet many 52-year-old white males.'”

He’s since apologized and the news cycle has slogged on, but James Patterson’s comments were familiar to many of us. I’ve heard variations of this complaint from fellow novelists for years now, always from white men. It usually comes after they’ve confided about a rejection of some sort, and I feel that unsettling dread marginalized people are familiar with, that sense that you’re about to be blamed for someone’s lack of success. And then it happens.

A begrudging, “The market’s just not great for white men right now.”

This is usually quickly followed by a somewhat insincere, “But, I mean, it’s a good thing that there’s more diversity nowadays and all that.”

Information about demographics in crime fiction is hard to obtain, but it does seem that there has been more deserved recognition received by marginalized writers, particularly since 2020, when the social protests following the murder of George Floyd galvanized the publishing industry to recognize – and, ideally, reconcile – the disparity in opportunities afforded to people of color.

But this recognition has – as is often the case, and illustrated by Patterson’s interview – sparked intense backlash, and a desire for correction.

That said, for all the handwringing and frightened concern about the welfare of white male writers, publishing is still a sea of bobbing white male heads. These complaints serve as a sobering reminder that marginalized writers in crime fiction still face a variety of nuanced challenges from an unhappy and resilient old guard. New ground is never given without a fight, and the rewards of professional success in publishing are fiercely, often unfairly, defended. It’s rooted in the false worry, as brilliantly explained by Heather McGhee in her celebrated study, The Sum of Us, that shared success for all means less success for one.

But I wonder if these complaints are actually more reflective of character than the writers issuing them realize. And I’m not referring to the character of these aggrieved writers, but rather to the characters they’re creating.

Gone Girl was one of the most noteworthy novels of the past twenty years, and its success helped push the concept of the psychological thriller into the mainstream. Gone Girl is famously a book of unexpected twists, but it’s also a revealing study of unsettling characters. Thrillers are known for the surprising structure of their plots, so much so that it’s not uncommon for the genre to be derided for placing plot over people. This isn’t a fair complaint, but it’s one that writers of today’s psychological thrillers have been steadily dismantling, complex protagonist after complex protagonist.

This study of character extends to writers of color, and LGBTQIA+ writers, and neurodiverse writers, and other writers from traditionally minoritized communities who are finally being given both critical and marketplace recognition. And it’s accompanying, not coincidentally, the growing diversity of the country.

A new character is wandering the landscape of crime fiction and it’s almost, by definition, a new perspective.

I grew up a devoted fan of crime fiction, and I remember that, after years of eagerly flipping pages in thrillers, my pace slowed. I got bored. The books I read were usually written by men, and their protagonists fit a certain archetype. These protagonists were generally quiet, brutally violent men who were probably socio/psychopaths…but also surprisingly good-hearted. They were flawed, but lovingly so. Single and sexually active (always straight, of course), protective, intelligent. And violent. And haunted. But, you know, attractively. If his trauma prohibited the protagonist from relationships, it certainly didn’t stop women from finding him desirable. That would have been a step too far.

And the more I read, the more I felt like I’d read all the stories crime fiction had to offer.

And I left the genre.

It wasn’t until after college that I returned to crime fiction. A happy coincidence, along with my own start as a professional novelist, led me to books by Sujata Massey and Laura Lippman, and I realized the wonderful breadth of voices thrillers had the potential to offer. That wonder hasn’t ceased. Today I’m enamored by the works of Kellye Garrett and Jennifer Hillier and Rachel Howzell Hall and Steph Cha and Katie Gutierrez and so many other writers who write captivating stories without sacrificing character. Rather, they make a story captivating because of their characters.

And, as this far-from-exhaustive list demonstrates, it’s the newer writers in crime fiction who are giving us these new voices, and they happen to be a group of writers who are wonderfully diverse, and who are steadfastly proving the business axiom that diversity makes an industry better. It is, as I said earlier, the old guard who opposes them, and a heated generational divide is naturally occurring. This often happens in literature (do yourself a favor and read Mark Twain’s scathing takedown of James Fenimore Cooper). We’re at a similar moment now. A new literary movement is emerging, but it’s one less defined by how language is used, but rather by who is using it and to what end.

White male writers aren’t going away, of course, and that’s a good thing – there are wonderful, necessary books by white men. Diversity often brings an unwarranted worry of exclusion, but concepts of DEI are intended to be inclusive. Simply because someone is white doesn’t mean they don’t belong. When we talk about representation, we’re occasionally talking about skin color, but we’re also talking about more. Gender and sexuality delve beyond color, as do the complexities in both neurodiversity and religion. And it’s this complexity of identities, which can perhaps be answered by a deeper search into a writer’s own identity, that’s craved.

If writers continue to ignore that call – a necessary call that matches the demands of the market and the country – then James Patterson’s sentiment will prove prophetic, but not for the reasoning he gave. White male writers won’t find audiences, but not because of who they are. It will be because of the stories they didn’t tell.

E.A. Aymar’s next thriller, No Home for Killers, will be published in February 2023.
https://eaymarwrites.com/ 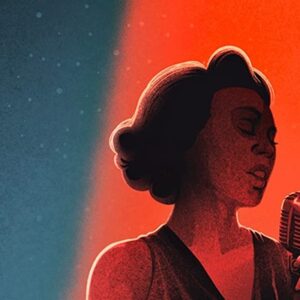 I’ve long had a love for an unconventional woman, perhaps because I consider myself to be one. I blame my mother. Growing...
© LitHub
Back to top