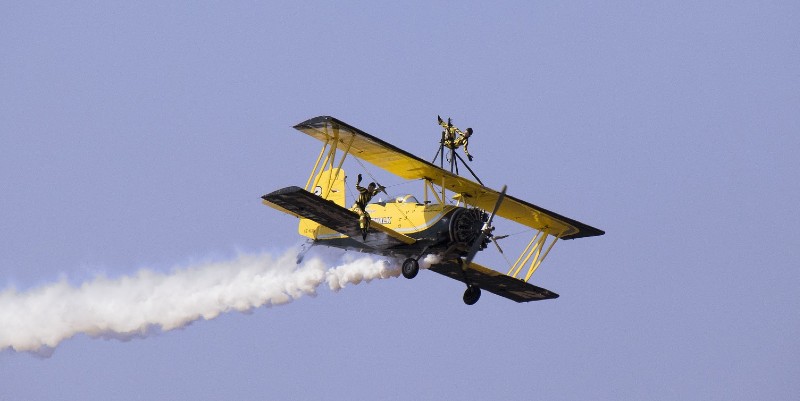 I’ve been incredibly fortunate in my writing career. No other way to put it. I’ve had the chance to write for some of the biggest pop culture icons out there. I’ve done a ton of writing for comics (Marvel, DC, Lucasfilm, etc.) and as part of that job I gave Darth Vader his very first red lightsaber. I took Daredevil to the Supreme Court. I killed a lot of mutants, from Cyclops to Wolverine, and even brought some of them back to life. It’s, honestly, an amazing gig.

Alongside that work, I’ve also been able to put out some stories built around my own characters. I’ve written a few novels (more about those below) and a number of long-running original comics series: Letter 44 (with Alberto Jimenez Alburquerque on art), Curse Words (with Ryan Browne), Undiscovered Country (with Scott Snyder and Giuseppe Camuncoli) and more.

On the surface, writing for existing characters versus creating your own might seem like the same job—make some characters do some stuff, have them say clever things, and be sure it all wraps up at the end. While both require a lot of typing, the similarities end there: it’s like playing the guitar and playing the saxophone. Both make music, but the way the music is played, and the basic possibilities of the instruments, can take you to some very different places.

Let’s start with writing something that has the oomph of a pre-existing pop-cultural legacy behind it—think taking over the writing duties on the ongoing Batman comic series, or writing a Captain America graphic novel. It’s sort of like the job done by whoever’s responsible for engineering a new iPhone every year or so. Each generation of the gadget needs to be recognizably the gadget—you can’t reinvent the wheel utterly. On the other hand, it needs to have some new functionality, some new bells and whistles, or people will just stick with what they have. But, you’re starting from a pretty good place, because people love iPhones, and will absolutely buy more if you do your job well. That’s what it’s like to write superhero comics.

I did a long run on Daredevil for Marvel Comics, from 2015 to 2018. No one needs new Daredevil stories, if you think about it. The character’s been published since the 1960s, and there are a ton of incredible adventures out there—every flavor of DD you could want. My job was to provide something that was obviously Daredevil, but filtered through my own experiences, with its own flavor and set of ideas. I worked as an attorney for a long time in my pre-writing career, so I was fortunate to be able to bring that to my run, and I think it was what helped to make my stories feel a bit different than some of the other creators who worked on the title in the past. However, it always had to be Daredevil, and there are things both good and bad about that. If, for example, I thought it would be good to permanently return Matt Murdock’s sight, put him in a brown robe with a hood and give him a lightsaber and telekinesis… then he’s not really Daredevil anymore, is he? He’s a Jedi. No matter how much I might think that would serve the character or be an incredible story… I can’t do it, because my job is to write Daredevil.

When you’re working with other people’s characters, especially when they are cultural juggernauts that will exist until the sun burns out like Batman or Luke Skywalker, you’re sort of a curator, or a caretaker. Your primary job is to keep the lights on. Beyond that, you might try to innovate a bit—update the character for the time and your own worldview; try to say something new with them—but there are rules and limits. True, gonzo reinvention is hard—not impossible—but hard, especially because audiences for pop cultural icons kind of like them as they already are, and don’t want something too different. Folks know what they’ll be getting if they watch an Avengers film or read a Punisher comic, and that’s okay. It makes sense. But, what it means, ironically, is that superhero stories kind of have to play it safe.

Another funny thing about writing characters like this—other creators can come in and undo everything you did, and often they do exactly that. It’s expected, almost, and it’s good. It gives us the kind of crazy twists and turns that only superhero comics can provide (again, while keeping the core of the character intact.) For instance, in the earliest days of Daredevil, Matt Murdock pretended to be his own twin brother for a while, the rascal Mike Murdock, to throw folks off the scent of his secret identity. There was no actual Mike. He didn’t exist. But—I liked the idea of Matt having a loser brother rattling around the Marvel Universe, so I made him real. The mechanism by which this occurred is too complex to explain here, but it happened, and now Mike Murdock is out there causing trouble. COMICS!

But if the next writer wants to make that all a dream… they can, and that’s fine. I had my shot, and now it’s other folks turn.

That’s what it’s like working on other people’s characters. Innovate if you can, but in a specific, measured way that won’t break the character or, god forbid, its value as a pop cultural institution that makes quite a lot of money for whoever owns the copyright. (These days, usually one of three mega-corporations/IP aggregators.)

Now, working on your own ideas… that’s all innovation. You can do whatever you want. Novelty is the currency of the realm. Now, should you actually do whatever you want? Should your story be just one insane new concept after another? Well, yes and no. If you aren’t showing people something new, they have no reason whatsoever to read your stories. After all, why read the adventures of Johnny Claw-Hands when you can just check out a Wolverine comic?

Novelty is the currency of the realm. Now, should you actually do whatever you want?

I definitely start with “do something they’ve never seen before” as a guiding light, but that’s not my only goal when I’m working on an original story. I think accessibility is worth shooting for too. I want people to connect with and relate to my stories and characters, because that translates into a growing audience, sales, all those things that this crassly commercial writer right here who wants to write books for the rest of his life is not above. I like to give the reader some anchor points before I start blowing their minds with the freshness of my vision. Ahem. I have a quote above my writing desk—I don’t know who said it, and I just slapped it on a post-it and stuck it to the wall—but I like it: “Readers will accept strangeness in a familiar package.”

What that means: you can use a basic premise analogous to something people have seen before, as long as you put a new spin on it. We’ve seen a ton of zombie stories across multiple mediums over the last few decades, and many felt extremely fresh despite all that came before. My first novel The Oracle Year was about a prophet showing in the modern world answering people’s questions about the future. Stories about prophets are old news. Biblically ancient. But in mine, the prophet decides to sell his predictions, quickly becomes a mega-billionaire, and then decides to do some… pretty radical stuff. It’s my take, not the same old thing, and goes to some intense places.

Similarly, my new novel Anyone is about the invention of a technology that allows people to body swap. Pop culture has already told that story, from Freaky Friday to Richard Morgan’s amazing Altered Carbon series and many more. What makes mine different? I decided to approach the premise almost like an apocalypse novel—though you might not realize that until the end. Anyone shows the world outside your window being changed more or less in real time by the advent of this tech, and goes to a point twenty-five years in the future to see what becomes of a society where anyone can be anyone. It asks and answers all the questions that are probably occurring to you right now: who would have access to the tech? How would we use it? How would it change us? It’s a book about technology, but like all good speculative fiction, it’s about us.

Here’s the truth, though—from where you’re sitting, turning the pages to see what will happen next, whether you’re reading a Star Wars comic or my next novel—it’s all the same. You just want to be taken somewhere. It doesn’t matter how I get you there—it only matters that I do. That’s what I keep in mind above all else. Every story has to be a journey. 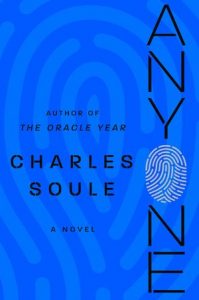 Charles Soule is a New York Times-bestselling, Brooklyn-based comic book writer, musician, and attorney. He is best known for writing Daredevil, She-Hulk, Death of Wolverine and various Star Wars comics from Marvel Comics, as well as his creator-owned series Curse Words from Image Comics and the award-winning political sci-fi epic Letter 44 from Oni Press. His latest novel is Anyone, now available. 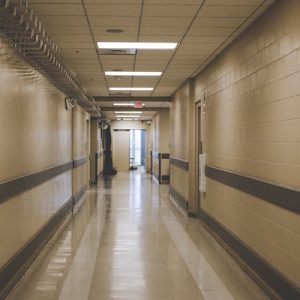 I remember my first day of school, aged five: my mum delivered my twin sister to her classroom and then walked me round to mine....
© LitHub
Back to top