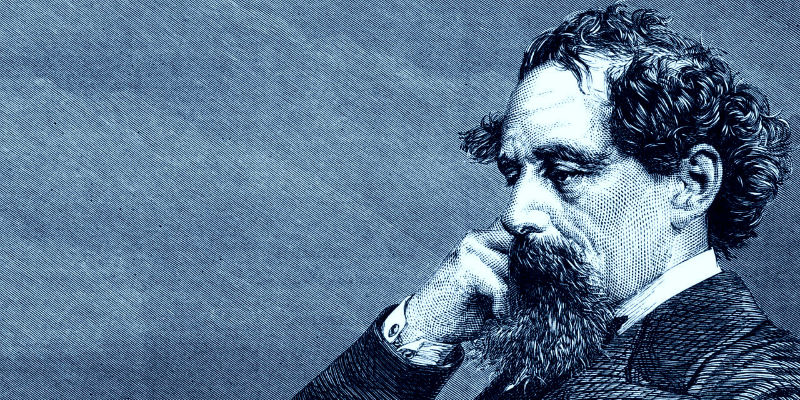 Charles Dickens Was Obsessed with Detectives, Too

In 1851, detectives were new to the London police force. The most famous novelist in the world figured he'd go on some ridealongs.

Charles Dickens was, among many other things, an insomniac. While London slept, Dickens walked. He must have been possessed of extraordinary energy to sally forth, after a full day’s work as novelist, magazine editor and businessman, into the dark streets, often until the night was “at odds with morning,” as he put it. But mid-19th century London was by no means a safe territory for a gentleman rambler, so the writer made himself familiar to members of the newly minted detective branch of the Metropolitan Police. (A police force was itself a relatively new thing in London, having been formed in the late 1820’s by Sir Robert Peel. The populace, immediately suspicious of government intervention in their lives, dubbed the members of the new force “peelers,” in dubious tribute to Sir Robert). But the police were focused on crime prevention. It wasn’t until 1842 that a division was created to pursue crime detection. This new detective unit fascinated the public and sparked the imagination of the gregarious Mr. Charles Dickens. Of course he would seek them out! And of course they would be more than ready to accept the attentions of the world’s most famous novelist. Among these early detectives was Charles Frederick Field (1805-1874), and he became a favorite of the writer.

In 1851 Dickens published On Duty with Inspector Field in his magazine, Household Words. In this essay the narrator accompanies Field and a few of his men on an all-night visitation of the most squalid and dangerous haunts of London’s underclass. The account is moving in its depiction of the abject poverty which existed just steps away from fabulous wealth, and stirring as it shows Field confronting and besting the worst of criminals with a steely nerve, and a dry wit.

This new detective unit fascinated the public and sparked the imagination of the gregarious Mr. Charles Dickens.

Also in 1851 Dickens was to produce and act in a play written by his friend, Edward Bulwer Lytton, Not So Bad As We Seem. However, Bulwer Lytton was in the middle of an ugly divorce at the time, and Dickens received a letter from the enraged Mrs. Lytton promising to disrupt the performance and embarrass its author, “Sir Coward Liar Bulwer Lytton…” The event was a fund-raiser, and the Queen herself was expected to attend, so this would not do. Dickens engaged Inspector Field to patrol the audience at both performances, in plain clothes, and if he came upon the wronged wife to delicately steer her away from the crowd, and politely suggest that she might be better entertained elsewhere. There was no disturbance; the Queen was amused.

It’s no wonder then that this very real policeman might be in Dickens’ mind when he began the serialization of perhaps his greatest novel, Bleak House, one year later. Just as detectives were a relatively new thing, so the world was about to meet one of its very first fictional detectives, Inspector Bucket. He is the private investigator who darts here and there across the landscape of the novel, the burly, affable man whose eyes and ears miss nothing. Throughout Bleak House Mr. Bucket doesn’t enter rooms, he materializes in them. He’s the sly, manipulative intelligence who gets peoples cooperation without their knowing it. He can be compassionate, and he can be cold-hearted. He is above all tenacious.

In Bucket, Dickens readers recognized Inspector Field, and as the years passed Charles Field himself lay claim to being the novelist’s inspiration. Eventually this rubbed Dickens the wrong way, and he denied any connection between the real man and his fictional creation. His denial, though, is not the least bit credible.

As I read and occasionally re-read Bleak House, Mr. Bucket came to haunt me, in the best way. Wouldn’t it be fun, I always thought, to write a novel in which Bucket was the main character, instead of being a member of the supporting cast? However, the story that slowly gathered around him in my mind involved actual historical characters, and that posed difficulties. I felt that mixing historical figures (Charles Darwin, Robert FitzRoy, Thomas Huxley, Bishop Wilberforce, et alia) with a fictional one like Bucket wouldn’t work. But eventually I came upon Inspector Bucket’s real-life counterpart, Charles Field. This discovery gave me permission to proceed. My historical thriller, The Darwin Affair, would be as historically accurate as possible. I would insert my fiction into the interstices.

Dickens’ inspector is almost infinitely sagacious. He sizes people up in an instant and almost never is wrong. He’s quick, intuitive, and possesses enormous self-confidence.

Soon, though, as my version of Charles Field began assuming fictional flesh and blood, I realized that he bore only passing similarities to Dickens’ Bucket. Yes, he was a burly, middle-aged man, with a manner that could be genial and ingratiating one moment, and dangerous the next. My Field, like Bucket, was given to telling people what they were going to do, and getting them to agree, almost without their knowing it. And my Charles Field had a wife whom he adored as much as Mr. Bucket seemed to dote on Mrs. Bucket. Field’s wife, like Bucket’s, participates—at great risk—in her husband’s pursuit of a killer.

But Dickens’ inspector is almost infinitely sagacious. He sizes people up in an instant and almost never is wrong. He’s quick, intuitive, and possesses enormous self-confidence. My Inspector Field gropes in the dark, for the most part, and is tormented by self-doubt. He feels he makes one mistake after another. He is the very opposite of Poe’s Dupin, Conan Doyle’s Sherlock Holmes or Christie’s Hercule Poirot.

The stories which star Holmes or Poirot are “who-did-its.” They pose a knotty problem for readers to untangle. If they are successful, readers will have solved the crime by story’s end; if not, the detective (and author) will either astonish the readers with the detective’s brilliance, or annoy them (Oh come on! Surely not!). Inspector Field of The Darwin Affair occupies an altogether different genre. The villains are several, but the identity of the psychotic killer is revealed early on. There are knots to be untangled, but they are psychological ones. The suspense lies in watching to see who wins, and how. While I still can feel a shiver of genuine fear when I think of the terrible hound of the Baskervilles, the suspense in that novel is an intellectual one; it’s a puzzle to be solved. It’s my hope that the suspense in The Darwin Affair will live in the reader’s gut, and that the fear it engenders comes from the unconscious knowledge that we are all children, waiting, hoping, perhaps desperately, for someone to rescue us.

Tim Mason is a playwright whose work has been produced in New York and throughout the world. Among the awards he has received are a Kennedy Center Award, the Hollywood Drama-Logue Award, a fellowship from the National Endowment for the Arts, and a Rockefeller Foundation grant. In addition to his dramatic plays, he wrote the book for Dr. Seuss’s How the Grinch Stole Christmas! The Musical, which had two seasons on Broadway and tours nationally every year. He is the author of the young adult novel The Last Synapsid. The Darwin Affair is his first adult novel.

The Fine Art of Naming Characters in Crime Fiction 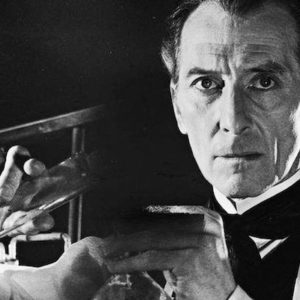 To be stripped down, doped up, cut open, stitched shut—to be held in a cold room, waiting, waiting: such are the makings...
© LitHub
Back to top