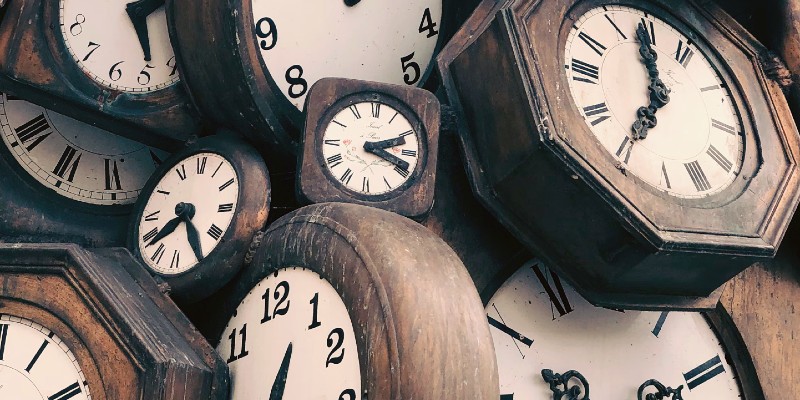 Allison Brook on bringing history to bear in cozies.

One of the reasons I love writing cozies is because they are written in series. While each book is a complete and complex mystery that can be read on its own, my series offer readers a sense of familiarity regarding the picturesque town I’ve created where everyone knows everyone else. They enjoy reading about problems, issues, and events that sometimes pit one character against another and often end in murder. Cozy readers are especially drawn to the characters in cozy series, often viewing them as friends or as people they wish were their friends. They enjoy reading about their personalities and foibles, their growth, their relationships, and their pasts.

Ensconced in the comfy feeling a cozy mystery provides, readers experience a tingle of pleasure when the first dead body arrives on the scene. How they love to  figure out “who dun it” as they read on in search of clues that will lead them to the one suspect they absolutely know murdered the victim or victims and the reason why. No, it can’t be her. Perhaps . . .

All of my characters—victims and suspects alike—have secrets they are determined to keep hidden. Secrets have a way of making an innocent person seem guilty. In a homicide case, many secrets come to light. Of course not all of them have anything to do with the case, and they may even send my sleuth off on a wild goose chase.

Secrets have their roots in the past. As my story moves forward and my sleuth investigates, many clues refer back to old events. Exploring the past can be a powerful plotting tool that many of us mystery writers make use of in various ways. Often the motive for a murder lies in the past—a devastating betrayal, a festering resentment, jealousy or hate. Including past events that impact your present story adds a layer of mystery and intrigue.

I have discovered that including a cold case—a homicide that was never solved—is a very useful device when writing my cozies. The very words “cold case” are enveloped in mystery. Why was the case never solved? Will the murderer kill again? Is the old murder related to the murder that has just taken place? Cozy readers are intrigued by events that took place in the past, and anything that sheds light on solving those murders gives them the sense of being in on the investigation.

In DEATH OVERDUE, the first book in my Haunted Library series that I write as Allison Brook, retired homicide detective Al Buckley failed to solve the murder of Laura Foster, a popular town resident, fifteen years earlier. Al now claims to have discovered the identity of the killer and is planning to discuss his findings at a presentation at the local library. My sleuth, Carrie Singleton, has just gotten her job as head of programs and events, and is looking forward to featuring Al as her first guest. Sally Prescott, Carrie’ boss, is very apprehensive about going ahead with this presentation because one of Laura’s sons is vehemently against airing elements of his mother’s murder in public. And rightfully so. Before a large audience that includes Laura’s family members, her best friend and her lawyer Al’s asks residents what they knew about Laura. There are some unexpected revelations. Suddenly Al keels over and dies; he has been poisoned. Carrie believes the two murders are connected. Determined to solve Al’s murder as well as Laura’s, she befriends Laura’s family and friends and unearths secrets that never came to light before. It’s only when she learns about Laura’s secret relationship does Carrie know who murdered Laura and why.

My novel CHECKED OUT FOR MURDER has a more complicated plot that revolves around a twenty-year-old cold case. Chet Harper, an abusive alcoholic, is stabbed to death and his son goes to prison for the crime. He is released when certain information comes to light, but Chet’s murder continues to remain unsolved. Unknown to each other, Chet’s son and his daughter return to Clover Ridge at the same time a film company arrives. Two seemingly unrelated murders occur a day apart. Carrie believes the answer lies with Chet’s wife, who disappeared soon after her husband was murdered. Can she find the woman and encourage her to return to Clover Ridge to tell the police what happened that day twenty years ago? When Carrie and her significant other find the other woman, she reveals a secret that helps solve the three murders.

Sometimes an old murder isn’t even on the books because, for some reason or other, no one ever reported the person as missing. In my mystery MURDER IN THE AIR, the second book in my Twin Lakes series that I’ve written as Marilyn Levinson, the remains of a teenaged-boy are discovered when a house is leveled on property the Twin Lakes’ community has purchased for their new clubhouse. The discovery upsets Daniel Korman an elderly resident. He says something to sleuth Lydia Krause that leads her to believe that Daniel knows something about the boy’s death. And when he is murdered she is certain of it. Lydia talks to two men Daniel was friendly with sixty years ago and learns of their long festering secret. Was the old case an accident or was it murder? Was Daniel murdered to keep him from revealing an sixty-year-old secret? Or did one of his relatives kill him for his money?

DEWEY DECIMATED, my new release in the Haunted Library series, also involves a body that’s been hidden, its death unreported for six years. The body of Alec Dunmore, Carrie’s fiancé’s uncle is uncovered when renovations for the new library addition—the building next door—are underway. Carrie and her ghostly friend Evelyn Havers must find out who murdered Alec and why he was in Clover Ridge. Then someone else is murdered. Are the murders related in any way? Again, the past impacts the present, giving  readers a fuller picture of relationships and events.

I strongly believe that including a cold case or an old unsolved murder that took place in the past adds depth to a cozy mystery. There are more leads to follow, more characters to suspect, and more secrets to unearth. And linking it to murders in the present ups the tension and gives your cozy mystery a satisfying puzzle. 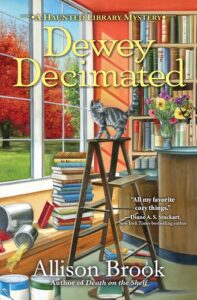 A former Spanish teacher, Allison Brook writes mysteries, romantic suspense, and novels for young readers. She loves traveling, reading, knitting, doing Sudoku, and visiting with her grandchildren, Olivia and Jack, on FaceTime. She lives on Long Island with Sammy, her feisty red cat. 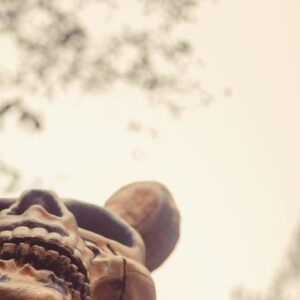 We only seem smarter than fictional characters when we’re indulging in horror. No one watching a crime drama or a romantic...
© LitHub
Back to top