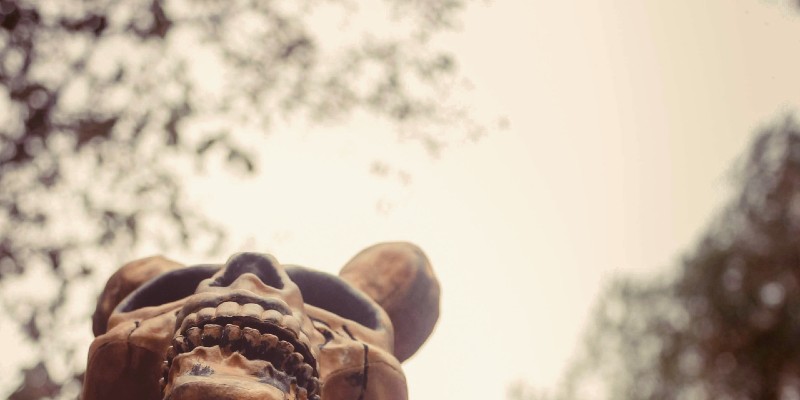 Hailey Piper on stories that mix horror and crime

We only seem smarter than fictional characters when we’re indulging in horror. No one watching a crime drama or a romantic comedy sees characters walk into a deserted house says to their screen, Look out, that place is haunted! We only do it with the foreknowledge of Something Bad Happened Here, even though there are more present fears in a crime drama between serial killers, organized gangs, and murderous cops than a ghost.

Except when that’s not the case. Sometimes the crime layer peels and reveals more horrific muscle underneath. Crime and horror, especially the occult, have a long-entwined history. Sometimes it’s a ruse like Sherlock Holmes faces in The Hound of the Baskervilles, or ambiguous like in True Detective, but stories of investigators and outlaws facing ghosts, witches, and devils dot the pages of genre-mixed stories in Weird Tales, movies, novels, and comic book characters like Batman, John Constantine, and more. It’s a fun mix, too; hard to predict whether the greater threat might come from and carrying the mix of noir elements suggesting an unjust universe.

So here are ten unranked reads of this type that I highly recommend:

We have to start with a New York story; I couldn’t have it any other way. A disillusioned office worker and a subterranean serial killer cross paths in a city subway, while something inhuman awaits below. Another Books of Blood, Volume 1 story, “Pig Blood Blues,” might fit the mood of this list too, but “Meat Train” boasts a cat-and-mouse story that keeps you guessing which man will butcher the other in the end.

“Telesignatures from a Future Corpse” by Paula D. Ashe

The final story in Ashe’s collection We Are Here to Hurt Each Other, we follow Detective Liselle Loudon as she and her partner investigate a grisly murder scene. Already taken aback by the circumstances of the young victims and the brutality done to them, the investigation quickly spirals into stranger territory. It’s a startling, uncompromising story, each chapter a tool for a painting’s restoration, working in patches before revealing the grand horrifying picture.

“The Imago Sequence” by Laird Barron

What kind of list would this be without Barron’s work? Mixtures of crime and horror bubble up through his career, and one shining jewel among these is “The Imago Sequence,” found in the collection of the same name. The art hunt centering on a trio of bizarre photographs is not only a thrilling and immersive story, but it stands at the crossroads of class warfare, the underbelly of the art world, and an inescapable doom.

Children of Chicago by Cynthia Pelayo

Chicago history writhes to life in this procedural-meets-folklore horror novel. Lauren Medina is a Chicago detective both numbed and horrified by the escalating street crime in her city, especially when she learns of an occult practice taken up by local teenagers that might tie into her own childhood. It’s a gripping story where the setting is as much a character as the people, and both city and its citizens brim with ghosts

The subtitle to this story from Her Body and Other Parties reads “272 Views of Law & Order: SVU.”  I have only watched a handful of episodes, so exactly where the line cuts between the show’s canon and Machado’s reimagining is a little blurry for me early on, but the prevalence of demons, doppelgangers, bell-eyed ghosts, possession, and a living, breathing city are very much Machado’s elements laid onto the procedural show. The novelette (novella?) is both quick-paced and yet stretches on and on, a saga of TV episodes condensed into bite-sized snapshots of lives torn to pieces … and maybe cobbled together again, too.

The Ballad of Black Tom by Victor LaValle

Back to New York, and with Cthulhu in town (sort of). What should have been a simple transaction to make a little money while keeping family safe twists into an arcane underworld when Thomas Tester is hired to find a certain book and attend a certain party. A brilliant retelling of H.P. Lovecraft’s “The Horror at Red Hook,” this novella is both an imaginative take on the mythos and a crucial societal study, all the while deftly challenging the assumptions and root fears of cosmic horror at the subgenre’s core.

“A Study in Emerald” by Neil Gaiman

I’ve purposely avoided legacy characters for this list, but Gaiman’s mixture of Sherlock Holmes and the Cthulhu mythos is too fun, inventive, and chilling to ignore. While I originally read it as a reprinted short story in Gaiman’s collection Fragile Things, there’s since been a graphic novel adaptation from Dark Horse Comics by Rafael Scavone, Rafael Albuquerque, and Dave Stewart that is totally worth tracking down.

Speaking of graphic novels, Ed Brubaker and Sean Phillips are no strangers to crime certainly, but their partnership has dabbled in the occult as well. Kill or Be Killed is a more recent series, but Fatale is a classic, dripping with shadowy noir elements and cultist lore, all the while telling of a world-weathered woman plagued by a curse she never asked for.

Shadow of the Vulture by Regina Garza Mitchell

“Wait,” you might say. “Isn’t this a horror western?” And that is true, but I realized recently that the difference between a lot of westerns and a lot of crime fiction is setting. I could be wrong, and maybe it’s my love of spaghetti westerns that’s tricking me, but that’s an argument for another. There’s a lot of running, gunning, underhanded dealings, and land theft in Shadow of the Vulture, and the grift at play squeezes Mexican families without mercy until it pokes a hole into a supernatural side of this world, inviting a brand new flavor of bloodshed.

Fifteen years after the events of Blatty’s The Exorcist, a seemingly apathetic universe dredges new murders before Lt. William Kinderman in Washington, D.C. What follows is both an investigation into the crimes of an impossible serial killer and an examination into the nature of evil. Every page is ripe with questioning, and the books’ claustrophobic atmosphere drags the reader face to face with a horrifying abyss. A brilliant novel, and the film adaptation The Exorcist III: Legion is so strong, I would place it above The Exorcist … if I was trying to rank anything. 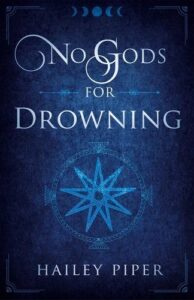 Hailey Piper is the Bram Stoker Award-winning author of The Worm and His Kings and Queen of Teeth. Her stories have appeared in publications such as Vastarien, Dark Matter Magazine, Cosmic Horror Monthly, and elsewhere. She lives with her wife in Maryland, where their paranormal investigations are top secret. Find Hailey at www.haileypiper.com and at @HaileyPiperSays. 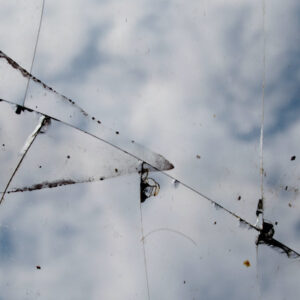 I sometimes use movies to talk about books. In my experience, particularly in classroom settings, it’s easy to point to the story...
© LitHub
Back to top