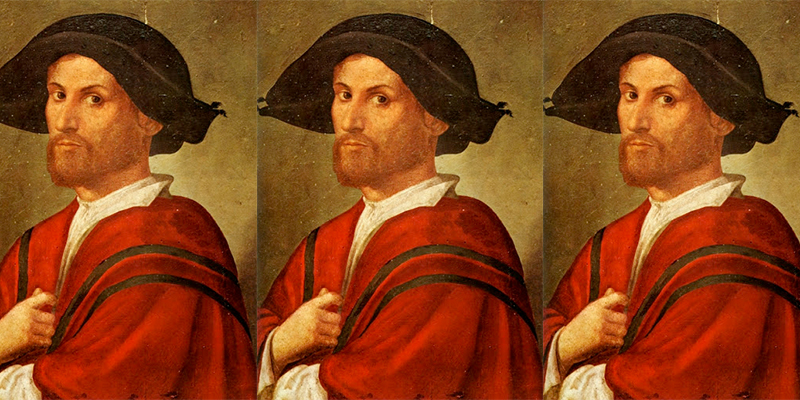 500 years ago, a scion of the infamous Borgias was murdered. Plenty had reason to murder him, but the exact culprit has never been discovered.

The Borgia family is one of the most notorious in European history. Headed by patriarch Rodrigo Borgia—who became Pope Alexander VI—the family was comprised of his four children: Cesare, Juan, Lucrezia, and Jofre, and they were accused of everything from buying the papal election to incest, with lots more in between. Often called “Italy’s first crime family”, the Borgias were in fact nothing of the sort. By and large the way they operated was no different from what powerful families of Italy had been doing for hundreds of years, and would continue to do. Murder, bribery, simony, corruption, and shady political dealings were all par for the course in Italy during the Renaissance, and the Borgias played the game with the best of them. Yet they ended up more vilified than most, as well as accused of evils they never committed—the rumors of incest between Lucrezia and her father and brothers, for instance, have no historical basis in fact.

As such, there’s a lot of question as to what is myth and what is fact regarding the Borgias. And yet buried beneath all the rumors and scandals is a historical murder that remains unsolved to this day: the murder of Juan Borgia, Duke of Gandia, the second son of Rodrigo Borgia and his longtime mistress, Vannozza dei Cattanei.

The facts are these: on the evening of June 14, 1497, Juan Borgia was least seen leaving a dinner party at his mother’s home, in the countryside near Rome. The next day, he was nowhere to be found, which wasn’t altogether unusual at first: Juan had a habit of carousing through the streets of Rome of an evening. Yet once an entire day passed without his reappearance, Pope Alexander grew greatly worried about the whereabouts of his favorite son, especially after it came to light that, upon leaving the party, Juan had sent his companions (including his brother Cesare) and his attendants away to embark on some mysterious errand—it had been assumed at the time that he was meeting a woman. Duly alarmed, the pope sent his men out into the streets of Rome to search for Juan.

Eventually, on June 16th, a timber merchant named Giorgio Schiavi came forward with the information that, on the night of Juan Borgia’s disappearance, he had been out on the Tiber River keeping watch on a shipment of his lumber that had just been unloaded. While standing guard on the riverbank, he described seeing a rider on a white horse appear with a body slung across the saddle, accompanied by four men on foot. At the rider’s direction, the four men took the body and flung it into the Tiber, then threw stones at it until it sank. Their grisly deed completed, they all retreated down an alley and into the night.

When asked why he had not immediately reported this incident to the authorities, Schiavi is reported to have said “I have seen more than a hundred bodies thrown into the river right at this spot, and never heard of anyone troubling himself about them.”

Buried beneath all the rumors and scandals is a historical murder that remains unsolved to this day: the murder of Juan Borgia.

After receiving this information, Pope Alexander ordered the river be searched, and in short order the body of Juan Borgia was pulled from the Tiber. He had a total of nine stab wounds, dispersed across his neck, head, legs, and torso. He was fully clothed, and a purse containing 30 ducats was still attached to his belt, thus ruling out robbery as a possible motive.

Pope Alexander was inconsolable upon learning of the murder of his favorite son; indeed, in consistory a few days later, he said “Had we seven papacies, we would give them all to have the Duke alive again.” The pope began making inquiries into who had ordered Juan’s assassination, yet after only a few days, these inquiries were suspended and never resumed again, seeming to suggest that the culprit had been discovered, and that there was no action the pope could—or would—take against the person or persons responsible. So who was responsible?

Suspects abounded and rumors spread, not only within the Vatican and in the streets of Rome but eventually within the courts of Europe. One of the first suspects to be mentioned was Cesare Borgia, Juan’s brother and then a cardinal in the church. Cesare and Juan had long had a fierce, intense rivalry, to the point of hatred. Cesare was resentful at having been forced to follow his father into the church and had always preferred a military career, which Juan had been given instead, and promptly made a hash of. No less a person that Queen Isabella of Spain was apparently convinced of Cesare’s guilt in the matter.

There was also the third Borgia brother, Jofre. It was well known that Juan had been having an affair with Jofre’s wife, Sancia of Aragon, so many theorized that Jofre had had his brother killed out of jealousy.

Other suspects included members of the ruling family of Milan, the Sforzas, particularly Cardinal Ascanio Sforza and his cousin and Lucrezia Borgia’s husband, Giovanni Borgia. At this time, Pope Alexander and Cesare were looking to get Lucrezia a divorce from her husband, as the Sforza alliance had at that point lost its political expediency. Therefore it was thought that the Sforzas were looking for revenge on the Borgias, especially as Giovanni and Juan had also had a violent disagreement during a recent military campaign. This was dismissed by Pope Alexander himself, as were the rumors about Jofre being involved; and in truth the Sforzas had much more to lose at that point by making an enemy of Pope Alexander than by going along with the divorce (which they eventually did).

While Cesare is the preferred culprit of many, no doubt simply for the drama that explanation would suggest, in fact the more likely guilty party was the Orsini family, one of the leading noble families of Rome. Pope Alexander had long been at odds with the Orsini clan, a situation which had been exacerbated when, a few years earlier, the Orsini had sided with the invading French, rather than defending Rome and Naples—which the French king sought to conquer—as they had initially promised to do. Once the French had been expelled from Italy, Pope Alexander sent an army to take the Orsini land and castles in his name. At the head of that military expedition? Juan Borgia, Duke of Gandia. Juan, being generally incompetent at every task given to him, failed miserably, resulting in great embarrassment for Pope Alexander and for the Borgia family. What likely further fueled the rage of the Orsini family was the death in January 1497 of patriarch Virginio Orsini, who had been held in prison in Naples since the Orsini turned coat during the French invasion in 1494. There is a reason the word “vendetta” is an Italian word, after all. From the Orsinis’ perspective, what better way to enact their revenge on Pope Alexander than by murdering his favorite son?

So while there is no hard evidence that the Orsini were behind Juan’s murder, it would seem likely, and might also explain Pope Alexander’s abruptly calling off the search for the killers (and whoever had paid them): he would need to bide his time before striking again at such a wealthy and powerful family, and indeed the Borgia feud with the Orsini family would continue on in the years to come.

In my new novel, The Borgia Confessions, I chose a different explanation than the most likely one for Juan’s murder—I chose one that combined a few different theories and, to me, offered the best dramatic possibilities. That is, after all, the novelist’s privilege. But who really killed Juan Borgia? We’ll probably never know, but I still ponder it every time I walk along the Tiber in Rome.

ALYSSA PALOMBO is the author of The Violinist of Venice, The Most Beautiful Woman in Florence, and The Spellbook of Katrina Van Tassel. She is a recent graduate of Canisius College with degrees in English and creative writing, respectively. A passionate music lover, she is a classically trained musician as well as a big fan of heavy metal. When not writing, she can be found reading, hanging out with her friends, traveling, or planning for next Halloween. She lives in Buffalo, New York, where she is always at work on a new novel.

Six Nonfiction Books You Should Read This February 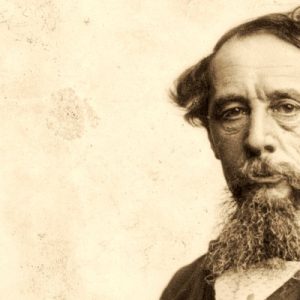 The true crime podcast Serial was groundbreaking—an “audio game-changer,” according to the Peabody Award jurors who gave...
© LitHub
Back to top