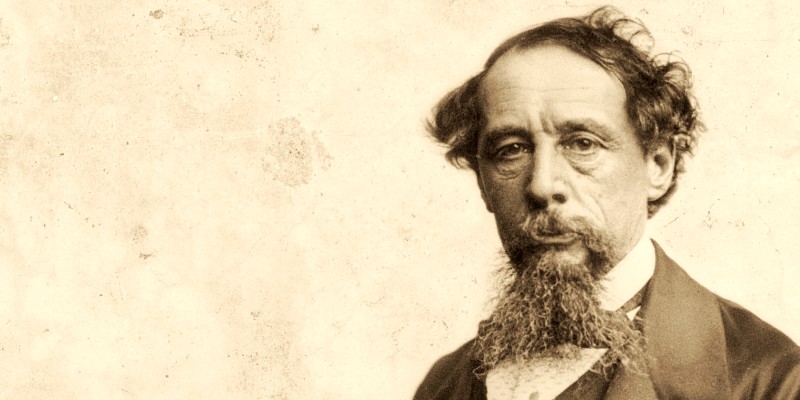 Barnaby Rudge was a new kind of 'crime' story, with an unresolved murder tale which unfolded orally and serially. Today's podcasters are chasing the same magic.

The true crime podcast Serial was groundbreaking—an “audio game-changer,” according to the Peabody Award jurors who gave it the prize in 2014. Yet as host Sarah Koenig notes, the show’s serial format “is not an original idea. Maybe in podcast form it is…But trying to do it as a serial, this is as old as Dickens.”

Serialized storytelling is indeed indebted to Charles Dickens and to nineteenth-century fiction more generally—but podcasts like Serial and those that followed in the true crime genre have more in common with Dickens’s fiction than sequential release alone. The 1841 Barnaby Rudge, a double-plotted murder story and historical ­fiction set during the 1780 Gordon Riots in London, may seem a far cry from our present podcast phenomenon. Yet this novel, which in some sections reads like a kind of true crime narrative, uniquely presages true crime podcasts by introducing murder as a story to be told by an involved narrator.

It’s the dark and stormy night of March 19th, 1775, and parish clerk Solomon Daisy is asked to tell the tale of a double murder committed 22 years ago to the day.

Barnaby Rudge begins with a crime story. It’s the dark and stormy night of March 19th, 1775, and parish clerk Solomon Daisy is asked to tell the tale of a double murder committed 22 years ago to the day.  Solomon takes his job of storyteller very seriously and infuses his telling with drama, beginning with a cliffhanger until the room waits with bated breath for him to continue. In telling his tale, Solomon introduces what will be the central plot of the first part of the novel. The novel’s second half will turn to the 1780 anti-Catholic Gordon Riots, and eventually the two plots will come together amidst the pandemonium.

But before all that, we join the patrons of the Maypole in listening to Solomon’s story—and a dramatic story it is. The night in question, he begins, “was just such a night as this; blowing a hurricane, raining heavily, and very dark—I often think now, darker than I ever saw it before or since.” Solomon is alone in his church, doing a fine job terrifying himself by letting his imagination run rampant. He’s getting ready to ring the church bell when he hears another bell—a bell he interprets as a sign from beyond the grave: a corpse bell. The next day, he learns that the wealthy Reuben Haredale was murdered, and realizes what he took for a corpse bell was actually an alarm. So this is Solomon’s story: it’s a story about how he heard a crime taking place, mistook it for a supernatural event, and did nothing. But he proudly tells and retells (and retells) this unresolved mystery tale through the years. In fact, he has very effectively branded himself the sole sanctioned storyteller of the local drama, to the point where those in the Maypole think of the tale as “Solomon Daisy’s story.”

Article continues after advertisement
Barnaby Rudge’s murder mystery is thus presented to us as a spoken tale, told over time, and unresolved.

Barnaby Rudge’s murder mystery is thus presented to us as a spoken tale, told over time, and unresolved. And these characteristics of orality and duration are, I would suggest, echoed in investigative true crime podcasts today. The podcast form is particularly suited to true crime: it is a form that can accommodate the messy, capacious, ongoing, and dissatisfying nature of real mysteries. “Every crime scene,” explains medical examiner L.J. Drakovic in an episode of the podcast This American Life, “is a story of its own, is a novel. And it opens up in every direction.” Podcasts have a unique capacity to accommodate this type of expansion, for it is relatively easy to extend seasons, add follow-up episodes, or create tangential sub-series, like weekly listener Q&A sessions posted in tandem with regularly scheduled episodes. In their use of storytelling techniques, podcasts also suggest a link between truth and fiction. As Drakovic puts it, a crime scene is a story, a novel—a work not unlike fiction, requiring one’s imagination to solve the crime.

One possible way to categorize true crime podcasts is according to the method, style, and purpose of each. Methodologically, they are often framed either as reports or investigations—concluded or ongoing, in other words. Their narration style ranges from anonymous self-abnegation to narrator-as-character or even subject. And the primary purpose of these podcasts ranges from informative to entertainment.

Casefile True Crime is an example of an informative, anonymously narrated, report-based podcast. In this excerpt, we hear the podcast’s famously anonymous host reading a description of a crime, almost as though he’s reading from a Wikipedia entry.  This show is full of facts, facts, facts. The point is not the host or his interpretation, but rather who, what, where, when, and how the crime occurred.

Things change dramatically when the purpose changes to entertainment and when the narrator is recast as a character. The most obvious example of this style is that adopted by My Favorite Murder, a cross-over true crime/comedy podcast that boasts 19 million listeners each month. As you can hear in any number of the show’s episodes, hosts Karen Kilgariff and Georgia Hardstark banter away, interrupting one another and exploring many, many tangents. True crime is the hook here, but at the same time it’s an afterthought. This podcast is more about the narrators than it is about the crimes they describe.

If we de-center the narrator but retain the reporting and entertainment focus, we might end up with something like Stranglers, which comes across like a television documentary without the visuals. Podcasts like this one tend to be overproduced, the participants clearly have scripts, and there’s plenty of dramatic music and sound effects, evocative of radio’s golden age. For instance, in this episode, the narrator describes a prison break, and background sounds are layered in to add atmosphere.  The sound effects, theoretically designed to bring us closer to the story, paradoxically remind us that we are listening to a construction. They complicate the truth through their focus on dramatic storytelling, blending techniques of fiction with ostensibly fact-based content—similar, in some ways, to historical novels.

All of these excerpts report about crime. But those podcasts that investigate crime are more relevant to Barnaby Rudge and serial fiction of its type. The investigative true crime podcast is nearly always a serial, for the mystery is ongoing: either the crime has not been solved, or there is some question surrounding the case compelling a reassessment or inquiry. Just like the start of Barnaby Rudge, investigative narratives are to some degree open-ended; there is something left to explore, to investigate, or to know. The implicit promise of these podcasts is that they will uncover the mystery for us, in real time as we listen—just as the implicit promise of Barnaby Rudge is that the novel will solve the murder mystery for us as we read serially.  Occasionally, they reach out directly to listeners, asking for audience participation in order to solve the crime. Due to their ongoing, incomplete nature, they are informative and entertaining. Indeed, this type often employs storytelling techniques—plotting, character development, dramatic description, and sometimes background music. And the narrator of these podcasts, while sometimes attempting to be objective and self-abnegating, is, as investigator, also a participant or even somewhat of a character in the show.

Serial follows this model, as do many popular examples of the genre: Up and Vanished, Someone Knows Something, Atlanta Monster, Bowraville, S-Town, Accused, In the Dark, Bear Brook…the reporters in these podcasts are not anonymous and are not detached from the stories they tell. An extreme example of a very involved narrator-character is Payne Lindsey, creator of Up and Vanished. About two minutes into the first episode of season one, Lindsey describes how he came to make the podcast. In this nearly two-minute aside, Lindsey makes the podcast about himself—focusing, as does Solomon Daisy, more on his role in the narrative than the crime he describes.

Entertaining narrator-investigator true crime podcasts—a subgenre of a subgenre—share several characteristics: like other podcasts, they, as auditory media, compel co-creative, imaginative participation among listeners. They also employ fictional storytelling techniques, including character development, dramatic atmospherics, and (in a device that is often in tension with these stories’ expansive and incomplete nature) plotting. They feature an investigative narrator as a participant in a story that is ongoing and about more than just an individual tale of crime—told over a duration, these stories sprawl, often inelegantly, collecting fragments as they go, some of which may mean something, others of which may not. There is at times a tension in these podcasts between the demands of good storytelling and the demands of the actual story—between qualities of fiction and the messiness of life and death.

These podcasts’ complicated negotiations between truth and fiction resonate with Barnaby Rudge—and, we might add, with the Victorian serial realist novel more broadly. Dickens in particular, I think, would have appreciated the true crime podcast fad: he was committed to oral storytelling, and during his second trip to America in 1867-68 he made more money from dramatic readings of his novels than he did from the sale of the books themselves. To say that Barnaby Rudge is not Dickens’s most popular novel, or even his most popular historical novel, is a bit of an understatement. But maybe it was stylistically ahead of its time. Today, the crime storytelling style this less-than-mainstream novel presaged has become a cultural phenomenon.

Susan Cook is an Associate Professor of English at Southern New Hampshire University and the President of the Nineteenth Century Studies Association. Her book, Victorian Negatives: Literary Culture and the Dark Side of Photography in the Nineteenth Century, approaches Victorian literature from a multi-media perspective. She is a true crime podcast enthusiast and teaches courses on British crime literature. 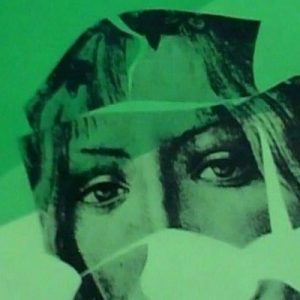 From first grade through high school, I attended Catholic school in Brooklyn, New York. This meant knee socks and nuns, plaid...
© LitHub
Back to top